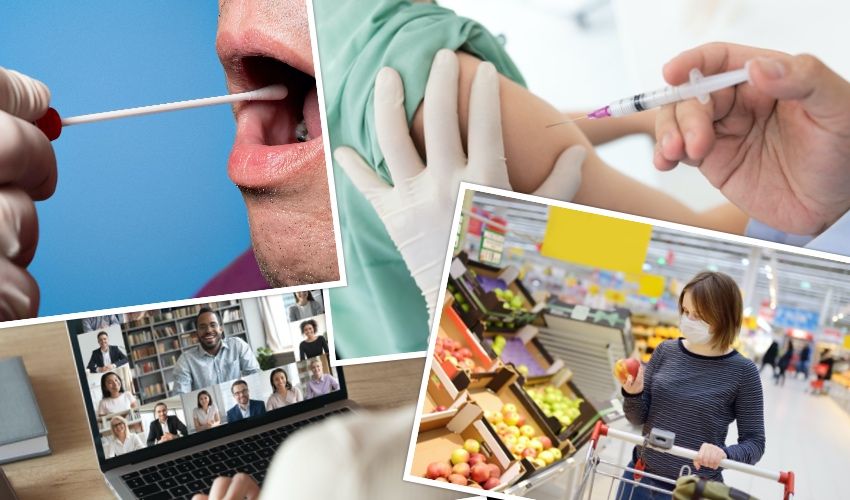 Boosters are now being offered to all adult islanders and mask-wearing in indoor public places will become law again in the New Year to fight a "large" expected wave in the Omicron variant of covid.

Although there are no confirmed cases of the more transmissible mutation in the island, public health experts think it is highly likely that it is already in the community.

They also think that a significant wave of the variant is expected in the New Year, with an infection peak "much higher" than Jersey experienced last Winter.

To prepare for this, the Chief Minister has this afternoon announced a new set of measures.

The Chief Minister said the Government was acting "proportionately" in response to studies on the Omicron variant, which have shown that it spreads far quicker than the Delta variant.

"What is clear, is that Omicron is more transmissible than other strains, and cases are currently doubling every two to three days in the UK. If this rate were to be replicated in Jersey, we would reach an infection peak that could be much higher than experienced last winter," he said.

Senator Le Fondré went on to explain that research has also shown that having three vaccine doses provides up to 75% infection protection against the Omicron variant. This is not the case for two doses, which have been found to have a significantly lower level of effectiveness compared to the Delta variant. 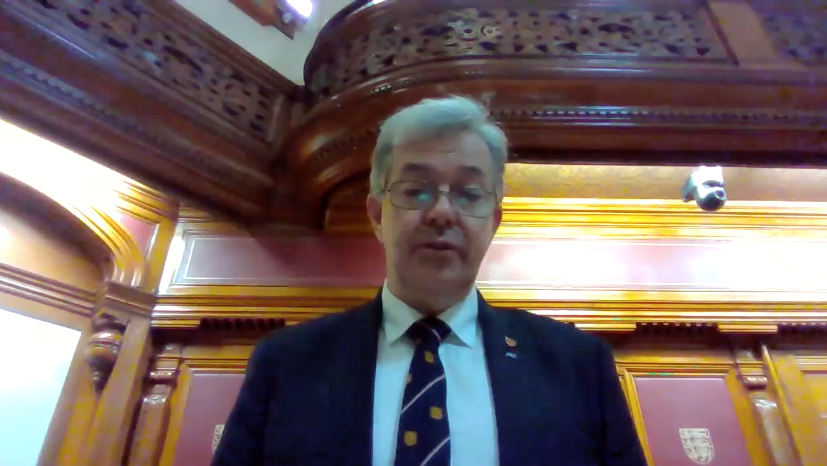 44% of Jersey's adult population have already received their booster – a figure the Government wants to increase in the coming weeks, by making it available to everyone over 18 and opening a communications offensive to encourage uptake.

He said that the Government was aiming to achieve an 80% uptake in booster vaccinations by mid-January 2022.

Deputy Medical Officer of Health Dr Ivan Muscat described delivering boosters to the outstanding 31,000 people who haven't had one as the "single most important" measure to deliver "as soon as possible".

“The reason I emphasise that is if you look back at the pandemic, the one thing that has made the single biggest difference to the effect of covid on the population has been the introduction of vaccination," he explained.

“We really need to remember that and act in accordance with what we’ve learnt.”

Although Omicron has been found to spread far quicker than the Delta variant, as a result of its higher transmissibility as well its ability to evade vaccines that had been given so far, its severity in terms of infection is yet to be determined.

This means the Government cannot say with any certainty if the expected spread of the Omicron variant will lead to more hospitalisations.

However, Ministers do say that if we have a significant wave of Omicron, it could increase pressure not just on the hospital but also other care settings around the island.

In the last wave of covid, for every 100 people becoming infected, one islander had to go to hospital. That figure still forms the basis of Government planning.

Senator Le Fondré said Jersey's healthcare services remained "in a resilient position" and that everyone in hospital with or due to covid was able to be treated.

"We are acutely aware of the pressures being placed on care and nursing homes, as well as home care services, and [Competent Authority Ministers] have instructed officers to work closely with this sector to ensure that they have the resources and processes to support residents who are returning to their care after a stay in hospital," he said.

"By ensuring they can return home safely, we will maintain the important capacity in hospital for new admissions. We will also work with this sector to explore all options for expanding their capacity in order to support those patients leaving hospital and requiring additional care for the first time."

Senator Le Fondré said that measures were being kept "under constant review, to ensure they are proportionate to the potential risks we face as a community", adding: "We will step them up or step them down as appropriate."

He answered questions from States Members on the latest measures at the beginning of this afternoon's States Assembly meeting, which you can watch HERE.

Islanders who have received a booster dose will start receiving their paper covid certificate from today. The certificates will be sent in the post to anyone who received their third jab before 8 December. Anyone who had it afterwards will be sent a certificate within two weeks of the dose.

The digital portal for getting a QR code that can be used as vaccination proof by travellers in the UK, EU and wider world - which was shut down hours after launching in October due to a security issue - remains inactive. Government officials said "an update will be provided soon."

In the meantime, islanders can request one by calling the covid helpline.

Posted by MichaelEvans46 on Dec 15th, 2021
Why masks from the 4/1/22, that’s 3 weeks away, do it from now!
Posted by Jon Jon on Dec 15th, 2021
Omicron is probably here ,not telling me with amount of travelling to uk by people we are still clear of it.Why wait 3 weeks,bring this in now,again a dithering politician. Maybe they should of banned all non vaccinated off the streets to finish off!
Posted by Danny Moisan on Dec 15th, 2021
if they change the name from Omicron to "Fluffy Bunny" the believers won't be so afraid!!! amazingly none of my family are vaccinated and unbelievably none of us have caught covid! oh and none of us have been tested...... I can't wait for reporting in 2025 when the certs will state, 26 times jabbed and 12 times booster certificates, surely now is the time to stop the ridiculous waste of money and time on testing, maybe if a the vaccine actually worked then we could all crack on!
Posted by nigel pearce on Dec 15th, 2021
Dr. Muscat has been designated deputy MOHfor a long time now. With his excellent record, surely it is time for him to be promoted to Chief MOH.
Posted by Lesley Ricketts on Dec 15th, 2021
I have had all 3 vaccines, but really if they only last 6 months is there any point?
Posted by Citizen Noone on Dec 15th, 2021
What is the difference if you are vaccinated or not in regards with virus transmission? It will protect the vaccinated, or the one not vaccinated?
Posted by Sheila Young on Dec 15th, 2021
Yes 'why are we waiting' springs to mind. If wearing masks can reduce transmission then why the delay, it makes absolutely no sense. Don't wait to be officially told, wear a mask now and do your bit to protect each other as much as possible.
Posted by Gillian Gracia on Dec 15th, 2021
Le Fondre could not make it more obvious that he is protecting retail, hospitality, et al until the spending and celebrations come to a halt. Bad, bad decision which will come back to bite him in the bum, whilst people become infected unnecessarily. Thanks Chief Minister.
Posted by Keith Marsh on Dec 15th, 2021
The fool almost does the right thing and bring in tougher restrictions ~ but then remembers the famous Jersey phrase ~ we want your money ~ so delays good sense until January.
God help us, because JLeF certainly won't
Posted by Keith Marsh on Dec 16th, 2021
Totally agree with Nigel It is time Dr Muscat was given the top job.
To place a comment please login Login »