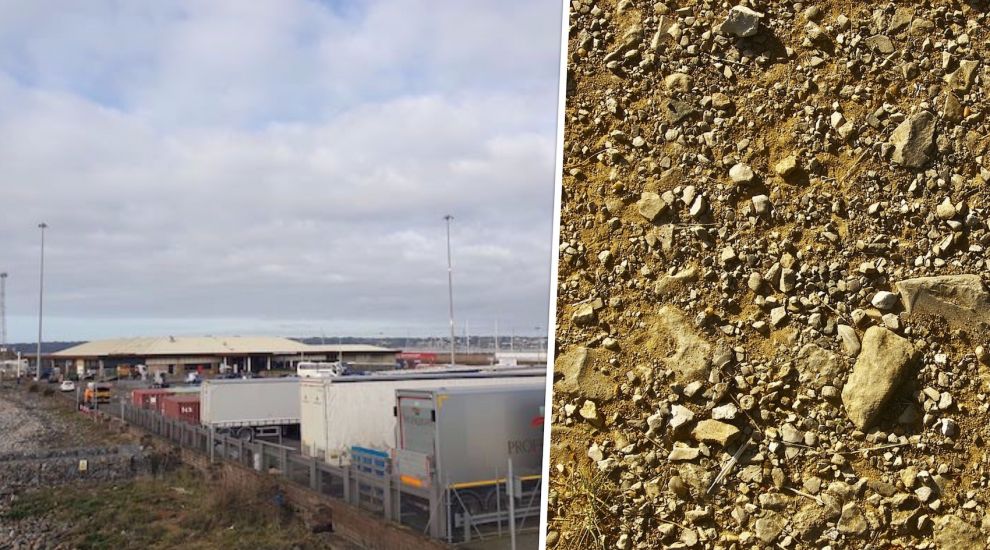 Jersey's harbour would be put under pressure and major changes would be needed to increase capacity if Jersey is forced to import more construction materials in future rather than producing them on-island.

Steve Tanner, Group Capital Projects Director, said capacity may be able to be increased under the 'Masterplan' to redesign parts of the harbour zone, but that it wouldn’t be able to cope with importation levels of 260,000 tonnes of aggregates per year if local production ceased.

Discussions are currently underway about the future provision of sand and aggregate, key materials for the construction industry.

The only provider of building sand in Jersey, Simon Sands recently suspended excavations at St. Ouen’s Bay because high construction demand had exhausted reserves quicker than expected and the Government had not extended its licence to extract fresh material.

Meanwhile, debate is raging as to whether the expansion of Granite Products’ quarry at La Gigoulande should go ahead - something neighbouring residents are strongly opposing.

Both issues have led to warnings from the construction industry that, if Jersey cannot get such materials locally, delays and cost rises will result. 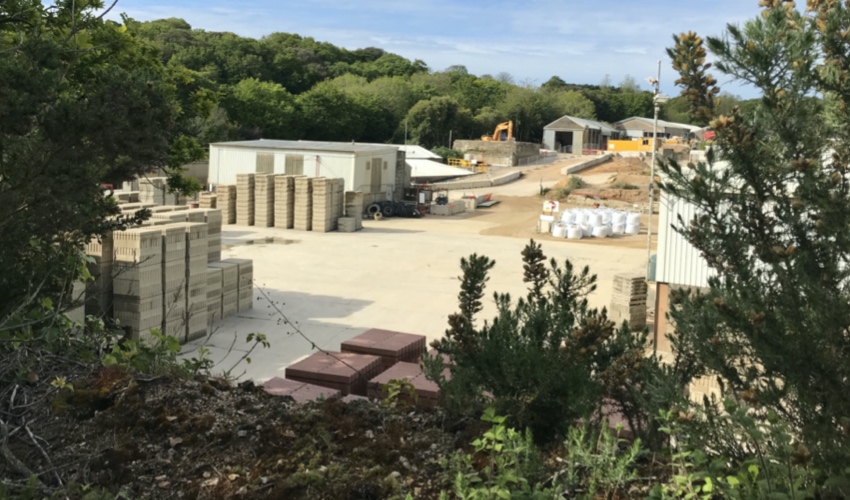 Pictured: Discussions about whether La Gigoulande Quarry should be expanded are underway.

On Wednesday, Chartered Town Planner Jeff Salt looked into the proposed extension of quarries and discussed the potential financial, environmental and practical issues that would arise from local production ceasing during one of the public meetings  held as part of the ‘examination in public’ of the three-year ‘bridging’ Island Plan.

Mr Tanner explained that Ports of Jersey are currently able to deal with the demand for sand, which is imported through bulk bags and thus does not require a dry plant. In addition, he said Ports of Jersey had planned on the assumption that 60,000 to 70,000 tonnes of sand would need to be imported if there was no on island production.

“In reality the volume of sand that is being imported at the moment and is likely to be imported in the foreseeable future is something that we can handle,” he said. “We don’t do it in the most desirable and operationally efficient way just because of the nature of the infrastructure.

“However our own infrastructure plans did make assumptions with respect to sand ceasing from an on-island production in 2023 anyway, so we are preparing our own plans for investment which would enable greater management and importation of goods because there is an overall freight dynamic for the island, not just sand and aggregates, and the increasing elements mean there are capacity constraints for us as an island so in order to safeguard that operation for the island we have a plan now which will significantly increase our capacity and enable the importation of products moving forward.”

“You could see challenge if there was significant change around the importation of aggregates on island but from a sand perspective we have plans.”

Mr Salt questioned what would the implications for the port if the expansion of the quarry at La Gigoulande didn’t go ahead and the quarry stopped its activity in seven years, which would require the importation of up to 100,000 tonnes of crushed granite products a year.

“If it happened now, it would be a significant problem from a capacity perspective but presuming that we progress with our plans and by 2024 we should have capacity to take on quite a considerable large volume of freight, which would enable us to do some of that."

He then added: “We do have longer term plans that we could develop that would enable that but it would be some way into the distance. Looking at the importation that would be required based on the volumes that are shared in the island report, which we agree with from our own work, I think that gradual change in freight requirements around aggregates is something that we would absorb in the short-term.”

“It breaks down in the cargo as you take it across, so if you are taking in 100,000 tones through the port, the island would have to look at how we actually process that once they got into the island to put it back into specification,” he said.

“You would need somewhere for screening that and processing that. I don’t know if you would have that near the port or whether you would carry that somewhere else to process it, but you can’t make the assumption that you can import it as a finished product, it’s not like a car, it actually breaks down into smaller sizes in the cargo.”

Posted by Guy de Faye on Dec 3rd, 2021
Could the Government of Jersey leadersip explain why - just as the Island is about to embark on its biggest ever construction project costing well over £Half a Billion, together with an extensive house building programme to tackle the "Housing Challenge" - we are simultaneously curtailing the mining of local sand and there are moves to end quarrying at La Gigoulande?

Importing these materials will be much more expensive and will require additional spending on new port facilities.
This will disrupt the Ports of Jersey venture into the residential accommodation market and create difficulty in establishing the new facilities needed for the future of Jersey's fishing industry.
These include provision for unloading catches to check quotas, freezing and refrigeration for exporting wet fish and purification tanks for shellfish - given the certainty of decades of difficulties with France.

When I moved to the East of the Island I had not realised I had wandered into a parallel universe. Do other Express readers feel similarly perplexed?
Posted by Jon Jon on Dec 3rd, 2021
This Island needs to use its own resources instead of importing in.This simply will add to the costs of any building,pushing property prices higher,youngsters havn’t a chance . People that have bought properties around these quarries know there is one close by and it’s pretty obvious these quarries will need to expand.Live with it!
Posted by Scott Mills on Dec 3rd, 2021
Can't you smell the Horseshoe deals... it may be more expensive, but lines certain people(s) pockets... There's definitely more to this. And Guy de Faye, welcome to the real part of the island...atleast living in the east you won't get nosebleeds when you drive closer to town. Especially driving through the tunnel of no-man's land. Plus has nicer and more interesting beaches.
Posted by Sarah Simon on Dec 3rd, 2021
The cost of sand has tripled due to Government incompetence and lack of logic! Not sure this helps much with building costs let alone the carbon footprint of importing materials that, oh yeah, can be mined locally.
Why on earth take up space and/or unnecessarily expand a port dock with aggregates you can mine locally? Is it because you need more landfill due to the increase of waste from a population with no stringent immigration policy?
Lack of policy, lack of foresight and a consistent lack of logic... This should be our Governments slogan for the island bridging plan and wait for it, in 3 years the plan has to be revised at more cost to the taxpayer.
Posted by Jon Jon on Dec 4th, 2021
Government spends far to much time listening to the greenies!Annoying LITTLE people they are!!
To place a comment please login Login »