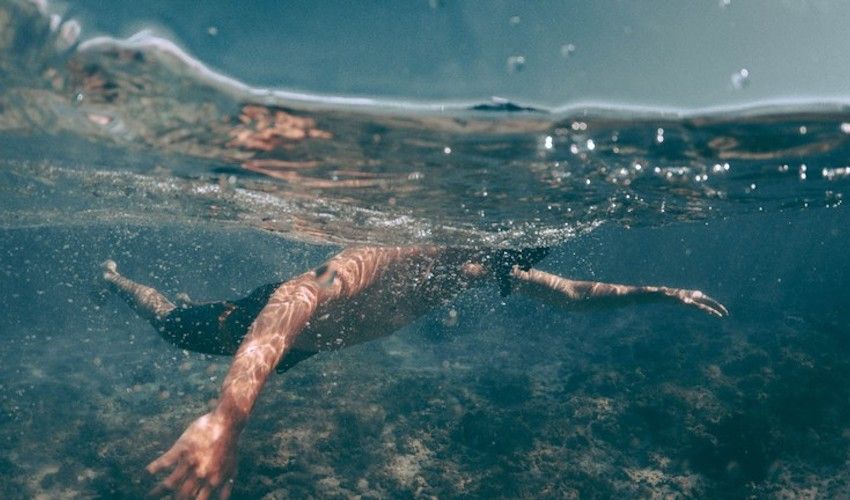 An islander, who at his lowest mental health point was visited by a crisis team daily, has explained how swimming in the sea helped bring him back from the brink to encourage others to get active to improve their wellbeing.

Phil Austin shared his experience as part of World Mental Health Day, which this year has a local focus on the benefits of sport and physical activity.

The Jersey Recovery College volunteer told Express that his mental health began to spiral two years ago, but that he has since picked up through a combination of medication and exercise, including going to the gym, cycling and swimming in the sea – something recent research has praised for its role in treating depression and anxiety.

When he first became unwell, Phil was signed off work for a week, then a month. He eventually went back to the UK to be with family and friends; but he got worse,  at one point receiving daily visits from a crisis team.

Despite previously being active, the islander said his illness meant he lost interest in exercise, explaining that he just wanted “to curl up in bed.” Fortunately, things changed for the now regular gym-goer after a few months. 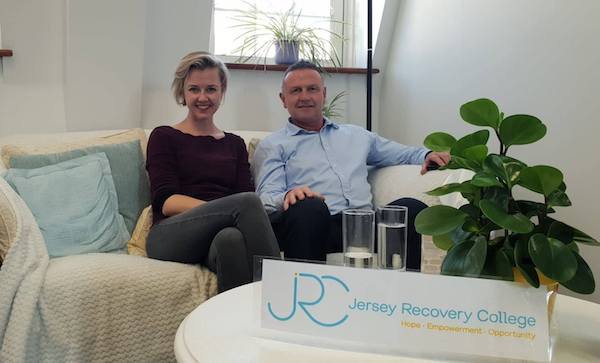 “I used to go [to the gym] and think, ‘Everyone is looking at you.’ You become a bit paranoid. Once I felt better through the medication I was able to go to the gym again. It made me feel good physically and mentally.”

Phil now exercises regularly, hitting the gym, cycling and swimming in the sea weekly – a habit he picked up during an open water swimming course with local mental health charity, the Jersey Recovery College. He has now become dedicated to the cause, and extolls its virtues, which have recently been supported by research suggesting that the 'shock' of cold water can improve stress responses.

“I swim once a week all year round. Sea swimming is very good. The cold is scientifically proven to be good for your mental health and the exercise part is obviously very good for you too," Phil explained.

“Exercise was a major part of my recovery,” he admitted, later adding: “You can set your goals and see your progress. It’s good for your self-esteem. It makes you feel good physically and helps with your confidence, which is a big issue with mental health as it goes to zero when you are ill. It also makes you more alert at work.” 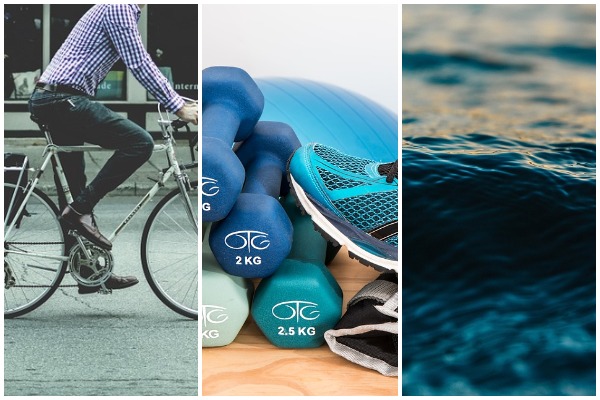 Pictured: Phil says swimming, cycling and going to the gym have been a great help.

Now a volunteer at Jersey Recovery College, Phil hopes to share that message with others, especially men, who he says don’t talk about their problems openly often enough - one of the reasons behind the statistic that suicide is the biggest killer of males under 45.

Jersey Football Aid founder Martin Cassidy shares those hopes, having suffered anxiety and low self-confidence, while also observing players “struggling and bottling it up” over his years in football.

Doing well at work and starting a family played a role in tackling his problems, but he also says that mindfulness and exercise were a “massive” help.

"If you go for a nice long walk, you don't just think about how stressed you are. You take in the fresh air, there is nature around you. We live in a beautiful island and I think sometimes people tend to spend too much time on things that don't matter instead of focusing on the basics in life."

Over the weekend, Martin took part in a football game with 33 other players, helping raise £4,000 to go towards new courses at the Jersey Recovery College.

“We try and champion that people should open up. If you have a sore knee, like I have after the game, you go and see the doctor and get it treated. But if something if wrong with your mental health you just let it work its way out. People should put their mind first, it's the most important part of your body!" he said.

Continuing to raise awareness of the importance of physical activity for wellbeing, the Jersey Recovery College will be in town today. They will be running a ‘Marathon for Mental Health’ on a treadmill and cycling on a stationary bike in Charing Cross, as well as promoting their courses around Broad Street and raising funds in front of M&S.

Beth Moore, Jersey Recovery College Manager, commented: “We’re always keen to promote the benefits of sport and physical activity for peoples’ wellbeing and particularly to raise awareness of men’s mental health and to encourage men of all ages to get help if they’re struggling." 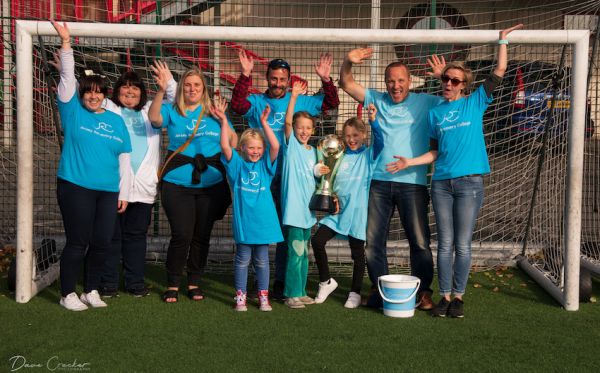 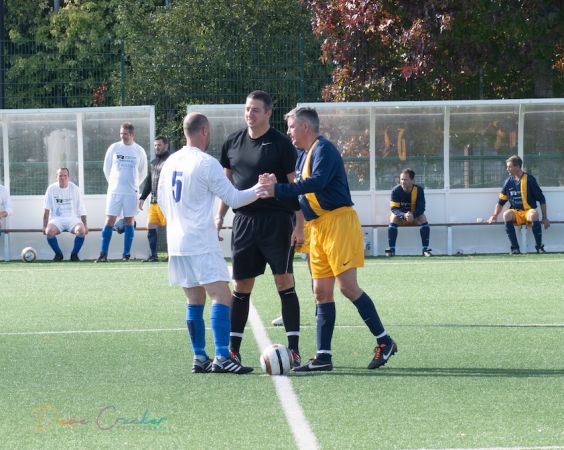 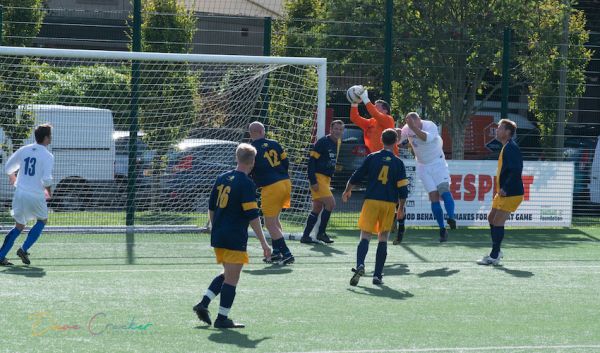 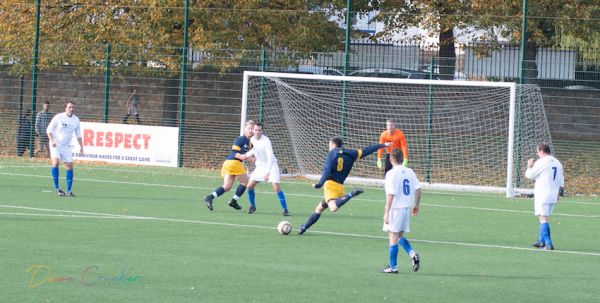 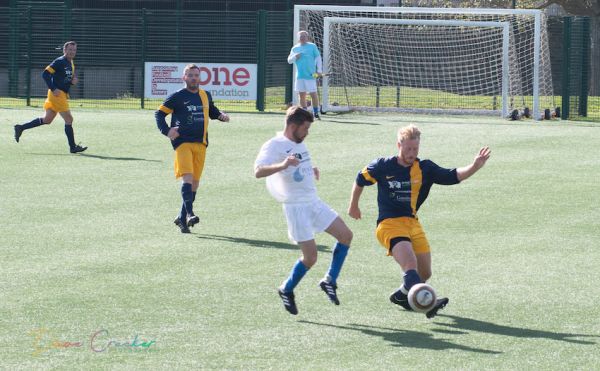 Posted by Peter Richardson on Oct 11th, 2018
I was in that situation too but that was 20 years ago. Back then the senior doctor at a large local surgery concluded I was clinically depressed and gave me a prescription for Prozac, refused to sign me off work and that was that. I had to make the decision to take a few days off ill then resign from my job and look for something else. Thank god we have people who help nowadays and having depression due to severe overwork is not a sackable offence.
To place a comment please login Login »