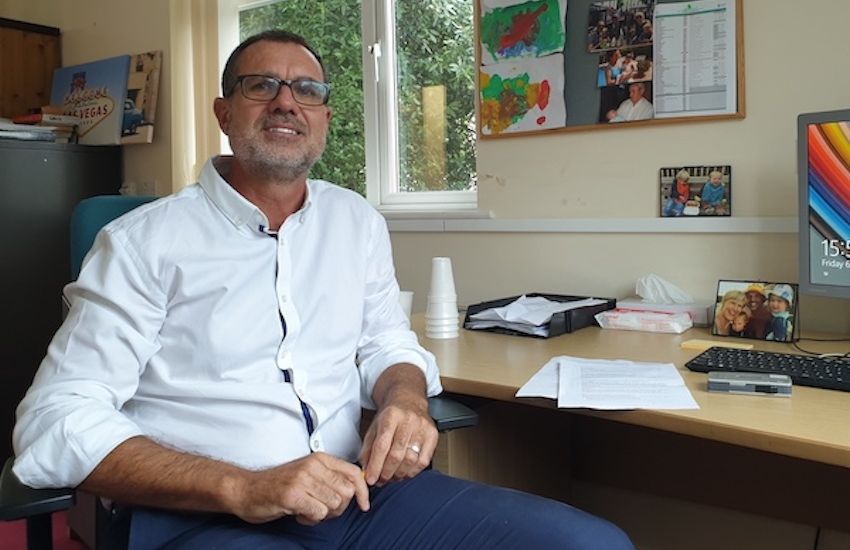 The head of Jersey’s mental health service has stepped down from the leading role after two years in the job to focus on working directly with patients, it has been confirmed.

Dr Miguel Garcia-Alcaraz left his post as Associate Medical Director for Mental Health in September, but will remain a clinical psychiatrist.

No one is currently acting up in the role, and recruitment has not yet started for a permanent replacement to lead the service.

A Health spokesperson said the Government was "considering how best to fill this key role to ensure the continued development of mental health services for islanders.”

Dr Garcia took on the role after more than a decade working in Jersey in the wake of the publication of a damning report into the island’s mental health services, which showed how some islanders had been locked in police cells due to a lack of crisis facilities.

Since then, the consultant psychiatrist has overseen numerous reforms to the service and facilities, including touch-ups to Orchard House and introducing more therapeutic care there, a £1m refurb of the La Chasse adult mental health community centre, and the ongoing £7.5m Clinique Pinel project.

Early on in his tenure, Dr Garcia acknowledged that turning around the service would be extremely difficult, but told Express: “I would not be willing to take this job if I did not believe things could change... We are enabling this to happen. It’s like going from the dark, light is coming at the end of the tunnel. It’s not as fast and clear as you would want, but it’s coming.”

Confirming his departure from the top role to Express, a Health spokesperson said in a statement that Dr Garcia wished to “focus more closely on his clinical work with patients”, adding: “Dr Garcia feels he can best contribute to patients by resuming his role as a full-time clinician.”

“The Executive Team at HCS is very grateful to Dr Garcia for all he has done with his team to take our Mental Health Services forward in such a positive way during his time in this post.

“It has been a demanding role, and one which he has fulfilled admirably. Mental Health services are a huge part of what we provide for islanders.”

The Government is currently planning to invest more than £300,000 in its mental health workforce.

It is currently looking to hire four psychologists with annual salaries of up to £67,000 as part of plans to improve the service. Their responsibilities will range from providing trauma-informed counselling and diagnostic help to producing risk assessments for individuals.

It is also recruiting for an Associate Chief Nurse for Adult Social Care and Mental Health Care, whose job description includes leading the “modernisation” of mental health care among the nursing workforce. The successful recruit will be paid between £78,000 and £86,000 per year.

The new hospital promises a new mental health facility adjacent to the main building, but the Government is still yet to purchase the field earmarked to house it.