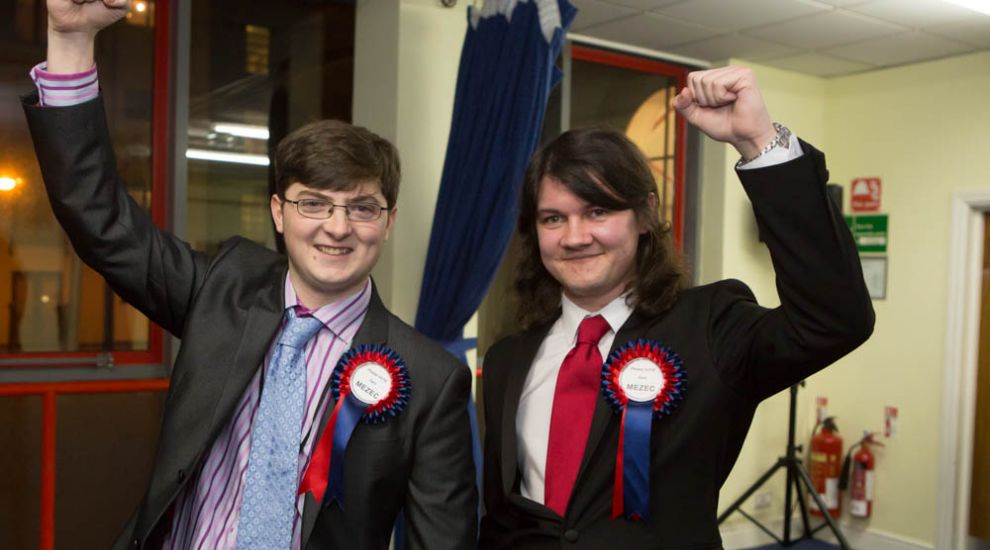 With a low turnout, just 14% of potential voters cast a ballot, Deputy-elect Mezec (pictured on the right of the photo) polled 277 votes with the next candidate being Ian Philpott on 99 votes.

Sam Mezec commented: "It's indescribable. It's incredible to have won by such a large margin. I'm going to work unbelievably hard over the next eight months, and I'd like to thank everyone who voted for me".

Speaking to BBC Radio Jersey immediately after the vote, Deputy-elect Mezec said that his first two changes would be to try and make sure his fellow States members could be thrown out during their term of office for poor performance, and to give the public a vote for the Chief Minister.

The by-election was called after Shona Pitman was kicked out of the States for being declared bankrupt.