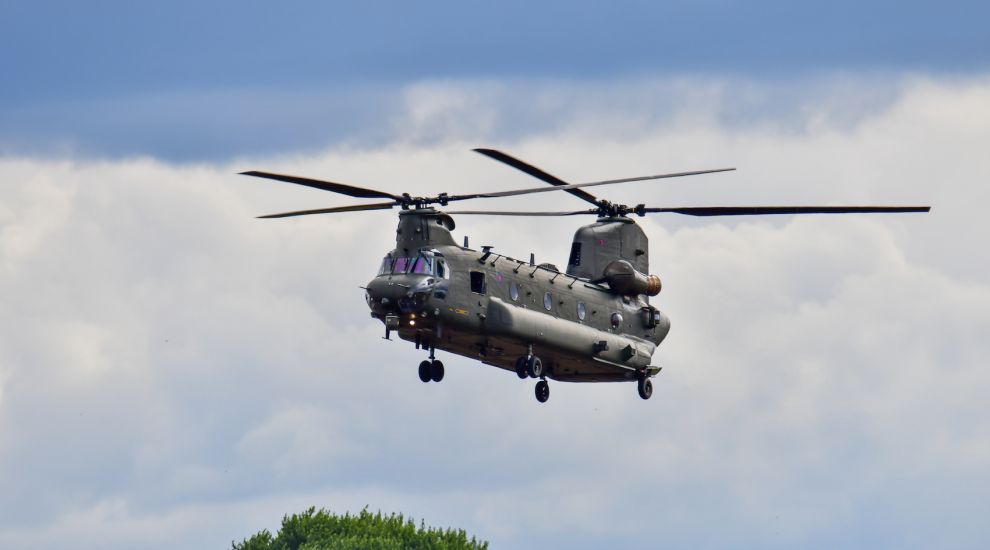 Critically ill covid-19 patients in Jersey and Guernsey will be flown to UK hospitals in military helicopters operated by a new task force of armed forces personnel and NHS paramedics, it has been agreed.

The measure is part of the UK’s Ministry of Defence’s ‘Covid Support Force', which has seen service personnel and reservists put on standby to support the civilian response to the pandemic.

A specific 'COVID Aviation Task Force' has also been formed, with over 300 personnel stationed at air bases across the UK.

The latter are on standby at RNAS Culdrose - a Royal Navy airbase near Helston on the Lizard Peninsula of Cornwall UK - to support Southern England, the Isles of Scilly, and the Channel Islands.

The helicopters will be used to airlift patients from remote areas where facilities might be struggling to cope to hospitals that have available beds in intensive care.

They could also be used to fly in medicines and medical equipment to specific areas as well as specialist doctors where they are needed.

Confirmation that the new task force will be supporting covid-19 patients in Jersey and Guernsey comes after a military helicopter was drafted in late at night to fly a Jersey patient in need of emergency care to the UK last week.

In a statement, a Government of Jersey spokesperson said the aircraft - believed to be a Chinook - landed at 23:00 at Jersey Airport.

At 23:00 a military helicopter landed at Jersey Airport to transfer a patient requiring emergency care to the UK. Military assistance was sought for reasons of patient safety and to avoid delay. In order to protect patient confidentiality no further details will be released. pic.twitter.com/UEvDn3N6TN

It then took the patient to Southampton General Hospital.

However, officials refused to confirm whether the emergency air transfer was linked with corona virus.

Posted by Jon Jon on Apr 15th, 2020
So I presume the flight last week was for a covid 19 patient,it’s far time the states became more transparent and stop hiding things,the public really want to know good or bad news!
To place a comment please login Login »