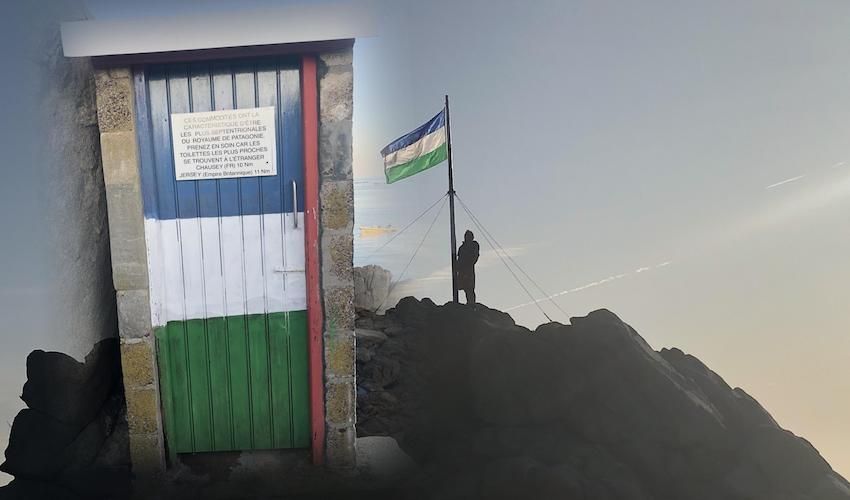 The Minquiers have been ‘invaded’ in the name of a 150-year-old kingdom - the second takeover attempt in 20 years.

An unknown group stormed the group of rocks situated south of Jersey on Tuesday, hauling up the Patagonian flag and repainting the toilets in the tricolore – retreating just moments before the arrival of hut owner Paul Ostroumoff and friend Julian Mallinson.

Express understands that the Police are being informed. The Receiver General, who administers land owned by the Crown, commented: “The Jersey Authorities are aware of the incident and situation will be kept under close review; appropriate action will be taken if there are any further incidents."

Mr Ostroumoff told Express that he had been approaching the Minquiers around 17:00 for his first visit since September on a rib, when the pair noticed that there was a boat in the basin.

Pictured: The 'invasion' has caused a few changes to the Minquiers' iconic toilet building.

He described it as being around eight metres, with a light blue hull and being in a 1980s style.

Noting that it was “an unusual time of year for someone to be there”, with the holiday season long over, the reason for the surprise visitors became clearer as the rib got closer to the Minquiers.

In the distance, he could see a flag flying. Given that it was “low light”, he wasn’t sure what it represented at first.

“I could tell it wasn’t an English flag. I thought it looked Italian or maybe even Polish,” he recalled.

But it soon became clear that the flag’s hoisting was the doing of representatives of the Kingdom of Patagonia, who had ‘invaded’ in the 1980s and 1990s.

The ‘King’ is actually a man called Jean Raspail, a celebrated French author, traveller and, it seems, practical joker. He claims the title as he is reportedly the relative of the French adventurer who declared the short-lived ‘Kingdom of Patagonia’ in Argentina in the 19th century.

Pictured: One of the hut owners on the Minquiers Paul Ostroumoff.

It is unclear whether the invading group included Mr Raspail or was simply representing his ‘Kindgom’.

In any case, Mr Ostroumoff observed that the invasion must have involved some “effort” and planning, as it took a double extension ladder to reach the flag and take it down.

He then set about cleaning the Minquiers toilet – a service those who have properties on the Minquiers take turns to carry out to keep it in good working order – but was in for another shock.

“I thought, ‘Hang on a second, what’s going on here?’ They’d painted it in Patagonian colours and taken down our sign!”

The former sign was a quirky plaque – much loved by visitors – noting that the toilets have “the distinction” of being the most southerly building in the British Isles.

It had been replaced, however, with a new sign in French, translating as: “These toilets have the distinction of being the most northerly in the Kingdom of Patagonia. Take care because the closest ones are in Chausey (France) – 10Nm and Jersey (British Empire) – 11 Nm.”

Pictured: The rocky outcrop has been subject to an invasion from an unknown group.

Upon closer inspection with his friend, Mr Ostroumoff noticed that the paint was still wet, masking tape was stuck nearby, and – much to his disappointment – it appeared that paint brushes had been washed on the rocks.

He set about checking all the huts, and was relieved that there was “no look of forced entry”.

While he said he is sure the actions were done in good humour, he said the ‘invasion’ raises the wider issue of respect for the Minquiers, which lie in a protected zone.

“Putting up a flag is one thing, but defacing a toilet is another,” he said, before reflecting: “We have to look after it to be able to pass it onto the next generation.”

Pictured: Efforts have been made to remove the changes made by the Patagonian 'invaders'.

Speaking of the fate of the Patagonian flag, Mr Ostroumoff says he will be keeping it amid his collection of items ranging from a piano and organ to pub games and other trinkets in his eclectic home, which he describes as a “bit of a museum”.

That is – unless the Patagonian King puts in a claim to get the blue, white and green flag back.

Following the 1998 Minquiers ‘invasion’, the British Embassy ended up having to intervene to get Mr Raspail to return the Minquiers' flag.

He said he would only do this on return of the Patagonia flag, which had to be done on ‘neutral’ territory – a Parisian bar.

GALLERY: A closer look at the scene of the 'invasion'... 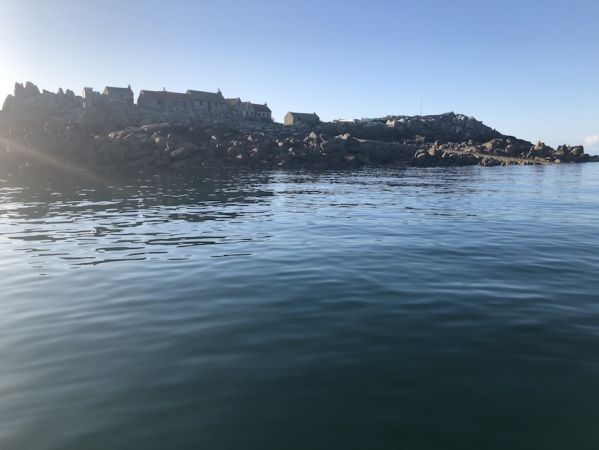 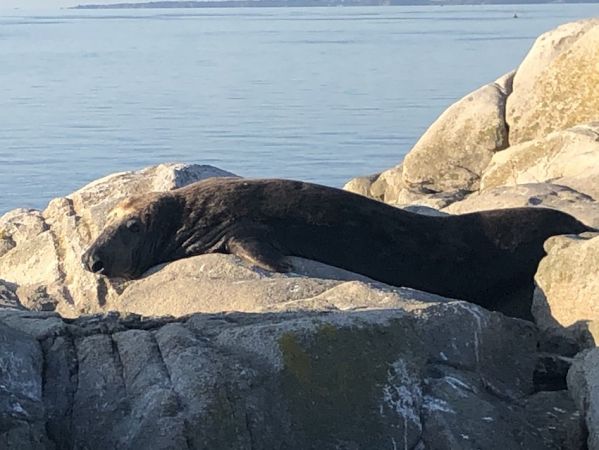 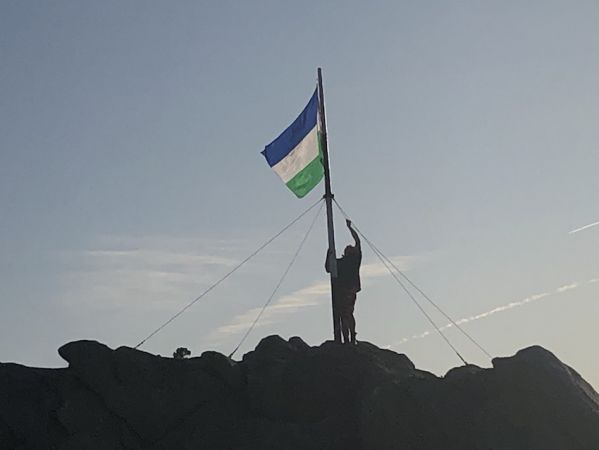 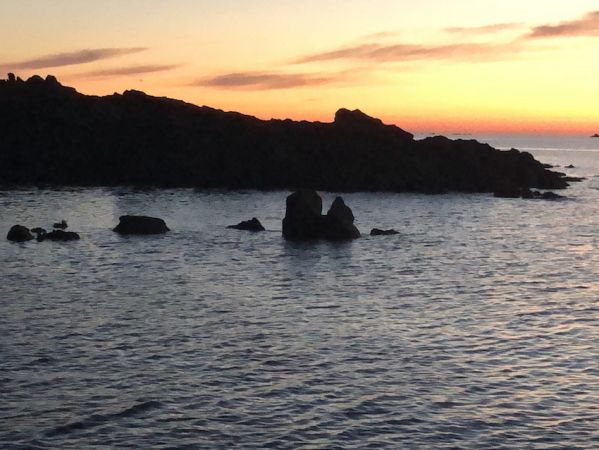