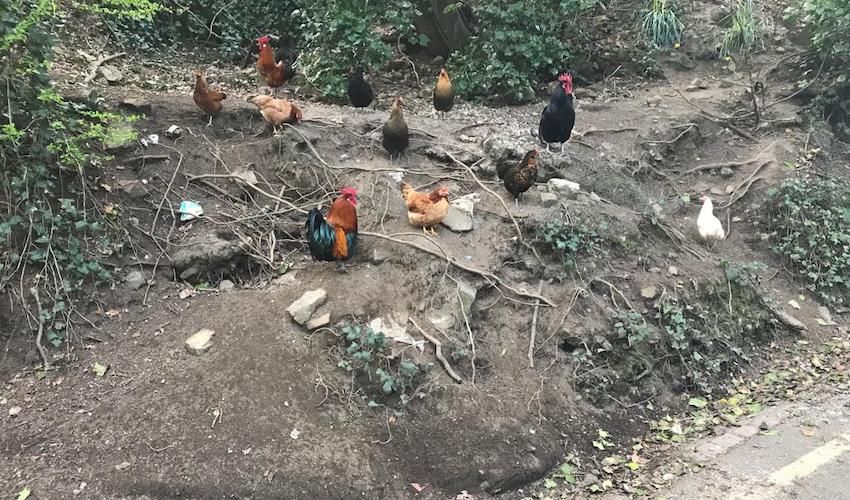 Feral chickens, whose terrorising antics are leaving more and more islanders in a flap, are set to have their own feathers ruffled, after the Environment Minister pledged a clampdown on the nuisance birds.

Islanders say the issue is no yolk, and have reported a growing number of the chickens waking them up in the middle of the night, pecking at gardens and destroying the natural environment.

Deputy Inna Gardiner brought the issue to light in the States Assembly earlier this week by asking the Environment Minister, Deputy John Young, what policies were in place “to deal with the problem of feral chickens.”

She told Express that she was contacted by parishioners living near Vallée des Vaux in the week following her election. They told her that they sometimes get woken up at 03:00 in the morning by cockerels who continuously peck at their gardens and that they are sometimes afraid of entering their gardens at night over fears the “aggressive” chickens will attack them. 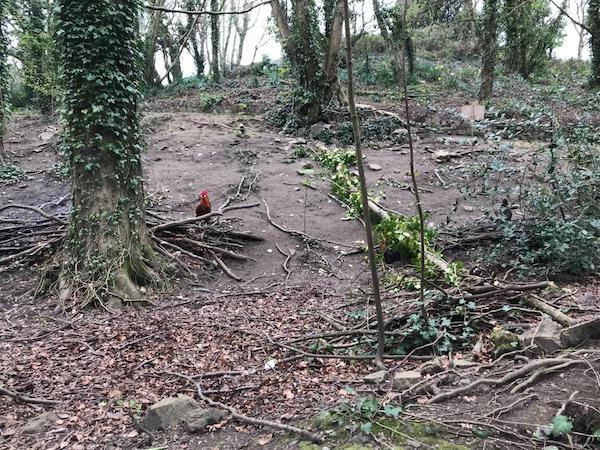 Pictured: "It's a huge problem," Deputy Gardiner said of the feral chickens.

“There are about 100 to 150 chickens in the area,” Deputy Gardiner said. “They are laying eggs, they have a nice pond and they are wrecking the environment. There is none of the vegetation left because they have destroyed everything.”

While the problem is not new - Mrs Gardiner says islanders have been struggling for years - it has gotten worse with more and more domestic chickens being released into the wild.

“The main problem is people buy fluffy chickens because they are cute and then realise they are too much hassle and they abandon then," she explained "They do not belong to anybody so you can’t issue a nuisance notice. There are no predators for them in Jersey - we have no fox - so they are spreading.”

Pictured: "It has come to the point that it’s not manageable," Mrs Gardiner said.

She added that people who feed the feral chickens are also part of the problem - many of whom are older people - but said she does not wish to prosecute people over this.

“The Parish and Environmental Health have tried to do the most they can within the law, but it has come to the point that it’s not manageable," Deputy Gardiner explained.

Deputy Young recognised that the problem of fowl play is growing, with incidents having been reported in St. Peter, near the Vic in the Valley, as well as Vallée des Vaux.

He said it's "great to be woken up in the morning as the sun comes up" by cockerels, which he described as "part of the countryside thing", but acknowledged that not everyone might feel that way.

Pictured: Deputy Young said a policy is being developed.

Deputy Young explained that landowners are currently allowed to “dispatch” the feral chickens using “humane methods”, and that the birds are not protected under Wildlife Law.

He added that Environmental Health can only deal with them with the permission of landowners, unless legal processes about statutory nuisance are put in place.

The Minister said that officers have been discussing possible solutions, with the help of Environmental Health and the States Vet, and that a draft policy will be drawn up to put the chickens in their place and ensure they know who rules the roost.

"Please people do not abandon chickens because I think that’s what, we think, causes a lot of it," he urged. "Not just hatching but people abandoning domestic chickens which then become feral." 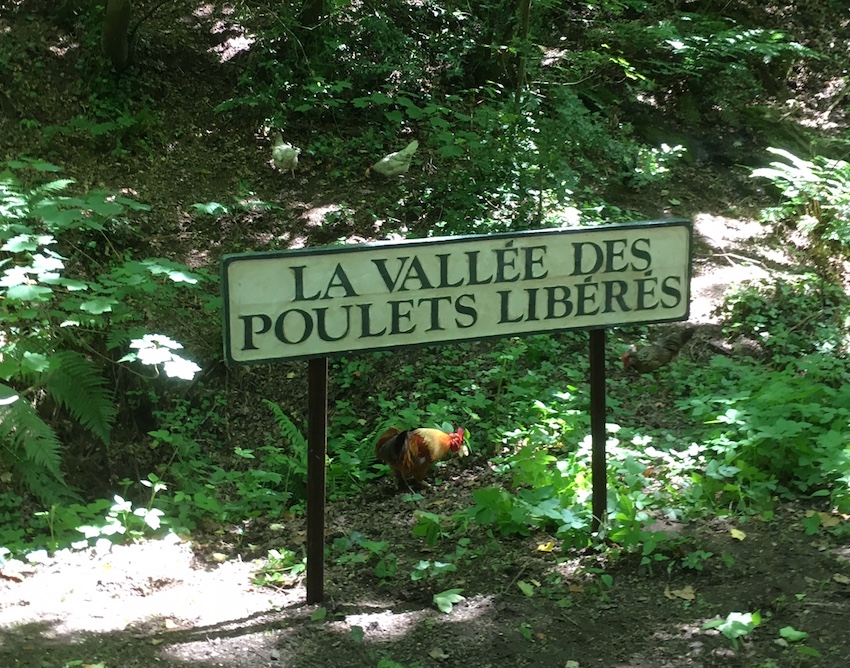 The news comes after a mysterious sign dubbing an area between St. Lawrence and St. Peter the 'Vallée des Poulets Liberées' turned up unannounced last week.

With careful hen-manship mimicking the island's traditional signage, the road name plate, which translates to 'Valley of the Freed Chickens', appeared to acknowledge the local pecking order.

It’s unclear how the parishes will respond to the gag, but, in the meantime, its namesakes seem to be enjoying the new feature with several of the species gathering around the road sign as if to welcome to change.

Posted by B De Gruchy on May 23rd, 2019
A 'huge problem' for spoilt NIMBYs in posh houses. The fact every bit of green has/is being built-on due to over population - that's not a huge problem but a few wild chickens is!
Posted by Patricia Williams on May 24th, 2019
Funny, to me, they are describing humans, not chickens... Over populated, noisy, wrecking the environment!! These chickens are awesome, it is a family outing for us to go and see the chickens and if you at dusk you can watch them take each other up into the trees to roost. Really, people are concerned by being woken up by a cockerel?? how far away from nature have we become? They are not wrecking the environment, rather fertilising the woods. I have never seen the chickens being aggressive towards humans. I think this is a gross exaggeration and misrepresentation of the truth.
To place a comment please login Login »