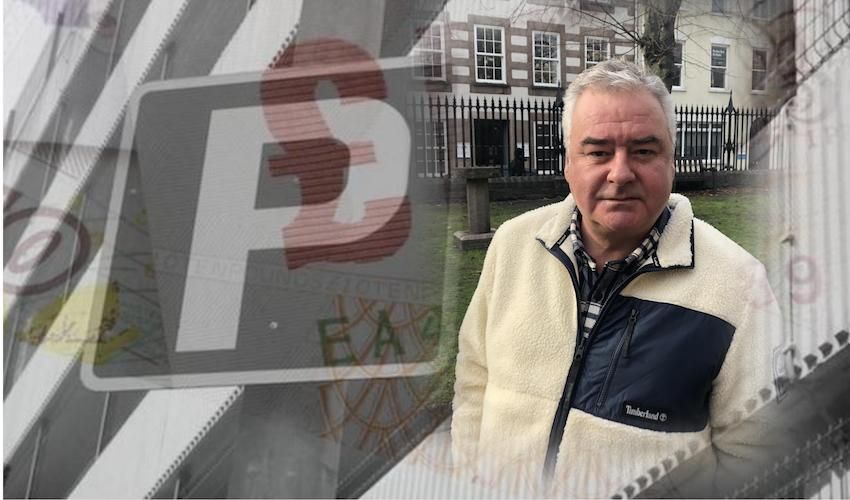 The town Deputy trying stop the government’s attempts to raise £700,000 extra from parking charges has slammed their attempt at compromise as “arbitrary”, “unscientific” and “thoughtless” as he vows to continue fighting against the proposals.

Deputy Russell Labey has accused the government of penalising the island’s lowest earners by bringing forward their latest plans to increase parking hours and charges.

The original proposals were published in the government’s recently released Efficiencies Plan 2020-23, to accompany their first four-year expenditure programme. It was initially suggested that extra revenue could be raised by extending parking hours from 08:00 – 17:00 to 07:00 – 18:00.

This proved controversial amongst some islanders, many of whom flocked to sign a popular e-petition calling for the Government to abandon the plans. 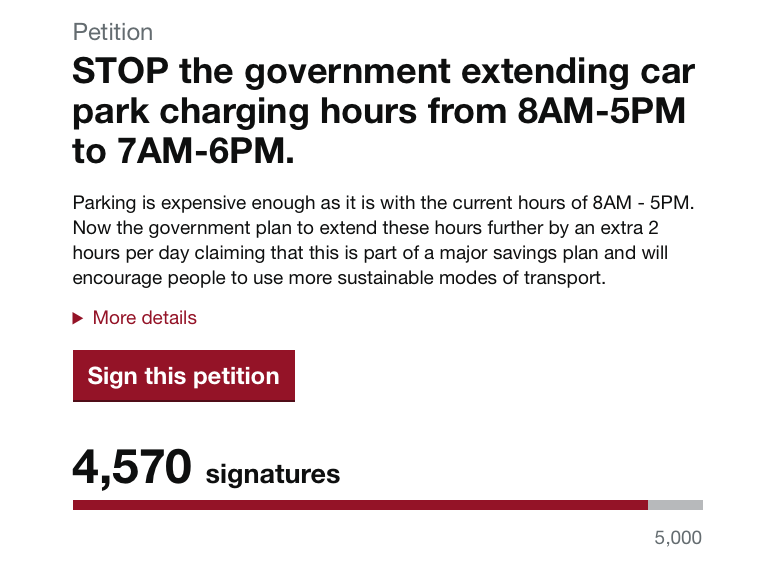 Pictured: The petition has gathered over 4,500 signatures.

Deputy Labey, also opposed to the plans, submitted his own amendment to the Government Plan ahead of next week’s debate dubbing the increased parking hours as “trite nonsense.”

Since then, the Council of Ministers have responded with a “compromise” arrangement, conceding one of the extended parking hours in exchange for a hike in the price for parking units by five pence.

Express caught up with Deputy Labey to find out whether Ministers had addressed his concerns with their response to his amendment.

Rather than improving things, the St. Helier Deputy thinks that the Council of Minister’s counter-offer “makes it worse if anything.”

He explains that his issue revolves around how these changes will unfairly impact those who live in town and particularly those who earn the least, in the name of protecting the environment.

Deputy Labey particularly focused on the fact that there hasn’t been any public consultation or impact assessment on whether this measure will reduce the number of commuters at all.

Pictured: The major debate on how the Government is going to save and spend over the next four years is coming up next week.

“Where’s the evidence that this measure as proposed now by the government is going to stop people’s behaviour, alter people’s behaviour in terms of car use? I don’t think it’ll alter one person’s behaviour. All it will do is cost them more money, aggravate them and inconvenience them.”

He continued: “I just feel this is so arbitrary, so unscientific, so lacking in evidence, so thoughtless really on people that least deserve it. So I had to fight it.”

All this, Deputy Labey explains, whilst the government is also consulting with members of the public with a view to developing a Sustainable Transport Policy (STP).

“The island is going to have to have a big debate about our transport policy… Of course we want people to come out of their motor cars if possible [but] all these sort of penalty measures do is stop the less well-off from being able to use their car. If you’re wealthy, the message is: ‘drive all you like,’ if you’re not wealthy, the message is ‘on your bike, on your bus.’”

Deputy Labey also points out that shoppers will be hit hard by the government’s proposals: “On the one hand the government is saying ‘let’s tax imported stuff from Amazon a bit more to protect the high street’ and on the other hand they’re doing this which could potentially affect the high street in that quiet period between five to six.

The major debate on the Government Plan is coming up next week on 26 November.

Posted by john garner on Nov 21st, 2019
Good that the public have got Russell Labey to fight their corner
Posted by William Boyd on Nov 21st, 2019
I don't think people object too much to cost of living increases. However, extending the chargeable hours by an hour is a kick in the teeth to St Helier residents who do not have the luxury of a parking space at their homes. They should not be forced to pay an increase which really is a slight of hand to conjoin a fees increase with savings.
Posted by Bona Togs on Nov 21st, 2019
Why not introduce an annual road tax based on a combination of vehicle weight, width and emissions. This means small low emission vehicle = low (or zero) tax, whilst larger more polluting vehicles pay enough to discourage their usage. This might encourage owners of vehicles subject to higher tax rates to review their need for such vehicles on an annual basis instead of running them into the ground. The annual payment could be easily made on line, making this a simple process.
To place a comment please login Login »