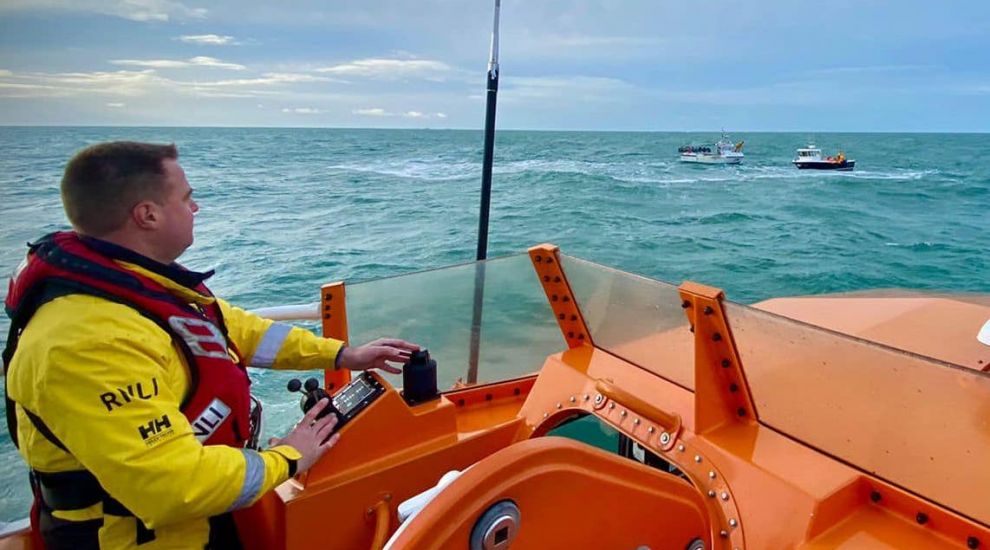 One fishing boat had to come to another’s rescue when it got caught up on fishing gear around the Minquiers.

The RNLI launched its Tamar-class all-weather lifeboat after being alerted to the stuck vessel north-west of the Pipette Rocks around 08:00 this morning.

As it worked its way towards the boat, it received a radio message from another fisher in the area who said they should be able to help.

The RNLI continued to the area, to find one fishing boat towing the other out of trouble.

RNLI crew remained in the area to provide back-up in case needed, but were stood down by the Coastguard after it was successfully towed.

On its way back to the station, the lifeboat recovered some floating fishing gear in the small roads as it entered the harbour.

It was the vessel’s second call-out this week, but fortunately much less dramatic.

On Tuesday, it was sent to help a 58-metre cargo vessel which had called Mayday at 17:25 after losing power in strong winds. The RNLI remained on standby to provide reassurance to the ship. 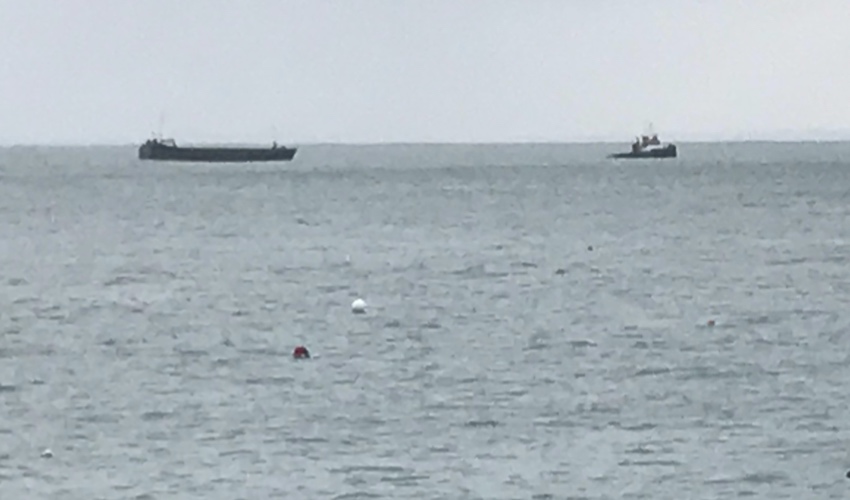 Pictured: The Duke of Normandy towing the cargo ship to St. Helier.

In the end, Jersey’s Duke of Normandy had to tow the Liberian-registered River Trader from Bouley Bay to St. Helier yesterday morning.

Pictured: The RNLI watching over the rescue.