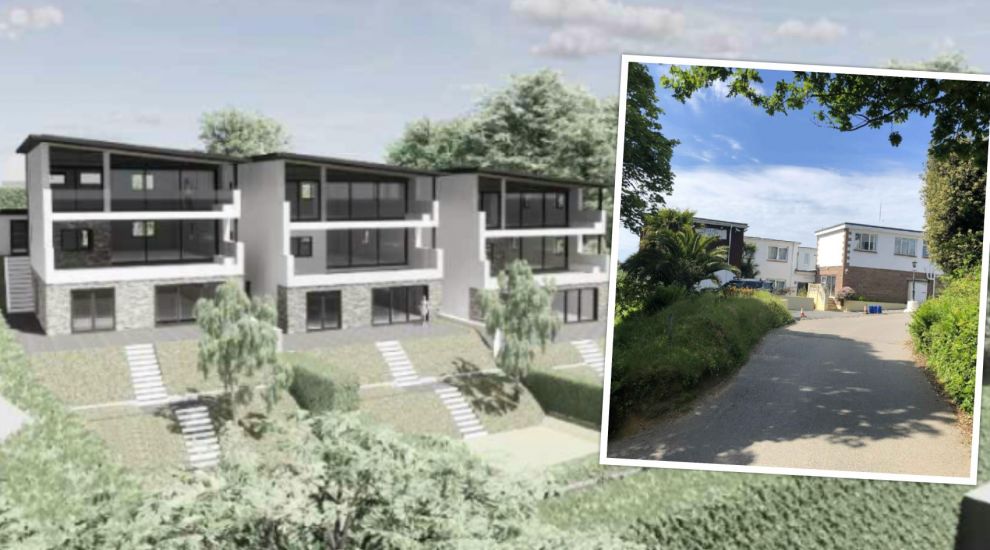 Plans to demolish a post-war hotel to make way for flats have been scaled back following refusal from the Planning Committee.

The original application for the demolition of the Hotel Miramar aimed to build a four-storey building, housing 10 two-bedroom flats and two three-bedroom apartments, but the plans have now been changed to build three four-bedroom homes with garage, parking and landscaping improvements.

It comes after the Planning Committee rejected the initial application in October 2020 over concerns that the proposed development would be dominant and intrusive dues to its design, materials, massing and scale.

The applicant, LMGD Ltd, has enlisted MAC Architectural Services Ltd to draw up new plans for the redevelopment of the hotel site, which is located n Mont Gras d'Eau, proposing three four-bedroom homes instead of one large building. 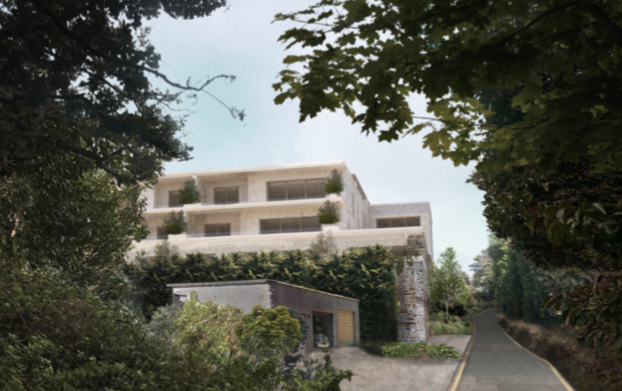 All four bedrooms will have en-suite bathrooms, with the master bedroom also having access to a dressing room. The homes will be equipped with a lift, and all will have a “cinema” room. The rooms have been organised with the bedrooms on the lower and upper ground floors, and the kitchen/living/dining room on the first floor.

Both the upper ground floor and the first floor will have access to a terrace.

The units have been designed with a shallow pitched roof, while modern stone cladding will be installed at their base.

According to MAC, the Miramar Hotel, which had 37 bedrooms for up to 74 guests and 14 staff, has undergone a number of alterations and updates over the past 35 years. While it is habitable, its interior and exterior are dated, the architects noted.

In a statement submitted as part of the original Planning Application, MS Planning – the agent – had written that due to the declining visitor numbers, the 37-bedroom hotel located had not seen “any significant investment for many years", which they said was reflected in its "poor visual appearance”.

“Its design and appearance is typical of an era when more tourism accommodation was going up very quickly to meet the demand post 2nd World War and which will not win it any architectural prizes,” they added.

MS Planning also reasoned that the hotel’s poor configuration with different levels – including a four-storey and five-storey block – prevented it from being converted for alternative uses, as disabled access would not be possible, while its “poor parking arrangements” were said to cause “issues” on the private road outside the hotel.

Posted by Keith Marsh on Aug 2nd, 2021
More £ million+ homes, just what Jersey DOES NOT need ~ well done Planning, you have NOT been listening to the people..
To place a comment please login Login »