More than 600 first responders, forces and prison staff to get Jubilee medals 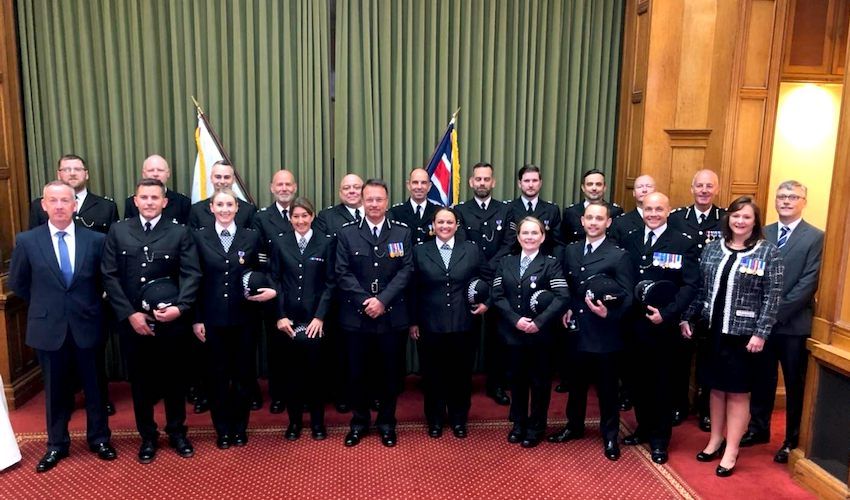 More than 600 first responders, forces and prison staff to get Jubilee medals

More than 600 islanders who are serving frontline members of the emergency services, prison services and Armed Forces have received a commemorative medal to mark the Queen’s Platinum Jubilee.

A total of 615 islanders will be awarded, but the first batch were awarded to 40 members of the States of Jersey Police by the Lieutenant-Governor Sir Stephen Dalton and the Bailiff of Jersey, Mr Timothy Le Cocq, on Saturday in a ceremony at the Old Library in Royal Court.

The event in the Royal Court Building also marked the 70th Anniversary of the formation of the States of Jersey Police.

The Bailiff said he was “delighted” to award the medals, adding: “This is part of a tradition of awarding medals to mark Royal Jubilees and they are a token of thanks to those members of the emergency services, prison services and HM Armed Forces who serve us with such dedication.”

Over the next couple of months further ceremonies will take place to award medals to:

FOCUS: A spiky reminder of a truly golden year

FOCUS: Why Jersey has the Silver Jubilee to thank for its flag