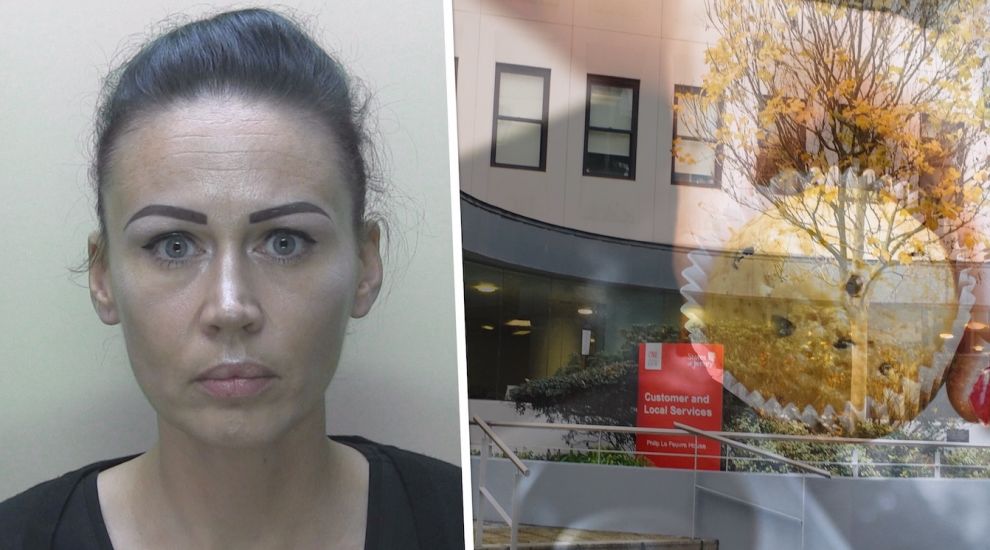 A professional cake-maker, who committed Jersey's biggest ever benefit fraud by claiming £150,000 as a 'single mother' while her husband lived at home, has been jailed for two-and-a-half years.

Rebecca Anne Galluzzi (40) was charged with three counts of benefit fraud over the claim, which spanned 2012 to 2018.

It was the second time she had misinformed the Social Security Department about her husband living with her, having wrongly claimed £24,000 between 2010 and 2011.

However, she agreed to repay the money at the time, and no further action was taken.

Detailing the “largest benefit fraud which the island has seen to date” in the Royal Court this afternoon, Crown Advocate Richard Pedley explained that, just months later, in October 2012, Galluzzi renewed her claim.

While her husband had indeed moved out of the family home for a brief period earlier that year, he had moved back in by the time Galluzzi submitted her claim, and was not absent for “any significant period” after that. 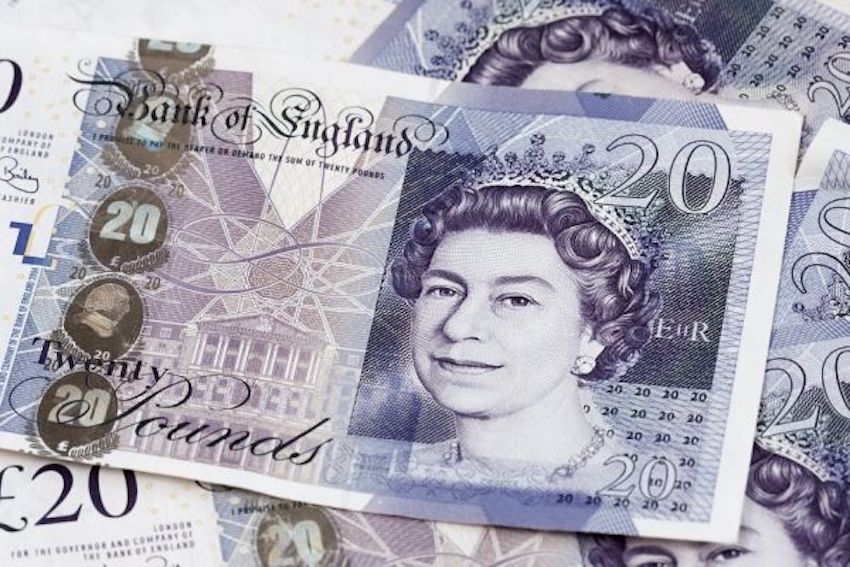 All the records obtained from her husband, including employment records, vehicle ownership and hire purchase arrangements cited Galluzzi’s home address as his home address.

In April 2018, Social Security started an investigation and asked Galluzzi if her husband lived with her. Three days later, Galluzzi asked for her claim to be closed, saying her husband was going to move in with her to help with childcare.

The Crown Advocate told Court that, despite submitting 25 'change of circumstances' applications since 2012, Galluzzi never informed the department that her husband had been living with her.

Galluzzi admitted when investigators interviewed her in 2019 that, when she made her claim, she asked her husband to move out, which he did. After this, he came to her home every day and paid £50 a week in maintenance.

She said she believed “it was okay” because her husband didn’t sleep in the home at night.

Pictured: The Crown Advocate said Galluzzi never informed the department about her husband living with her, despite submitting 25 'change of circumstances' applications.

She added that she didn't tell the Social Security Department because she "didn't think we'd be together forever".

Galluzzi further admitted that she knew her claim would have stopped if she'd admitted her husband was living at her home and that she was "scared". She didn't think she was entitled to the money "because of his income".

The Court heard that, had Galluzzi been honest, she would not have been entitled to any benefit at all.

Advocate Pedley explained that Galluzzi had eight previous convictions, five of which had been dealt with at a Parish Hall Enquiry and had “little bearing” on the case. He however noted that Galluzzi had previously “avoided prosecution” for similar circumstances.

He said psychological reports about Galluzzi had shown she suffered from post-traumatic stress disorder and had an “extremely complex personal profile”, but said this did not affect her ability to know right from wrong.

He described the fraud as “substantial” and “sustained” and concluded that prison was the appropriate sentence, before recommending three years behind bars.

Defending, Advocate Estelle Burns, urged the Court to show Galluzzi mercy in light of her “particular difficulties” and give her a chance to “start again with a clean state" and pay back the money she owed to the community.

She said Galluzzi had experienced personal difficulties in her childhood and as an adult, and was still suffering the effects of some of these. She added that professionals had concluded Galluzzi’s thinking and decision-making had been affected by past traumas. 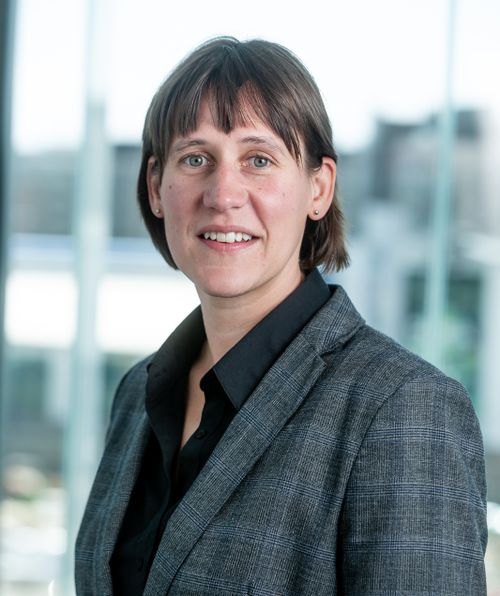 She told Court that Galluzzi’s husband was working seven days a week to bring funds into the family and looking after the children “the best he can”, with the help of his elderly mother. “It’s a struggle to say the least,” Advocate Burns noted.

She said Galluzzi’s incarceration had been “truly devastating” for her family and described the effect on her youngest child as “nothing short of a tragedy at one of the most critical stages of a child’s life”.

She explained the family had never led “a luxurious lifestyle” and that the money had gone towards “ordinary expenses for the family”. She also assured Galluzzi’s husband knew nothing of the claim and had been interviewed by the Social Security Department, which decided not to take further action.

She said Galluzzi had already been punished for the offence and had shown “genuine remorse and determination to put things right in every way she can”.

Quoting from a letter Galluzzi wrote to Court, she said: “I accept full responsibility and can promise nothing like this will happen again and you will never see me in a courtroom again. When I am reunited with my husband and children, I will remain a law-abiding citizen for the rest of my life.”

She urged the Court to sentence Galluzzi to time served in addition to a probation and community service order, or to at least reduce her sentence by 12 months.

The case was heard by Royal Court Commissioner Julian Clyde-Smith, sitting with Jurats Jane Ronge and Robert Christensen, who concluded the offence was “just too serious” to allow community service.

The Commissioner said they had given careful consideration to the mitigation “powerfully” put forward by Advocate Burns and had “great sympathy” with the way Galluzzi’s offending had affected her family.

He went on to note the “sheer duration of the offending” and the fact Galluzzi “must have known perfectly what she was doing”, having previously made a wrongful claim in similar circumstances.

However, he said the Court had opted to reduce the sentence moved for by the Crown as “an act of mercy”, and sentenced Galluzzi to two years and six months at HMP La Moye.

Following the sentencing, Steve Jackson, Group Director of the Customer and Local Services Department, which has responsibility for Social Security, said Galluzzi's case showed that any illegal activity regarding benefit entitlement is taken "extremely seriously and can carry custodial sentences".

If you suspect anyone of making fraudulent claims to obtain income support or any other benefit, you can share info anonymously here: https://t.co/TINS6g3h2W or call 0800 735 1111. Your identity will always be protected, whether the allegation is found to be true or not. pic.twitter.com/fMC4qlDuFE

“Income Support exists to provide financial support to islanders who really need it, when they need it," he added.

“Fraudulent claims can arise for several reasons, including when customers fail to declare their assets (such as property) or their relationship status. Potential fraudulent activity is investigated by officers at Customer and Local Services, who seek evidence from other jurisdictions where necessary."

He also urged the public to contact the Department if they suspect anyone of making fraudulent claims to obtain income support or any other benefit.

"Their identity will always be protected, whether the allegation is found to be true or not," he said.

"Members of the public who believe an individual may be claiming fraudulently, can share information anonymously via the 'Report a Benefit Thief' page, or via the Fraud Hotline 0800 735 1111.”