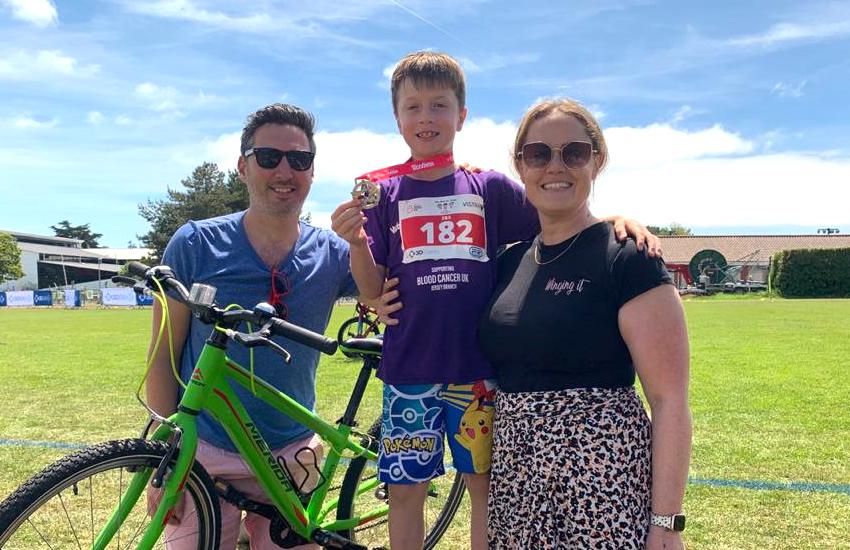 A schoolboy inspired by his mum’s battle with Lymphoma when he was a baby was this year’s top fundraiser at an annual kids triathlon aiming to help those with blood cancer.

Jasper Styles raised £870 ahead of the Vistra-sponsored event, which saw aged six to 13 swim, bike and run their way to the finish line at Les Quennevais last weekend in aid of Blood Cancer UK’s Jersey branch.

“This charity is very close to my heart as my mum was diagnosed with Lymphoma when I was seven months old,” Jasper explained.

“Thankfully the treatment was successful, and my mum is now fit and well. This charity means a lot, as they keep progressing diagnosis and treatment.”

Children of all abilities were invited to take part, with the event welcoming young ‘superhero’ athlete Harry de Gruchy-Wilson, who has a genetic condition, and Cameron and Mackenzie Glover, who have autism.

“Being autistic with special needs means a lot of club doors are closed to Cameron and Mackenzie,” their mum, Pam Glover, said.

“So being allowed to take part in the Vistra Kids’ Triathlon was massive for them and not once did they feel different to the other kids! It was a massive achievement for both of them and one they – and mum and dad – will never forget. They loved every minute of it and are already training for next year.” 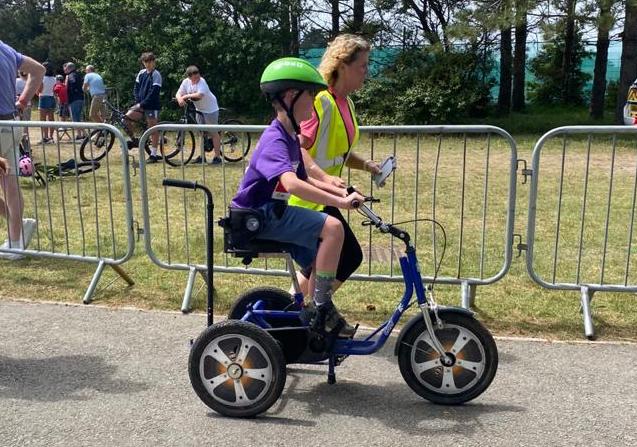 Many attendees praised the teamwork shown by the children during the event, with spectator Jo Carpenter recalling: “The defining moment for me was when my niece and all her friends helped one of their friends, who had to pull out of the bike part, run the run section. They all did it together to support her, so she could finish it. That’s what teamwork is all about and it brought a tear to many.”

In total, around £15,000 was raised which will go towards research into cell replacement and gene technologies to fight blood cancer.

“What a marvellous day we all had at the Kids Triathlon. It is amazing to think that from the seed of an idea eight years ago the event has flourished to such a degree, even after a year's break because of covid 19,” Chris Rowland, Chair of Blood Cancer UK's Jersey branch.

Thanking Vistra, 3D Events and local sporting clubs for their help, he added that he hoped it would continue to get “bigger and better.”

Next year’s event is scheduled for Saturday 11 June 2022.