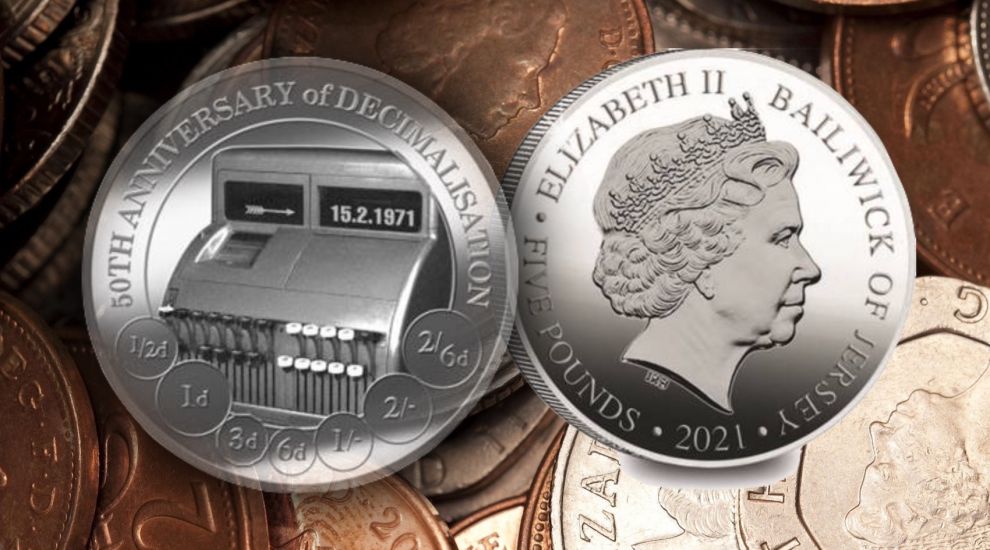 A £5 coin featuring a cash register from the 1970s will be issued in Jersey to mark the 50th anniversary of the UK adopting pounds and pence as their measure of currency.

On 15 February 1971, the UK and British Isles moved away from their pre-decimal shillings.

Decimalisation day, which was referred to as ‘D-Day’ at the time, was the culmination of years of debate and marked the complete over-haul of a thousand-year-old currency overnight.

“Pre-decimal coins are remembered with a sense of fondness and nostalgia by many and ‘Decimalisation Day’ remains one of the most significant changes in modern British history,” a report written by the Jersey Government's Fund Administration Advisor noted.

Pictured: Deputy Susie Pinel has approved the issue of the commemorative coins in Jersey.

To commemorate the anniversary, the Westminster Collection has suggested issuing a one-off £5 coin and the Treasury Minister, Deputy Susie Pinel, approved such issue in Jersey.

The back of the coin will feature a stylised cash register typical of the period with the date ’15.02.71’ on the screen surrounded by pre-decimal coin denominations and anniversary wording.

A portrait of Her Majesty Queen Elizabeth II by Ian Rank-Broadley along with the 2021 date, denomination and Bailiwick of Jersey wording will feature on the front.

The commemorative coins will be available for Jersey and worldwide collectors and should generate income for the public purse.