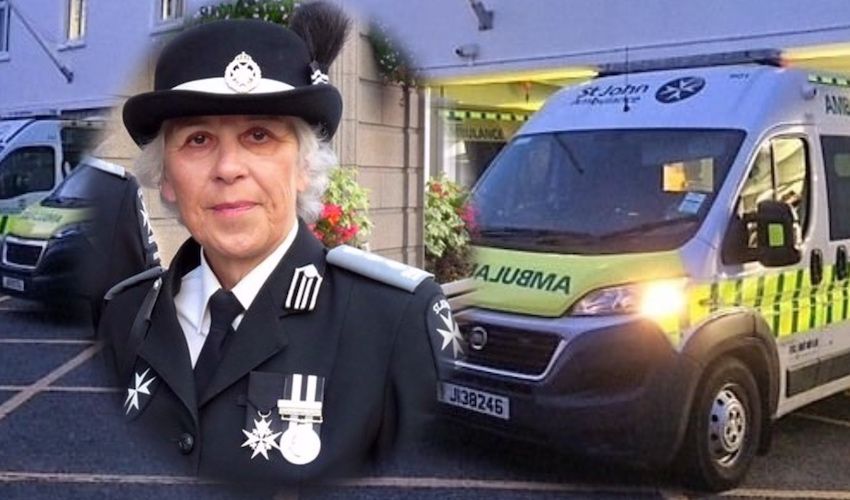 A long-standing volunteer of St. John Ambulance has been promoted to the most senior operational role in the local first aid charity.

Fiona Woodrow's promotion to the title of Commander in the Order of St. John of Jerusalem has been approved by the Grand Prior, His Royal Highness the Duke of Gloucester, on behalf of Her Majesty the Queen.

Mrs Woodrow joined St. John Ambulance in February 1992 as a nursing officer. Since then, she has been an active volunteer with the first aid charity.

In November 2013, she was appointed Deputy Commander and Director on the Board. In October 2019, she then became Commander (Designate) and is now the most senior operational volunteer in the charity.

"For many years Mrs Woodrow has played a major role in most aspects of the charity’s activities: organising competitions and training for members, as Clinical Governance Officer, leading the introduction of best practice throughout the charity, and regularly attending public duties," David Le Quesne, Chairman of St John Ambulance Jersey, said.

"Fiona Woodrow leads by example and works tirelessly for St. John Ambulance Jersey, and her promotion by our Grand Prior to the rank of Commander is a fitting recognition of her qualities."

Mrs Woodrow said she was delighted to receive the honour.

Wear yellow and bring endometriosis out of the shadows