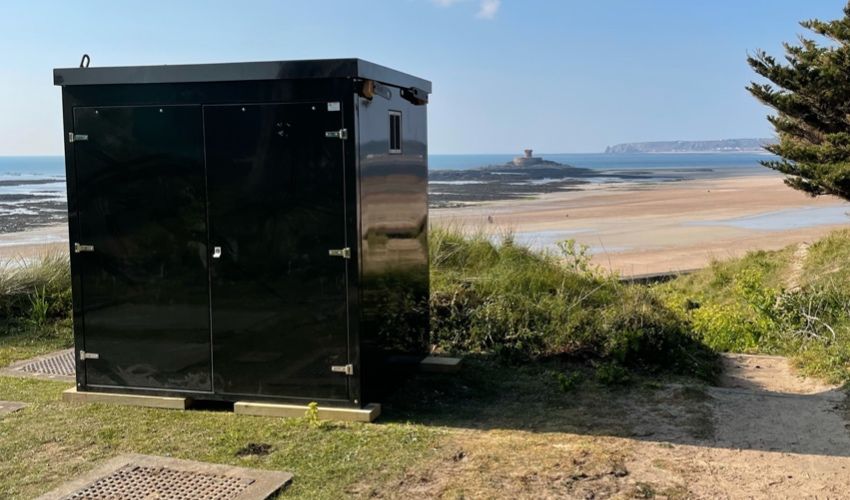 The Government has been accused of double standards for building a large metal cabin overlooking St. Ouen’s Bay in an area which has highest level of protection from development.

The 2.2m-high green metal box at La Pulente contains switching equipment for the foul sewage tank and pumping station beneath it.

It has recently been built as the equipment used to be housed in the nearby toilet block, which is currently being turned into a café.

Jonathan White, who lives in the area, said he was “horrified” at the new construction, which is in the Coastal National Park.

“Our politicians, planners and senior civil servants regularly tell us all to cherish our coastline,” he said. “They go on to tell us that building in these areas will be restricted and only permitted in limited circumstances and then, only if great care is taken to ensure that any building is done sympathetically and in keeping with the natural surroundings." 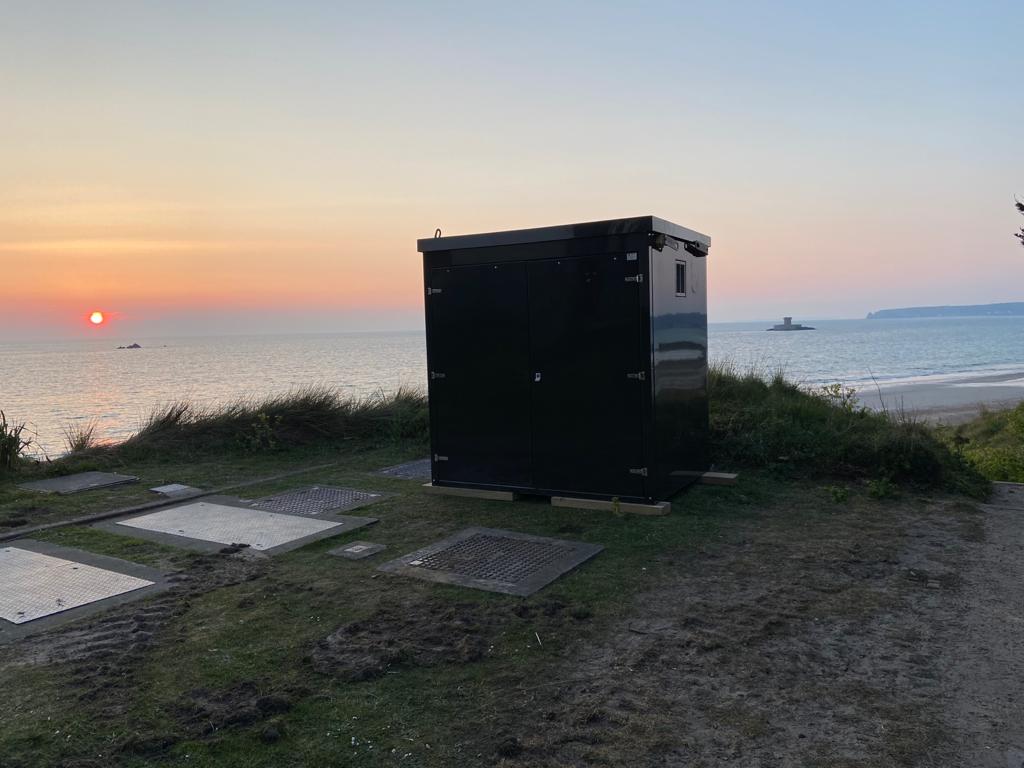 Pictured: Under planning law governing the Coastal National Park, any development cannot cause harm to the landscape character.

He continued: “Bearing all of this in mind, I was horrified to see that Jersey Property Holdings have erected a kiosk to house switchgear just next to the sea wall at La Pulente.

“Why is it that our government is free to cause such damage when ordinary Islanders are punished if they put a toe over the planning line?”

Planning permission for the cabin was granted in January. In recommending it for approval, a planning officer from the minor applications’ team concluded: “The proposal is not likely to have any detrimental impact upon the wider setting of the site or on the landscape character.”

As it sits in the Coastal National Park, the cabin was subject to “policy NE6” in the current Island Plan. This governs “minor non-residential development" in the park and states that permission can only be given when:

a) it is well sited and designed having regard to the relationship with existing buildings, landscape context, size, material, colour and form; and

b) it does not cause harm to landscape character.

Until recently, the switching gear for the pump house – which fires foul waste from all properties in La Pulente up the hill before it descends to Bellozanne - was housed in an 8-ft x 8-ft space between the ladies and gents’ toilets. 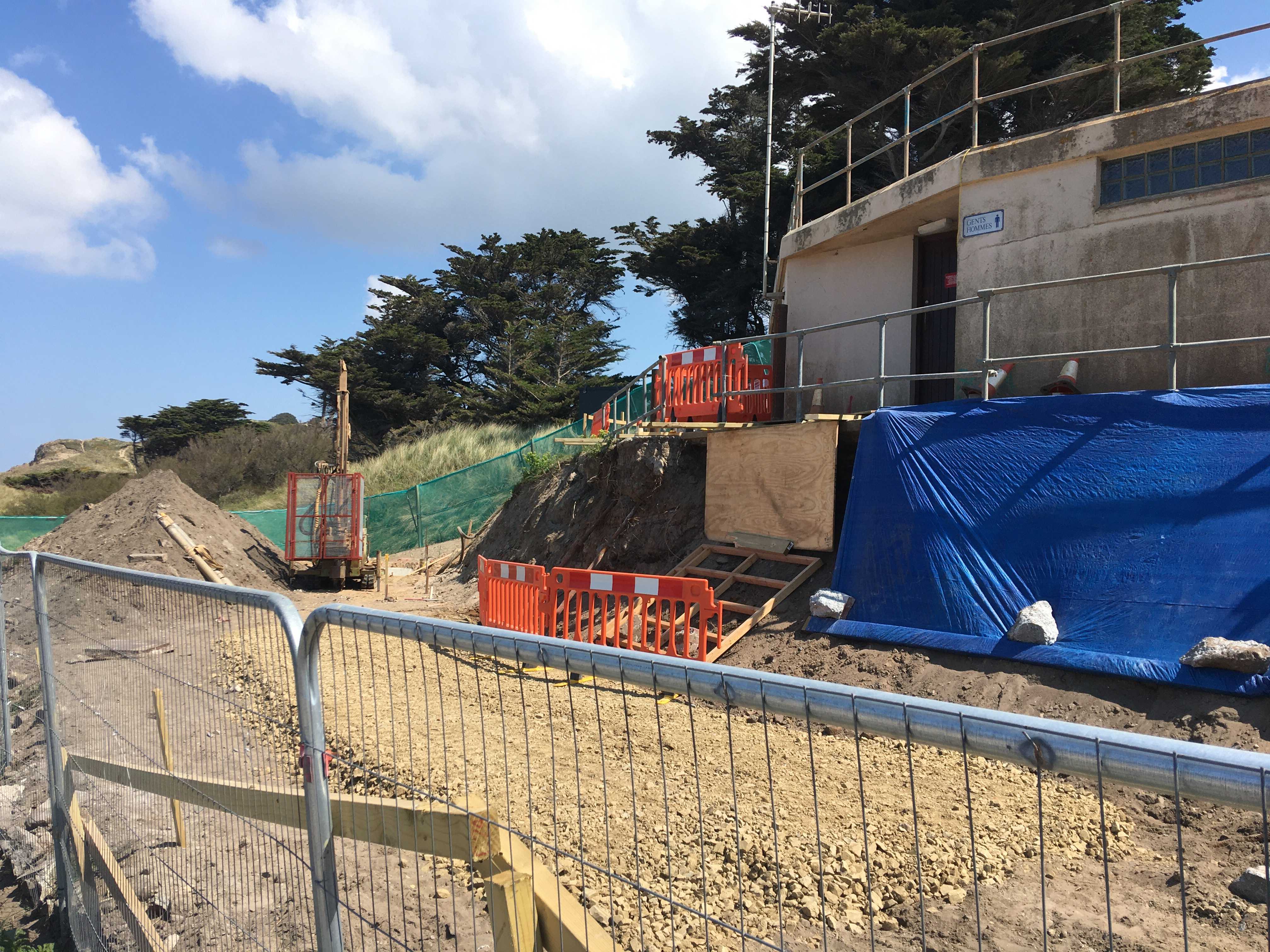 Pictured: The former public toilets, which used to house the switching gear, is currently being developed into a café.

However, in 2014, the Government decided to sell the toilets and, a year later, planning permission was granted for the change to a café. Providing replacement accommodation for the switchgear was part of the permission.

Last summer, the toilets were sold to a company owned by property developer Frank Laine, who is a shareholder in Nude Food.

A new Nude Food café is expected to open in September. The site has been subject to a legal wrangle initiated by the owner of The HideOut kiosk, which used to be based close to the toilets, before it was forced to move down the road to the slipway after the Parish of St Brelade refused to renew its licence.

The Government has been asked for a response to Mr White's comments.