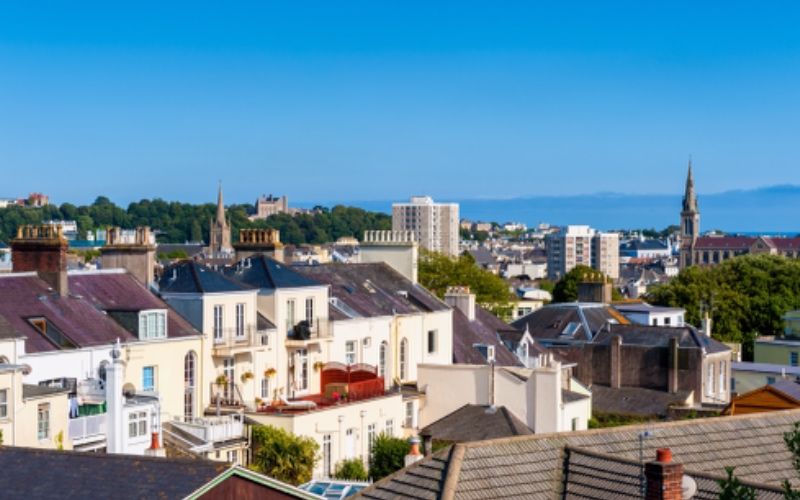 New flats will no longer be able to be sold as ‘share transfers’ – which allowed non-qualified people to purchase a property.

Economic Development Minister Lyndon Farnham has signed off on a formal decision that newly created residential units will have to be sold on a freehold basis, which is linked to a person’s entitlement to buy in Jersey.

Introduced in 1991 under the Companies Law, share transfer addresses a disparity in Jersey’s conveyancing rules: that a freehold property includes everything above it and everything below it.

This meant that properties that were split into flats existed in a legislative limbo. Share transfer provided a solution: a developer could, for example, buy a property through a company which had X-number of shares, and then allocate those shares to flats within it.

Buyers would then purchase the shares attributable to each individual flat. However, the law under which they bought it had no reference to housing qualifications.

This commitment was set up in the Housing Minister’s Creating Better Homes Action Plan, which was published last June.

One of its clear policies was to end the creation of new share transfer units, in order to help locally qualified people buy a home.

However, not everyone thinks this policy change will make a large difference.

Solicitor Paul Scally, a partner at Le Gallais and Luce, who specialises in property, said: “I do not think this change will have a significant positive impact on enabling young people to get onto the property ladder.

"This doesn't address the real housing crisis in Jersey and is a side-show, I’m afraid.”

And IanSmith97 - you don’t need to be rich to buy a share transfer or any property and rent it out. You just need to work hard, save a deposit and borrow what you can afford.
To place a comment please login Login »