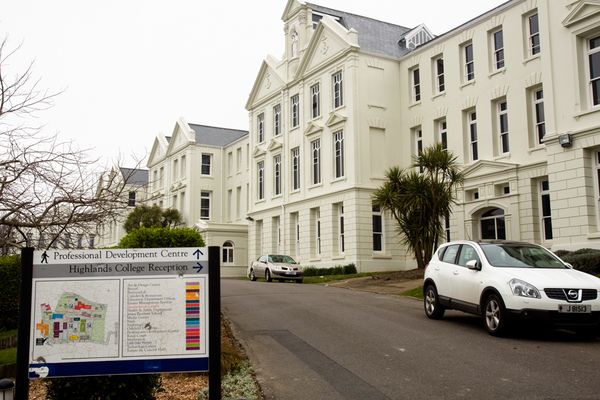 The vice-principal of City College Brighton and Hove is moving to the Island to become Head of Highlands College.

Steve Lewis (58) will take over from Lesley Toms in September. She recently announced her retirement after 39 years in teaching, including two years heading up both the further education college, and Hautlieu secondary school.

The appointment comes as a major review into the structure of the Island’s education service is due to be published. Ms Toms has been leading the review which is scrutinizing the roles of the college and the secondary within the education system, particularly Hautlieu’s position as a selective school.

Mr Lewis is a graduate of Middlesex University and a post-graduate of Exeter University and has extensive experience as a lecturer in performing arts. He’s currently responsible for monitoring the strategic direction of the college in Brighton and for planning the curriculum.

Mr Lewis said: “In many respects, the Island economy, the employer profile and the college in Jersey are very similar to Brighton and Hove, but the one significant difference is the relative autonomy Jersey has in setting its own education policy and determining its own approach to the skills agenda.

“A key aspect of my role as Principal of Highlands College will be that of an architect setting out the blueprint for the future of the organisation in response to the training and skills needs of the Island community and then inspiring others to achieve that vision.”

The Chair of Highlands Board of Governors, Paul Harding, said: “The recent economic pressures and national changes in education mean that Highlands’ role in Jersey is more important than ever. Stephen Lewis brings significant experience to the college at a crucial phase of its development and we look forward to working with him as he builds on the strong foundations already in place.

“He has had a very successful tenure at City College Brighton and Hove, during which period Ofsted rated their leadership and management as 'Outstanding'. I very much look forward, with Highlands Governors, to Stephen Lewis bringing his inspirational and visionary leadership to Highlands, benefitting our local students over coming years.”

It was announced a fortnight ago that Former Hautlieu student Nick Falle will take over as Head of the secondary school in September.