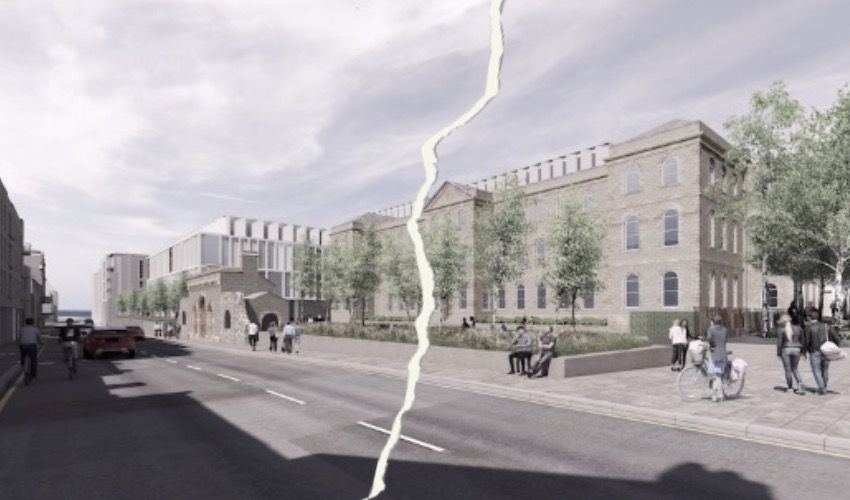 Proposals to build a new hospital around the current site have now been kicked out by two Planning Ministers, and today by the entire States Assembly - meaning the development is now almost certain to happen elsewhere.

A new site selection process will start soon after a large majority of politicians overturned a previous decision to build it on Gloucester Street.

The Assembly voted 39-7 to reverse the decision to site the future hospital on the current site - here's how they voted https://t.co/UveleVRmtJ #statesassembly

The Health Minister, Deputy Richard Renouf, who previously supported Gloucester Street as the best site, was one of many to throw his support behind Deputy Labey's proposition.

He told States members that the questions raised during the debate had been previously raised in 2016 when the States Assembly picked Gloucester Street as the preferred site for the future hospital. “We suffered the same angst then as we do now,” he told the Assembly.

He went on to describe how the project had been “straight-jacketed by the Island Plan,” saying that no scheme would pass the planning process due to a “lamentable lack of long term planning”. Applications to build on the current site have twice been rejected by the Planning Minister.

He promised to look at ways of involving the hospital staff and the general public in considering new sites - something that the previous Health Minister, former Senator Andrew Green, was criticised for not doing. 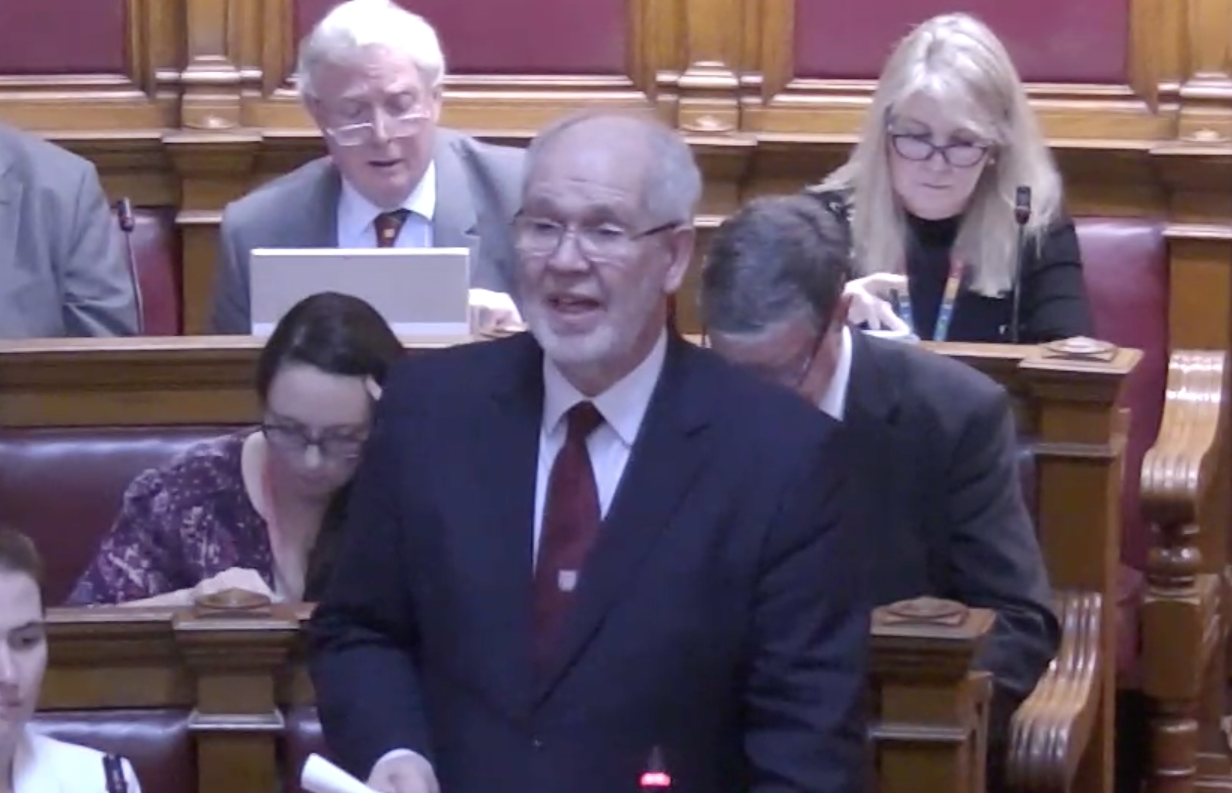 Pictured: Deputy Richard Renouf, the Health Minister, changed his mind on the best site for the Future Hospital.

“We are not searching for the perfect site, we are looking for the site that works best,” the Minister said before vowing to “continue to strive and increase my efforts to ensure we can deliver the hospital for the island.”

St. Lawrence Constable, Deirdre Mezbourian, said she had changed her mind, like the Health Minister, and that she would have never voted for Gloucester Street as the preferred site had she known it would be rejected twice by the planning inspector.

The Chief Minister, Senator John Le Fondré urged the Assembly to support the proposition saying “the definition of madness is doing the same thing over, and over again and expecting a different result.”

Deputy Kevin Lewis echoed his feelings declaring “we cannot go back on the merry go round,” adding later on that it would be “criminal negligence” to continue with the current site.

CM @John_Le_Fondre quotes the saying, "the definition of madness is doing the same thing over, and over again & expecting a different result" while reminding the Assembly the current location has been rejected by planning twice, strongly suggesting something's wrong with the site

Deputy Graham Truscott told the Assembly the first Planning rejection should have been a red light not to continue and that it was “scandalous” to waste money like this. “We are flogging a dead horse. How long is one expected to flog a dead horse?,” he said.

He regretted the loss of a possible “walk-in hospital” at People’s Park and noted, “there isn’t one site out there that is ideal, far from it.”

Deputy Kevin Pamplin, who chaired the Scrutiny panel who pushed for the Gloucester Street site to remain an option, also urged fellow States Members to vote for the proposition rejecting it.

Senator Kristina Moore, who voted 'contre' along with Senators Ian Gorst and Steve Pallett, Constables Mike Jackson and Len Norman as well as Deputies Steve Luce and Kirsten Morel, was one of the very few to speak out against the proposition.

.@KevinPamplin champions his scrutiny panel report on the future hospital - https://t.co/17uqwiSrrH - and says he will vote to rescind the decision to site the hospital at Gloucester St: "the process has failed".

She said it would incur more spending and that she would "much prefer we spend public money resolving the public pay dispute".

Summing up at the end of the debate, Deputy Labey urged the Assembly to back his proposition, denying that it would set the project back. “This proposition doesn’t send us back to square one, we never left square one,” he said.

He described the current site as “non-starter” and called for a “fresh impetus of drive” to deliver the new hospital.

The Deputy Bailiff, Tim Le Cocq, clarified that the proposition does not rule out Gloucester Street as a site altogether – it could still be considered as a potential site when the selection process starts again. 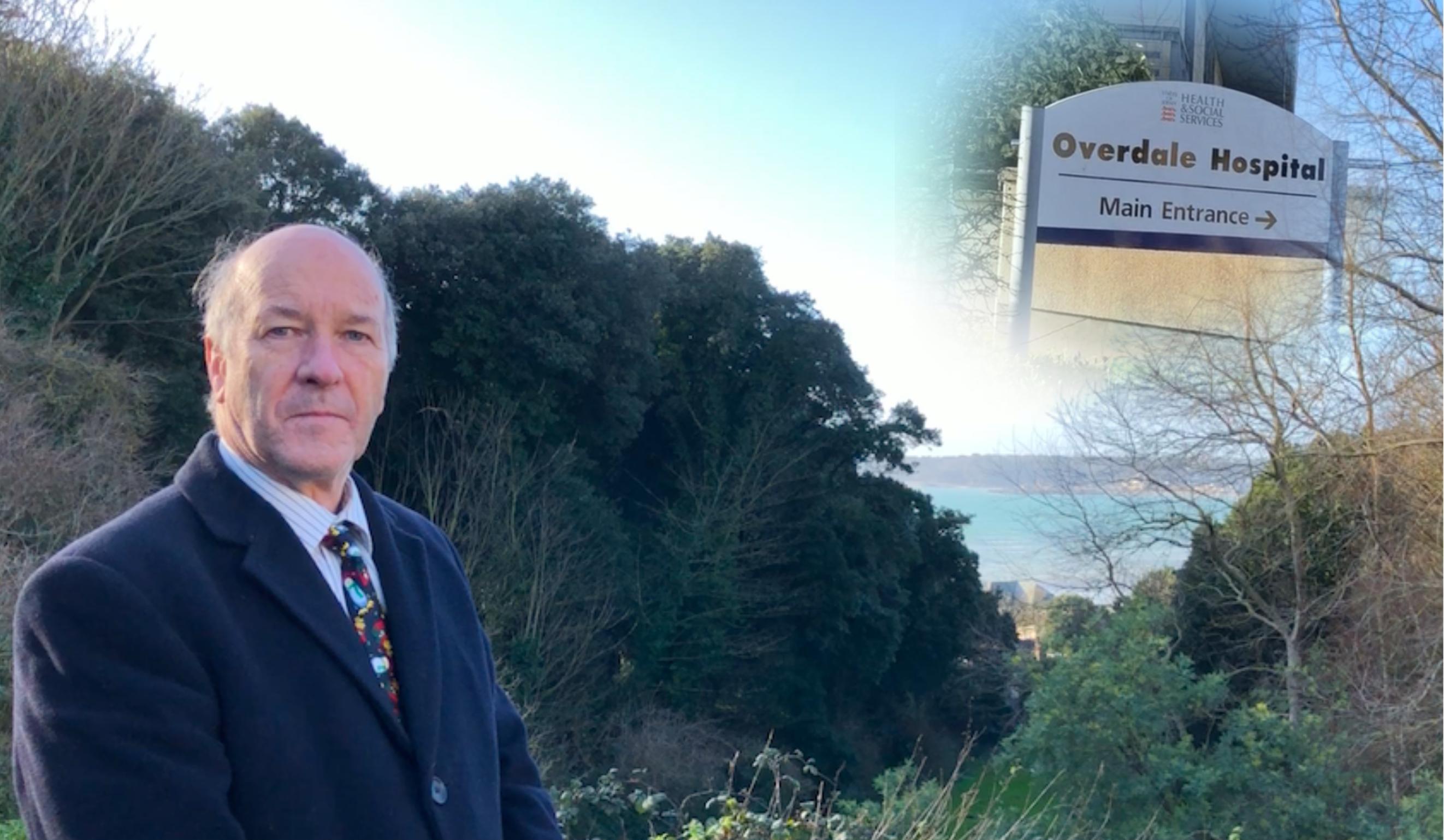 Pictured: Assistant Chief Minister Constable Chris Taylor, led the panel behind an explosive report that exposed major deficiencies in the hospital site decision-making process, concluding that Overdale should be reconsidered as a location.

A divisive debate earlier in the day saw People's Park, as well as other St. Helier green areas including Lower Park, Victoria Park, Westmount Gardens or Parade Gardens, removed as a site possibility. The matter split the Assembly, with the proposal passing by just two votes.

Overdale Hospital, St Saviour’s Hospital and the Waterfront were also mentioned during the debate as alternatives.

Posted by John Henwood on Feb 13th, 2019
At last! Now let’s see some dynamism from the ministers most closely involved. Think long term, think ‘out of the box’ including where and how it should be built and by whom. Oh, and the project team who were so single mindedly promoting the Gloucester Street site should be stood down. New thinking is what’s needed.
Posted by Ethan Edwards on Feb 14th, 2019
Right decision for wrong reason at the wrong time
Posted by William Boyd on Feb 14th, 2019
States members (non Ministers) and the Government (Ministers) must now start to earn their grade 9 Civil Service salaries and deliver the new hospital ASAP. I won't be holding my breath as in this case past performance is a guide to future performance.
To place a comment please login Login »