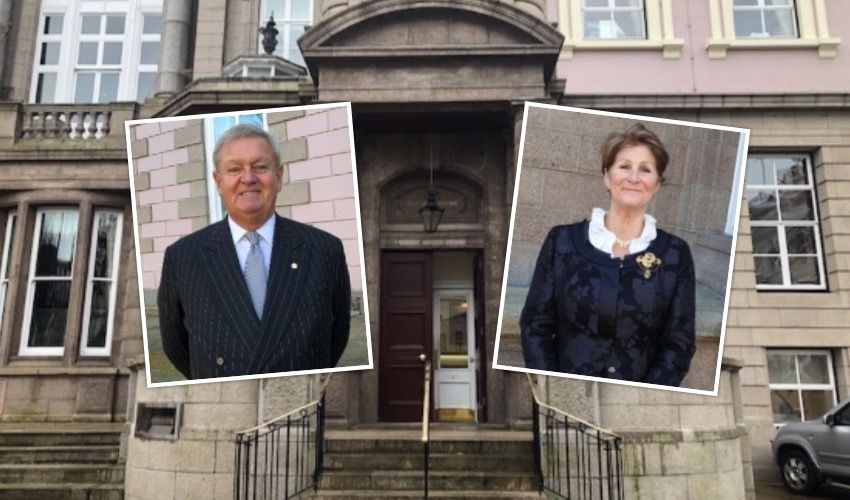 School friends, who became colleagues as Jurats eight years ago, have now been appointed as Lieutenant Bailiffs at the same time to take over from Jurat Paul Nicolle, who is retiring this year.

Jurats Collette Crill and Anthony Olsen took their oath of office yesterday, in front of their families and friends in the Royal Court.

The Bailiff, Sir William Bailhache, said he was delighted to be the first to congratulate the pair on their appointment as they joined what he described as an “illustrious group.”

He explained that previous Bailiffs used to spend a lot of time out of the island, thus leaving the administration of the island to the Lieutenant Bailiff. “It’s possible I forgot to mention that,” he admitted. 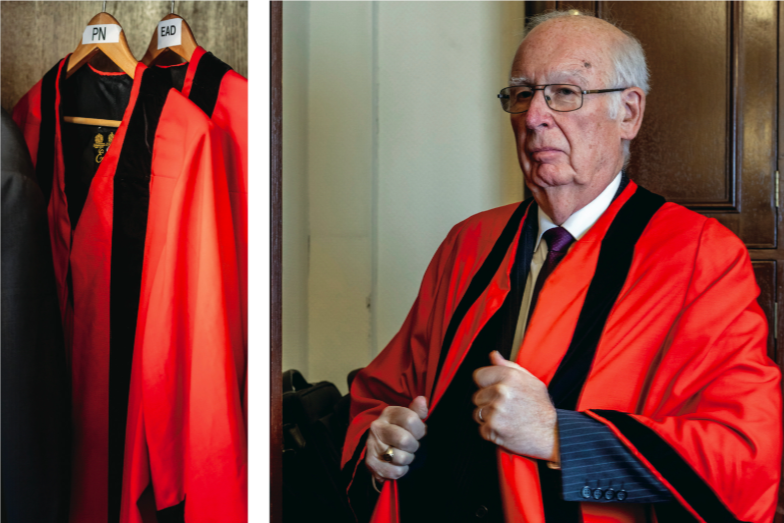 Pictured: Paul Nicolle, the outgoing Lieutenant Bailiff, was praised for his "exemplary work".

Sir William went on to say that the Court’s work has become increasingly technical over the past 20 years, and even more so in the last four years. “Some of my critics say it is the reason for my retirement… Who wouldn’t want to spend their retirement looking at 33 new pieces of legislation in the last year alone,” he quipped.

He thanked the outgoing Lieutenant Bailiff, Jurat Paul Nicolle, who is retiring this year having reached the age of 72, for this exemplary work and his willingness to preside in the court when asked to do so.

Ms Crill, a former librarian “with an interest in justice and the whole community, especially those who are most vulnerable,” as the Bailiff described her, thanked Sir William for his confidence and promised to do her best to be worthy of it.

She told the court that she had been friends with Mr Olsen since their school days, as well as colleagues, saying they have had a “great time” in the past eight years. 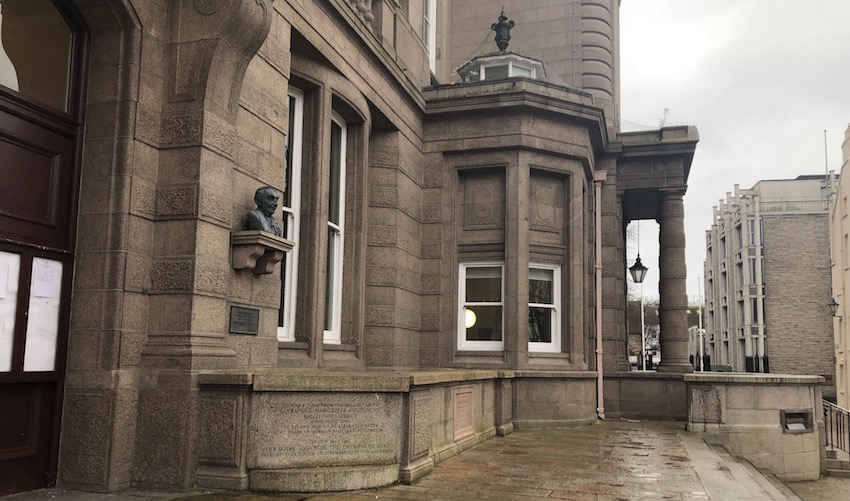 Pictured: The ceremony took place in the Royal Court building.

She talked of the bond that formed between Jurats as they make “enormous decisions” and the strong support they offer each other. She admitted that while they “often disagree strongly” - “hardly surprising given our different backgrounds” she added - there is a strong camaraderie between them.

She paid tribute to the “understated contribution” of the Court’s ushers – Stewart, Paul, Dean and Marius – describing them as “unfailingly loyal and cheerful” and a “delight to work with.” “They make the mechanisms of the Court run as smoothly as possible,” she said.

She also thanked Debbie Le Mottée, the Bailiff's Judicial Secretary for her “unwavering dedication” to the Court, whose schedule she organises.

Ms Crill went on to say she had been pleased to see the balance between men and women “drastically” change on the Jurats bench since her appointment in 2011 and encouraged female lawyers to stand up for Crown offices. 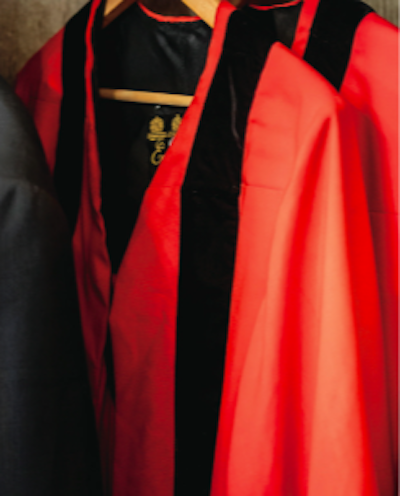 Pictured: Ms Crill there is a strong bond and camaraderie between Jurats.

Mr Olsen, a qualified lawyer and former Batônnier, also gave a speech, endorsing the tributes made to Paul Nicolle whom he described as “dedicated, principled and a pleasure to work with.” “We will miss him keenly,” he said, adding, “It says a lot about him that it will take two of us to replace him.”

He said he was as honoured about his appointment as he was about the Bailiff’s confidence.

He thanked his fellow Jurats for their “unfailing support and friendship,” describing them as the “finest colleagues” anyone could work with.

He also thanked his family and friends, especially his wife Gail, whom he described as his “rock and cornerstone.” “She never once complained when court conflicted with a holiday… not to me anyway,” he confessed. 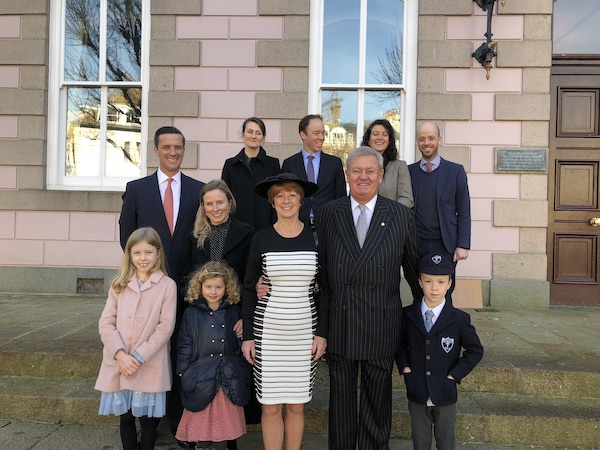 Pictured: Anthony Olsen with his wife, Gail, their children and grandchildren.

Mr Olsen told the audience that his first visit to the Royal Court when he was a “gawky teenager” impressed him, even though he had found the room “daunting” and the characters in the paintings, “whiskery and fierce.”

He said he knew in that moment his life would be linked to the Royal Court and that it has been for over 50 years. “(When I was sworn-in as a Jurat)I promised to do my best. The years have passed very quickly, sometimes quite slowly… I always tried my best and I shall continue to do my best,” he concluded.