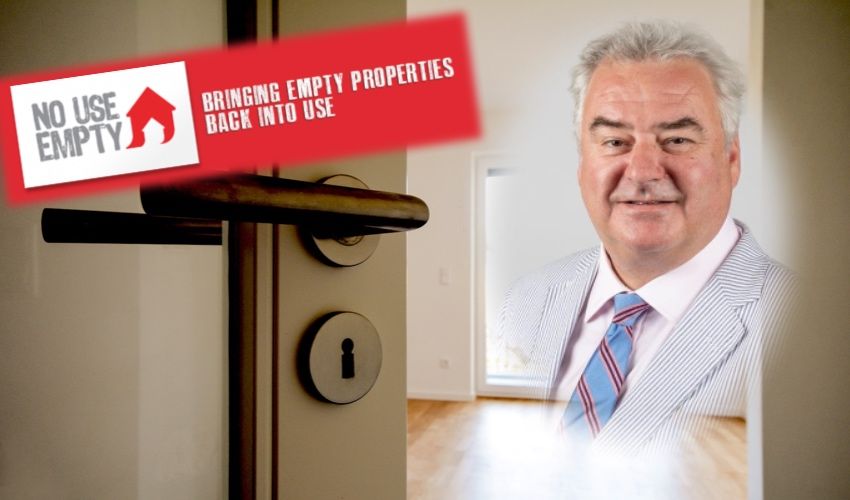 Jersey could adopt a version of ‘No Use Empty’ schemes found in the UK – which offer loans to the owners of vacant homes to make their properties habitable again.

Housing Minister Russell Labey told the States on Monday that he was pushing to set up a local variant of programmes adopted by councils in Kent, Bristol, Bath, Medway and other areas, which would be run by a trust, rather than the Government itself.

The No Use Empty initiative was launched in 2005 by Kent County Council with an aim to “substantially increase the numbers of long-term empty homes returned to use as quality housing through a range of interventions including financial assistance to owners.”

Since then, the NUE scheme has issued 375 loans supporting 1,222 units of accommodation being brought back into use. It has provided more that £42.9m of funding. Since its inception, the total number of long-term empty properties in Kent has reduced from 9,000 to 6,032.

Pictured: The Kent No Use Empty scheme was recently extended into Essex.

Loans can be made available for properties that have been empty for at least six months or more. The maximum loan permitted in Kent is £25,000 per property, up to a total maximum of £175,000.

Deputy Labey shared his thoughts after being asked for his views on a statistic in the recently published Census, which revealed that there were 4,027 vacant homes in Jersey last year – meaning that almost one in ten private dwellings are empty.

The Minister said that work had begun this year by the Government’s ‘Strategic Housing and Regeneration Team to find the best ways to get empty properties back into use.

HR added that a study in 2011 had identified reasons for 50% of the empty stock at the time. 29% of them had been between occupancy, while another 23% were holiday homes.

Deputy Kirsten Morel, who asked the original question, said he welcomed the initiative, adding that, even if 25% of vacant properties were filled, that would be another 1,000 homes available for islanders.

The Housing Minster said he also supported the setting up of a property register, although it would not capture homes that had been empty for decades.

Posted by Jon Jon on Apr 26th, 2022
Why do we always have to follow the uk .You could take out one of these loans then after move either yourself or family members into it,just so many flaws! Plus it’s up to people if they have empty houses,if your selling you certainly don’t want sitting tenants,and some people have been burnt by tenants so don’t want to let out but keep a property for their kids to live in when they grow up.
Posted by The old git Git on Apr 26th, 2022
Perhaps Russell Labey should start looking at the States owned properties on the island that are empty and have been for years. One in particular is the nurses blocks in the Parade/Saville Street thats been empty for years.
To place a comment please login Login »