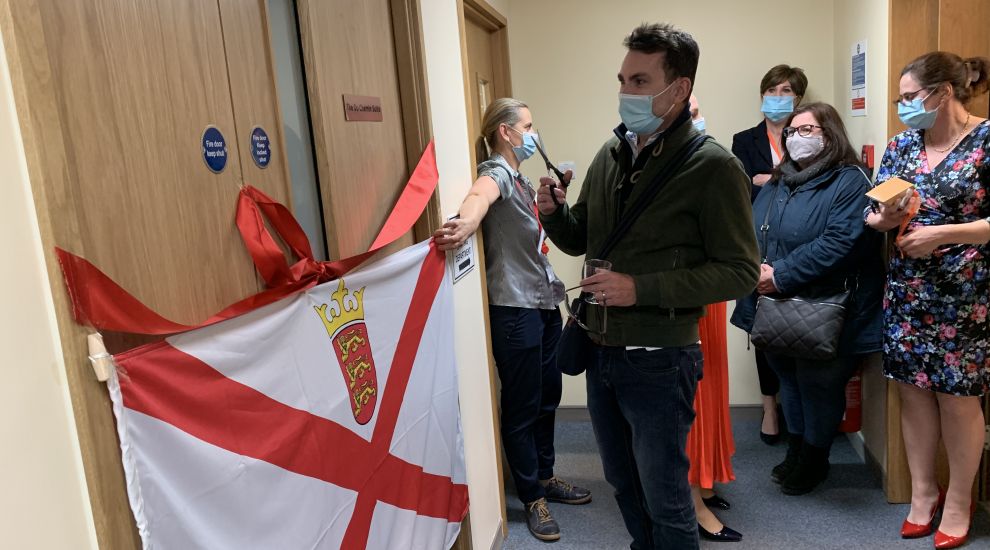 A new retinal screening clinic room for islanders with diabetes has opened at the hospital, named after the terminally ill optometrist who helped set it up.

The Du Chemin Suite, which is based at the General Hospital's Gwyneth Huelin Wing, was officially opened by its namesake, Alain du Chemin last week.

It will be open to islanders suffering from diabetes - the fourth most common cause of blindness - and diabetic retinopathy, which is a condition that develops when blood vessels in the retina become damaged and can lead to blindness.

Improvements were made to the hospital's retinal screening programme after a 2019 review showed that tests to detect the serious eye condition had not been carried out properly.

A pilot clinic of the updated Jersey Diabetic Retinal Screening Programme's (JDRSP) was suspended due to covid-19, but since January, the JDRSP has introduced:

Programme Manager Sarah Evans said: "The du Chemin Suite will house an OCT scanner and Alain is donating a significant amount of money so we can buy a slit lamp, which will allow us to see and manage many more patients. We are incredibly grateful for Alain's generosity and his continued support. We are hopeful we will have a full programme running before the autumn and every diabetic in the island seen by the end of the year."

Health Minister Deputy Richard Renouf said: "I am pleased that this encouraging step has been made to help those Islanders that are at risk of Diabetic retinopathy.

"We are extremely thankful for the incredible donations both Alain du Chemin and Diabetes Jersey have given and we remain committed to providing help to those with this disease."

Posted by Keith Marsh on Apr 19th, 2021
I really hope this moves patient call up for these special eye tests as it has been 3 years since my last one.
To place a comment please login Login »