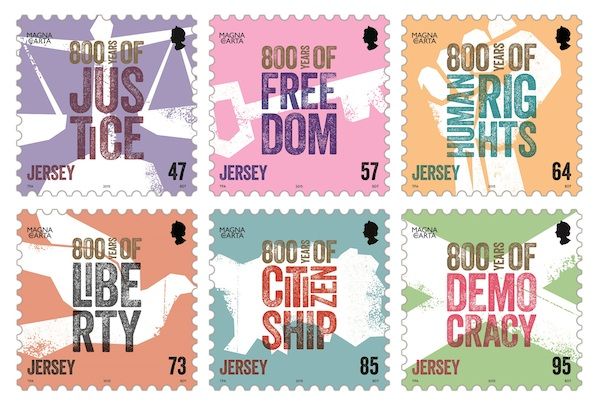 Jersey Post have got stuck in to making sure Justice, Freedom, Human Rights, Liberty, Citizenship and Democracy are all depicted in their new stamps – ideologies of Magna Carta that still resonate today, 800 years after it was first signed and sealed.

Their latest issue goes on sale on Monday – the day the original Great Charter was agreed by King John back in 1215.

It curtailed the tyrannical monarch's powers and is one of British history’s most famous and respected legal documents - often said to be the one on which democratic society was founded.

Jersey Post’s Philatelic Marketing Manager Rachel MacKenzie said: “We spent some time researching the subject of Magna Carta and the history behind this extremely significant document.

“What is amazing is that, despite being 800 years old, once you get past the complex language, much of the content and meaning of the text remains just as relevant today as it did when the charter was first sealed. It is for this reason that we decided to take a contemporary approach to the design of the stamps.

“Bold, bright colours and strong symbolic imagery help to reinforce the values of Magna Carta as the foundation stones of modern society and law.” 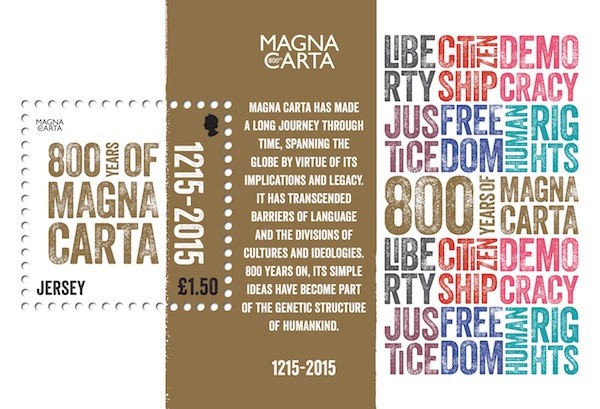 Up to thirteen copies of Magna Carta were originally made and distributed throughout the kingdom.  The four remaining copies of the original are housed at Salisbury Cathedral, Lincoln Cathedral and the British Museum.

Jersey Post bounces back after three years of losses