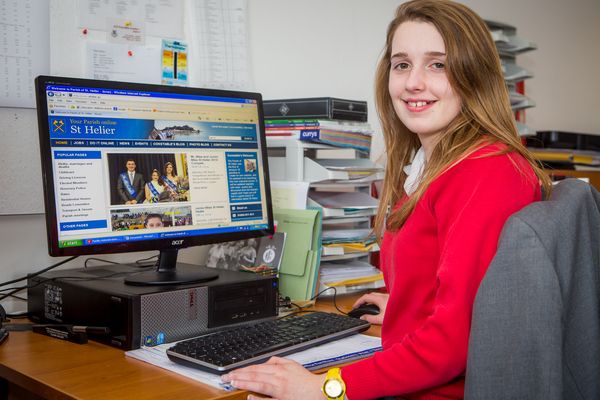 The older would-be statesmen might be hitting the campaign trail this month, but a budding young politician plans to set up the Island’s first youth parliament in a bid to get more of her peers engaged with politics.

Sixteen-year-old Jersey College for Girls student Amy Vatcher says young people don’t have an appropriate forum at the moment and she wants to give them a voice.

The Youth Parliament would operate just like the States with members aged between 16 and 18 democratically elected by the Island’s teenagers.

Amy said: “We plan to have three people elected per parish who would become ambassador’s for people’s so we would have 36 in the youth parliament who would represent the youth’s views, have debates. We plan to have a lot of politicians attending the meetings and running the debates on appropriate issues and then we can start lobbying campaigns.

“It will be the job of the ambassadors in the youth parliament to increase local awareness about politics and encourage more young people to vote.”

The sixth form student said her plans for a youth parliament already have the support of States members.

Amy said: “They really like the idea because they want the youth’s views heard and because they are the future of the Island.”

Amy already has a good insight into local government having done her Project Trident work experience at the Chief Minister’s department. She also had a part-time job at the Town Hall helping to re-vamp its website and producing leaflets on the Changing Places campaign to improve toilet facilities for disabled Islanders.

Amy is now hoping to get support from students at other schools in the Island and plans to have the new parliament ready to sit early next year.