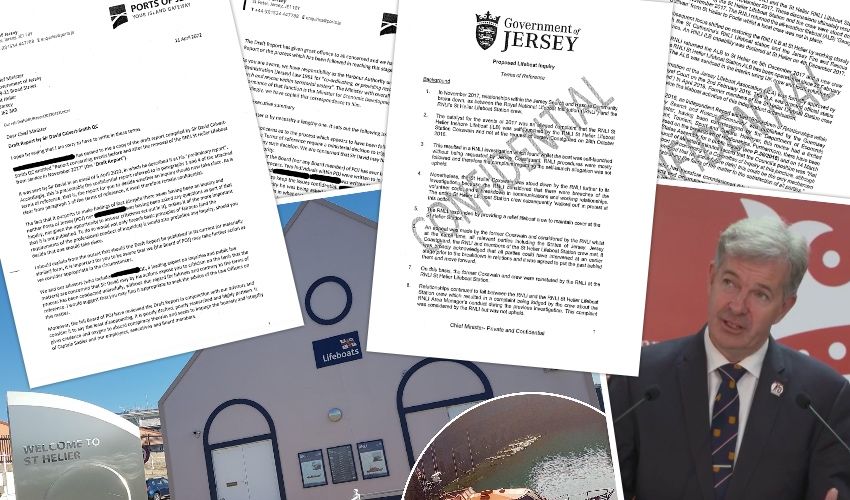 Ports of Jersey was so concerned about the accuracy and impartiality of a report commissioned by the last Chief Minister into the lifeboat saga of 2017 that its Chair urged the then-top politician not to publish it, newly released emails have revealed.

A recent request made under the Freedom of Information Law asked for copies of all correspondence sent between Ports of Jersey, its Chair and several politicians, including Senator John Le Fondré, with reference to the RNLI, and Sir David Calvert-Smith, the senior lawyer who Senator Le Fondré asked to assess if an in-depth inquiry was warranted.

He was tasked with reviewing evidence, and contacting people if necessary, relating to events which ultimately led to the creation of the independent Jersey Lifeboat Association.

Sir David’s report was leaked in draft form last May and officially released in August. In it, he was critical of Ports of Jersey, who had chosen not to engage with the evidence-gathering after getting legal advice.

However, the lawyer did not recommend that a full public inquiry should take place. 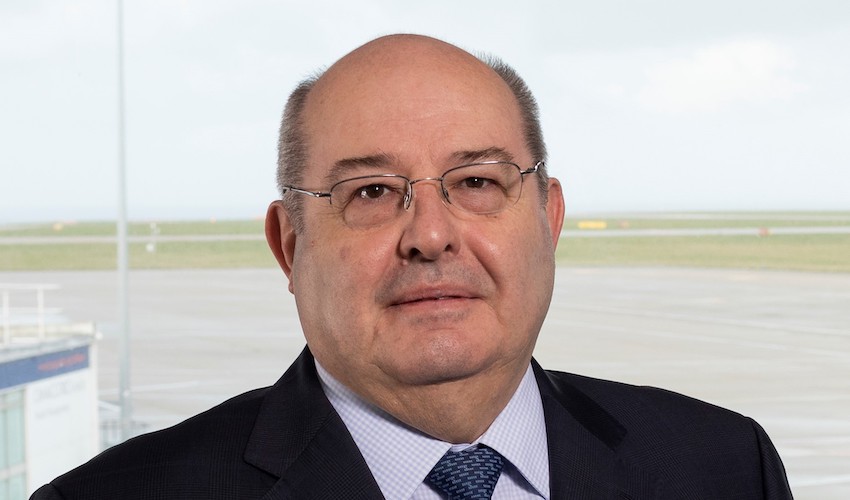 Pictured: Mark Chown, Chair of Ports of Jersey, asked for the report, which had caused "great offence", not to be published.

After its formal publication, new Chief Minister Kristina Moore said that the matter was now closed.

Writing in April to Senator Le Fondré, Ports of Jersey Chairman Mark Chown, laid out his concerns in no uncertain terms in a 14-page letter.

He suggested that Sir David "appears to have disregarded much of his own terms of reference" in producing the report.

The resulting draft, Mr Chown claimed, had given "great offence to all concerned" and that, "the fact it purports to make findings of fact" despite Ports of Jersey not being consulted or given the opportunity to "answer criticisms" meant it was "all the more important that it is not published."

Doing so, he said, would "not only breach basic principles of fairness", as well as potentially causing "prejudice to any inquiry."

“The process which should have been followed was that a confidential report would be made to you as Chief Minister for you to decide whether a further inquiry was required,” Mr Chrown wrote.

“So far as we are aware, this has not happened, and we are left instead with Sir David’s unfortunate report.

“In summary, the conduct of this matter has been wholly unacceptable, legally questionable, unprofessional and highly partisan.

“The draft report should in our view be withdrawn in its entirety, If there is to be a further inquiry, it should not be undertaken by Sir David who we perceive has gone well beyond his brief and competence. While we have copied this letter to him, we do not intend to correspond with him further.”

Mr Chown adds in summary: “We are concerned that the process adopted by Sir David is one that has been undertaken at significant public expense and instigated at the request of certain aggrieved parties, simply because they did not like the outcome of the previous inquiry held by [former Guernsey Harbourmaster] Chad Murray or the decision of the States Assembly that a Committee of Inquiry was not in the public interest.

“As noted above, I have sorry to be writing in these terms. However, I cannot stand by while Ports of Jersey and its employees are treated in such an unacceptable fashion and have their integrity questioned without any foundation.

“It is no exaggeration to say that the Board and senior management of PoJ are all respected and experienced in their fields. They do difficult jobs exceptionally well. They deserve better than this.”

More specific concerns laid out by Mr Chown in the letter include PoJ Chief Executive Matt Thomas only being given six days to respond to criticisms set out by Sir David, and the lawyer acting without due ministerial authority.

Speaking when the report was officially released, Mr Le Fondré thanked Sir David for “his thorough piece of work”.

The former Chief Minister added that the author had based his report on the available evidence provided to him and not on preconceptions.