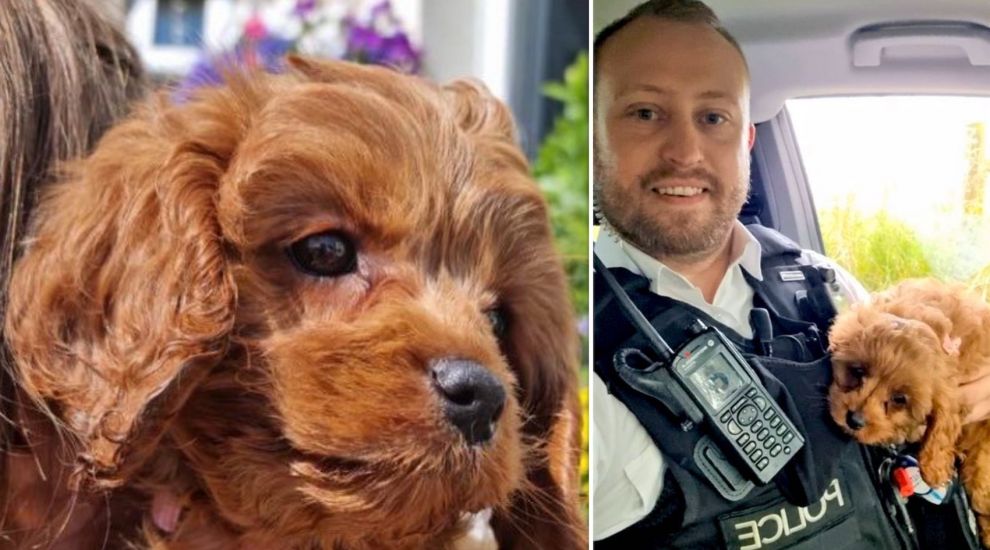 A nine-week-old puppy believed to have been taken from a parked vehicle in Trinity has been found "safe and well" following a report by a member of the public - but Police investigations are continuing.

Police said yesterday that the female Cavapoo, which was wearing a pink collar with a bow and is microchipped, was taken from a crate in a vehicle in the Meadow Bank area around 10:50 yesterday (Sunday 25 July).

Police posted on Facebook yesterday to ask for islanders' help in finding the puppy. The post was shared more than 2,000 times.

Police confirmed this morning around 07:30 that the young Cavapoo had been discovered.

"We are very pleased to say that the missing puppy has been found safe and well and reunited with her owner after cuddles with PC Farrington," the Force wrote on Facebook.

A spokesperson confirmed to Express that the puppy had been found on a Trinity road this morning after being seen by a member of the public. "Enquiries into her disappearance are ongoing," they added.

Islanders have since shared their joy and relief at the news.

"Wow fantastic. Well done to all involved," said one commenter.