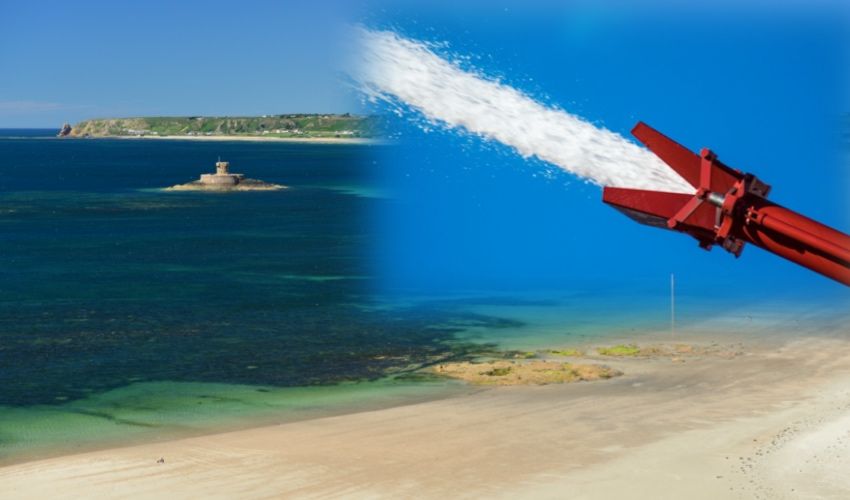 The Government is rejecting calls for a public inquiry into the alleged poisoning of islanders by a banned pollutant.

Officials said there is no evidence that exposure to PFAS chemicals is harmful to human health and that testing people's blood has “no current value."

Their response came after Express reported on two islanders’ calls for a public inquiry into the long-running saga of water contamination in St. Ouen’s Bay, caused by chemical in firefighting foam used at the Airport in the early 90s.

‘PFAS’ is a group of manmade chemicals which came into common use from the 1950s because of their resistance to heat, water and oil. Two of the family – PFOS, which was used in the firefighting foam, and PFOA, used in Teflon, outdoor clothing and many other products – are found in Jersey’s water supplies.

Sarah Simon, who lives under the western end of the runway, believes that herself, her family and many neighbours have all suffered illnesses associated with PFOS poisoning, including cancers and skin, thyroid, nerve and autoimmune disorders.

Pictured: Sarah Simon has been campaigning for two years for a public inquiry into PFOS contamination in St. Ouen's Bay.

After failing to get what she deemed to be a satisfactory response from the Government, she has sent her own blood, and those of others including the late family dog, for PFAS testing. These showed levels of the chemical far in excess of safe limits.

Meanwhile, retired Airport executive Jeremy Snowdon, who lives in St. Ouen’s Bay, would also like to see a public enquiry. He believes that the level of PFOS and PFOA that Jersey considers ‘safe’ is far too high and outdated.

But the Government has rejected their calls, saying that existing work was equivalent to a public inquiry.

A spokesperson said: “The work that a public inquiry would undertake has been in progress since December 2018, when traces of PFOS and PFOA were found in a private water supply (borehole) near the Airport but outside the historic St. Ouen’s Bay plume.

“The Minister for the Environment, Deputy John Young, established a political board and an officer technical group to investigate the issue and to make recommendations as required. A screening and analysis programme was undertaken across from different sources across the Island not only for PFOS and PFOA, but also for pesticides and other chemicals.

“The group’s interim report regarding PFAS was published in July 2019. The report detailed a structured approach going forward and included 18 recommendations. One of the recommendations was to undertake a detailed hydrogeological survey of the plume in St. Ouen’s Bay. This will inform the levels of PFAS and the position of the plume area and, importantly, the options available going forward for any clean-up.”

Mr Snowdon strongly rejected the assertion that the study amounted to a public inquiry.

“It is absolute rubbish,” he said. “A public inquiry would be ‘public’ – the current charade is held in secret with no minutes taken and not even a list of attendees at the meetings.

“Without sight of the purposes of the technical group and the political board, I fear that this can is being kicked down the road as it has been for the past 20-plus years. I had discussed with the Minister in the past about a proper rigorous and independent inquiry into the whole issue.

“Hopefully the board will come to the same conclusion but meanwhile there are now more than a hundred residents fearful for their health.”

On the issue of investigating the claims that residents were being poisoned by PFOS, the Government said: “While it remains good advice for people to avoid exposure to these substances where possible, complete avoidance of PFAS exposure is impossible as the substances are present at low levels in the environment in all societies in western civilisation.

“GPs will refer people with concerns to an appropriate expert in toxicological medicine, but blood tests are not recommended to determine whether any medical condition is attributable to exposure to PFOS or PFOA and have no current value in informing clinical management.

“Worldwide, there has been considerable research into the relationship between PFAS exposure and health effects. The national public health authorities in Australia, Canada and the United States have all concluded that there is no evidence confirming adverse effects on human health caused by exposure to PFAS and that no specific health screening is appropriate or warranted.”

Miss Simon, however, rejected the claim that there was no link between PFAS and ill health.

“I am astonished that the Government think that there is ‘no evidence’ confirming adverse health effects caused by PFAS exposure," she said. 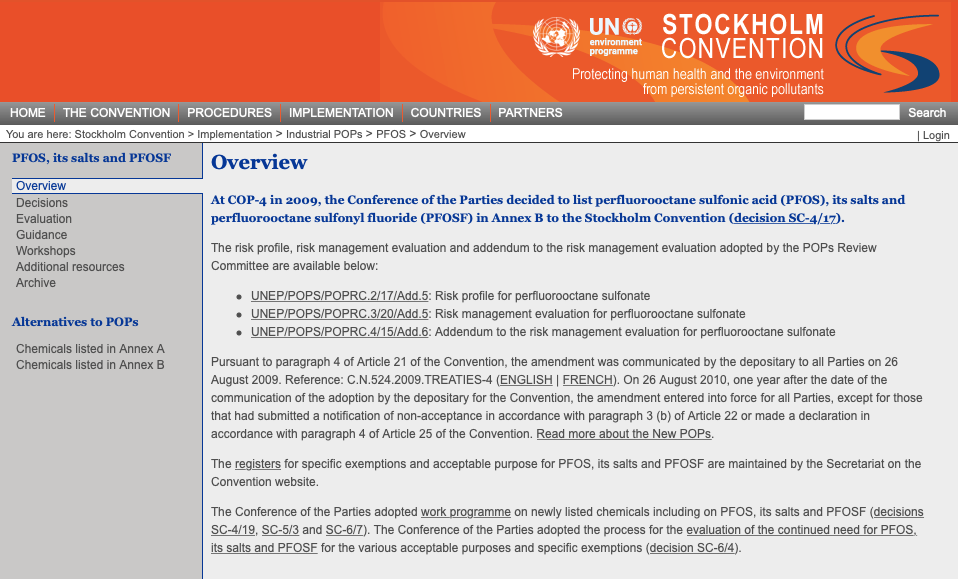 “These type of studies that have led to the banning of PFAS worldwide by the UN’s Stockholm Convention, which says: ‘PFOS is likely, as a result of its long-range environmental transport, to lead to significant adverse human health and environmental effects, such that global action is warranted’.

“Another recent study on humans shows that PFAS may influence antibody response to vaccination and other health issues, such as asthma. This is really important as we wait for a vaccine for covid-19.”

“I would, however, like to thank the Government for finally agreeing to a refer residents with concerns for their health to an expert in toxicological medicine, but I have to ask: how is a toxicologist going to know you have toxins in your body without the relevant biomarker, which is this case is blood test?"

She added: “My family run a quarry in St. Ouen’s Bay. We have plenty of sand should the Government wish to bury their heads any deeper.”