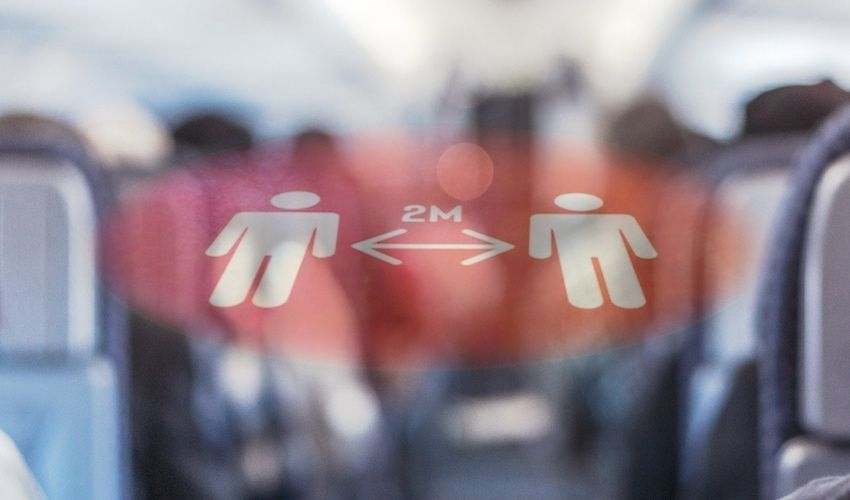 The government has not ordered that physical distancing take place on Blue Islands' lifeline flights - despite other businesses being prevented from opening if they are unable to maintain two-metre distances between customers.

The news emerged after several passengers who have flown back to the island in recent weeks told Express of being seated on "packed" flights, where they were not kept at a distance from passengers from different households.

When Express asked Economic Development Minister, Senator Lyndon Farnham, why the government had not ordered that distancing should happen on flights, he said it would not be "realistic or pragmatic" to do so.

This comes despite advice from Deputy Medical Officer for Health Dr Ivan Muscat that physical distancing is the most important measure for curbing the spread of covid-19.

The position is also in direct contrast to rules imposed on indoor businesses - many of which have made costly adaptations to their operations - in order that they can reopen to customers.

One such business was El Tico, which had put up screens between tables but was still unable to open under government guidance, as its main walkway is only 1.5 metres wide.

There are currently three rotations to and from Southampton every week as well as weekly return flight between Jersey and Gatwick – all operated by Blue Islands as part of a contract with the Government.

All services are only available for those travelling for medical or compassionate reasons, or for those going via the UK as part of their necessary travel.

Anyone wanting to travel on the flights has to complete a health declaration and provide additional information to identify the purpose of their travel. Once the documents have been verified, eligible travellers will be given a unique code to book a qualifying seat on the Blue Islands website. 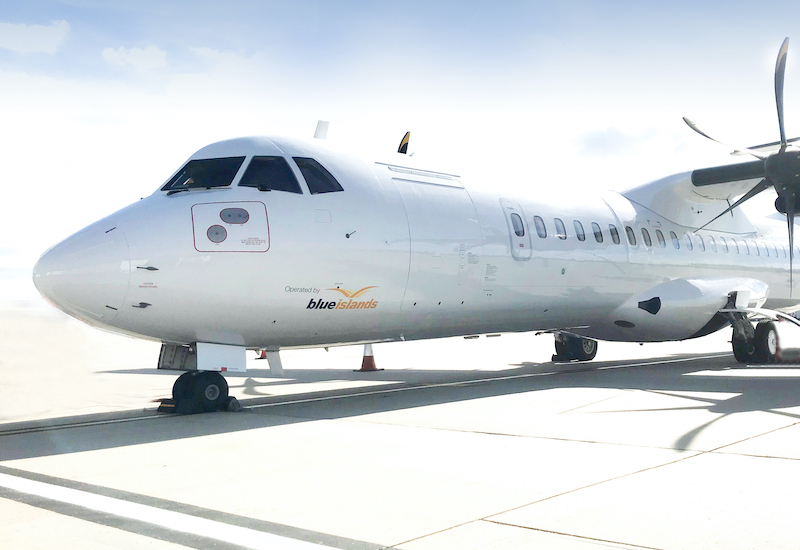 Pictured: The lifeline services are provided by Blue Islands.

Asked about the lack of physical distancing on flights during the press conference, the Chief Minister, Senator John Le Fondré, acknowledged people are sitting on adjacent rows and assured the ‘track and trace’ process would help identifying those who had sat near to a passenger who tested positive upon arrival in the island.

Pushed to confirm whether there was a government stipulation that there has to be distancing on a plane, Senator Farnham suggested there was none for practical reasons.

“It would be absolutely impossible. So, there has to be a sensible view taken on that.

“We see it now as we walk around the island and pass anybody in the street. You have to momentarily pass within the two-meter distance."

Video: The question of physical distancing arose during a virtual media briefing.

The Chief Minister assured that “very strict distancing” is enforced on medical flights, which he says is different to the “more public flights”.

The Government’s Press Office and Blue Islands have been contacted on the subject of physical distancing on flights but hadn’t replied at the time of publishing.

Elsewhere in the conference, Senator Farnham said he wants a testing facility to be launched at the ports in the near future.

“I'm very keen for a testing regime to come into operation at the ports as possible,” he replied to a question from Express. “I'd like the opportunity for islanders to be able to get off the island onto the continent, as a lot of islanders have homes there.

“As France begins to relax its travel regulations and many islanders need to go over there and look after their interests, I would very much hope we're in a position to offer that facility at the ports on a scale that is makes it logistically possible as soon as we possibly can.”

Pictured: Senator Farnham wants a testing regime at the harbour as soon as possible.

Senator Le Fondré however warned that the larger scale on which the harbour operates is posing difficulties to the creation of a testing facility.

“...There will have to be a testing regime of some measure and one of the challenges actually between the airport and the port is if you have a boat coming in with or ship coming in with say 800 passengers on it, that's a different logistical exercise of let's say a hundred people turning up in one go, versus perhaps five or six planes coming through with a hundred, hundred and fifty people on, it’s spaced out.

“The logistical element, the practical element is actually one of the challenges that people are now trying to go through.”