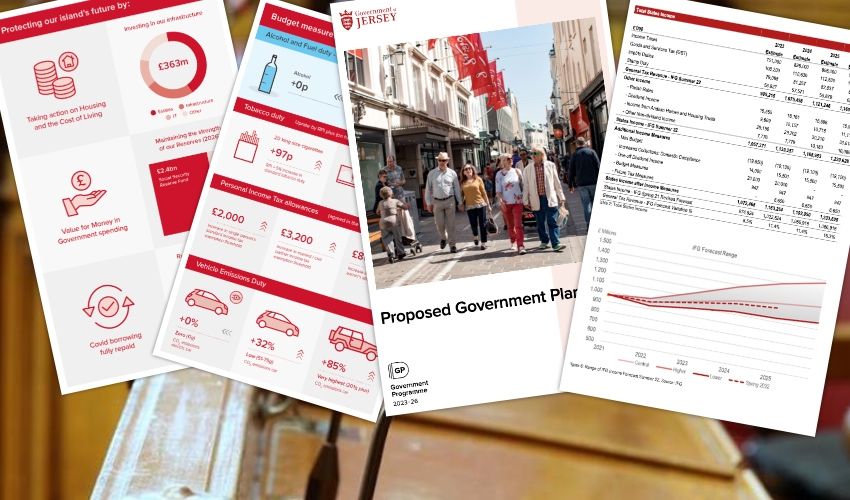 A little over three months into its term, the Government has published its first major budget... Express breaks down the key elements you need to know in numbers.

In Jersey, public spending is now enshrined in something called the ‘Government Plan’, which is always published at this time of year and then debated in December.

It proposes firm spending plans for the year ahead, so 2023 in this case, and then spending ambitions for the following three years, so up to 2026 with this edition.

Those ambitions aren’t set in stone until they feature in the first year of the relevant Government Plan.

So, what has been decided for 2023? Here are the headline numbers...

...is how much of the 63.89p per litre fuel duty goes to the Climate Emergency Fund.

...is the increase in the income tax exemption threshold for a married couple, as announced in the recent mini-budget (an increase of 12%).

...the amount that the Government will spend on capital projects next year, which includes

...is how much the Government wants to save in 2023 through efficiency drives. The bulk of this (£7m) will be through only accepting pay rises in line with inflation. The rest will be through demanding that departments find smarter ways to work.

...the minimum amount of tax that wealthy residents who can bypass the housing laws will have to pay. That’s £25,000 more than currently.

...the difference in stamp duty between what islanders buying a home to live will have to pay and those buying an investment property or a second / holiday home.

...extra spending included for next year above that budgeted in the 2022 Government Plan.

...expected States expenditure in 2023, before depreciation.

...how much taxpayers will fund the restoration and modernisation of the Opera House in 2023 and 2024.