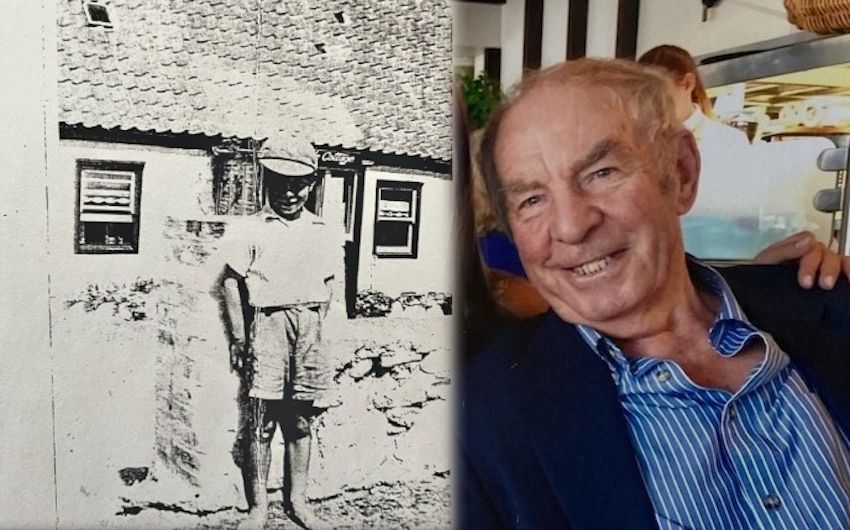 An islander has spoken about his first memory of the occupation, from 28 June 1940 – eighty years ago, yesterday – after he was blown off the sea wall when a bomb landed just metres away.

Gerald (Gerry) Le Marrec was 7 years old at the time. But 8 decades on, he says his memories of that day are still as "vivid" as ever.

With the help of his granddaughter, he has shared his experiences of occupation life in his new memoir – starting with the bombing at La Rocque Harbour.

“It all happened so quickly," he recalled. "Everything went pitch dark because of the smoke. We didn’t know what was happening to us.

"We had a miraculous escape.” 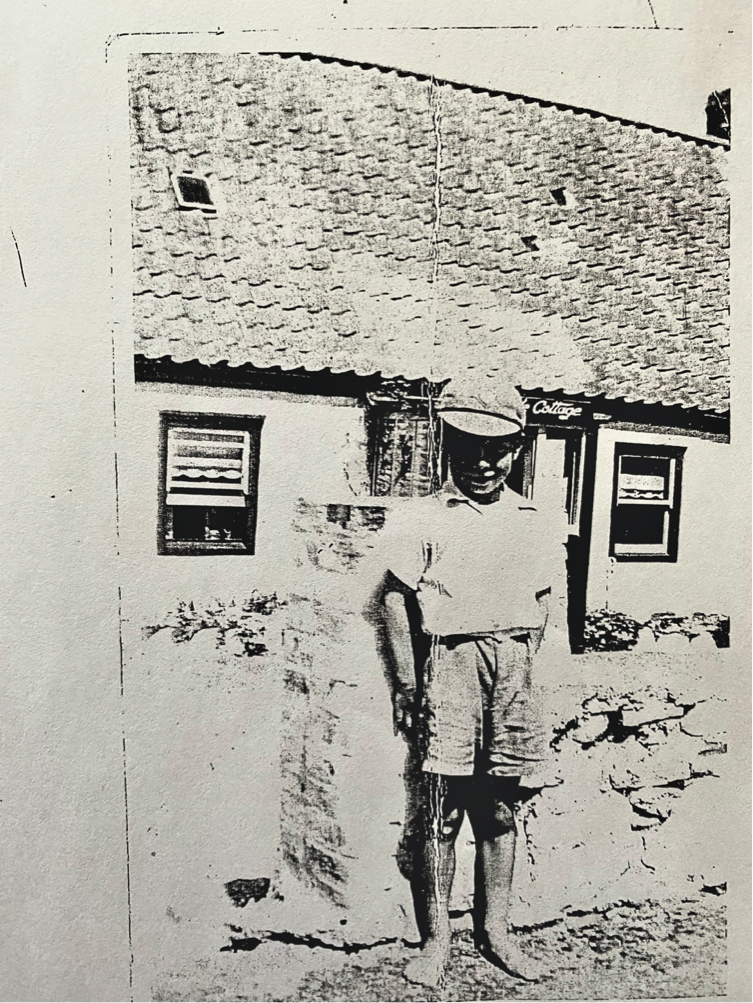 Pictured: Gerald Le Marrec standing in front of the sea wall, shortly after the bombing.

Gerald has dedicated the memoir to his childhood friend Bernie Robert, who was with him on the day of the bombing.

Here's an excerpt from Gerald’s memoir…

“My ‘occupation’ started at 7pm on June 28th 1940. I was standing with a close friend Bernie Robert on one of the two sea walls bordering the main slipway at La Rocque Harbour. We were both seven years old. 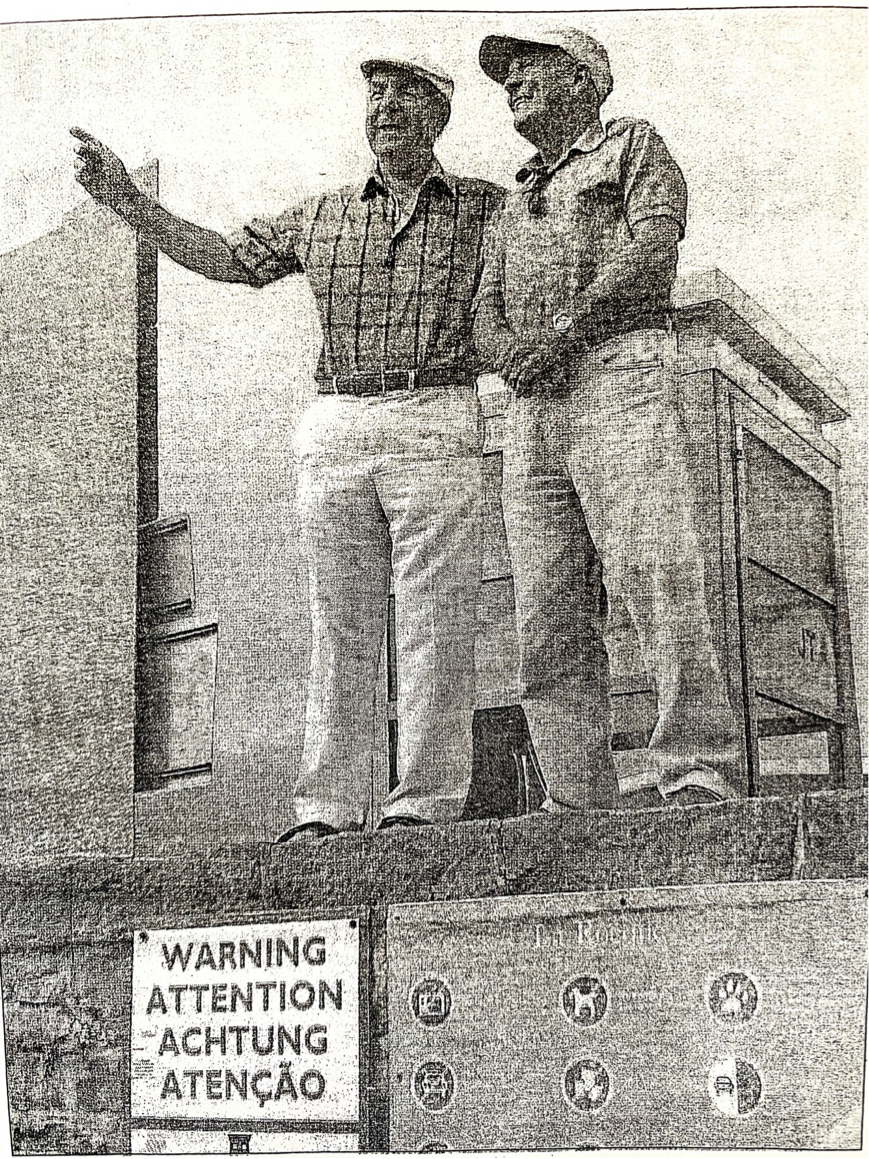 Pictured: Gerald and his childhood friend Bernie Robert pictured on the sea wall six years ago.

We were watching three German Heinkel bombers flying quite low from the direction of France. We were not unduly worried, as on days previously, the odd German plane had been flying over, probably reconnaissance aircraft checking possible defences.

Suddenly we heard the whistling and screaming of descending bombs. There were two explosions, one approximately a hundred yards away close in shore. The second exploded in the road just opposite the wall we were standing on, twenty yards away. 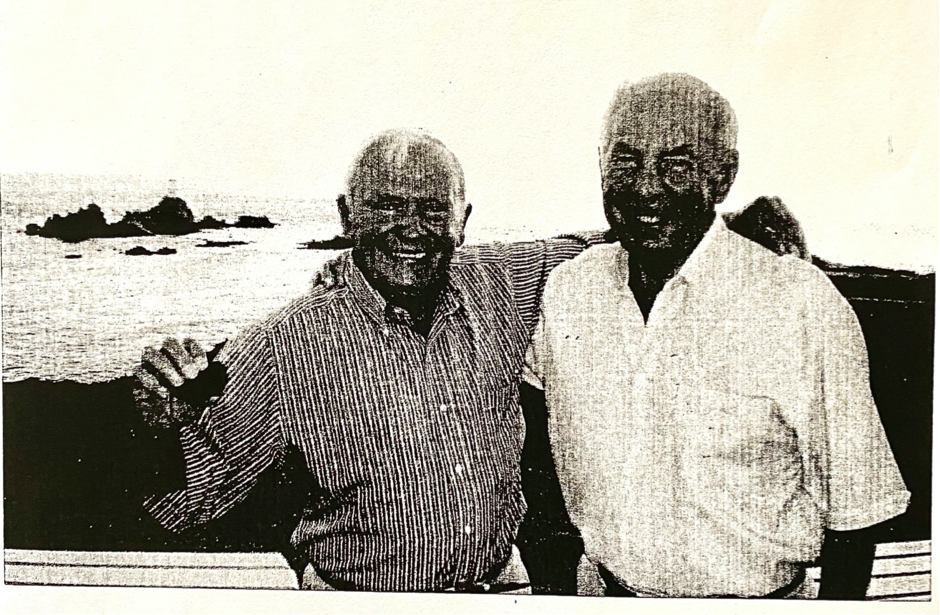 Pictured: Bernie holding up a piece of shrapnel from the bomb that came close to killing him and Gerald.

We either fell or were blown off the wall, landing on the sheltered side. The wall, in spite of the explosion, stood firm and without doubt saved our lives. We escaped without a scratch.”