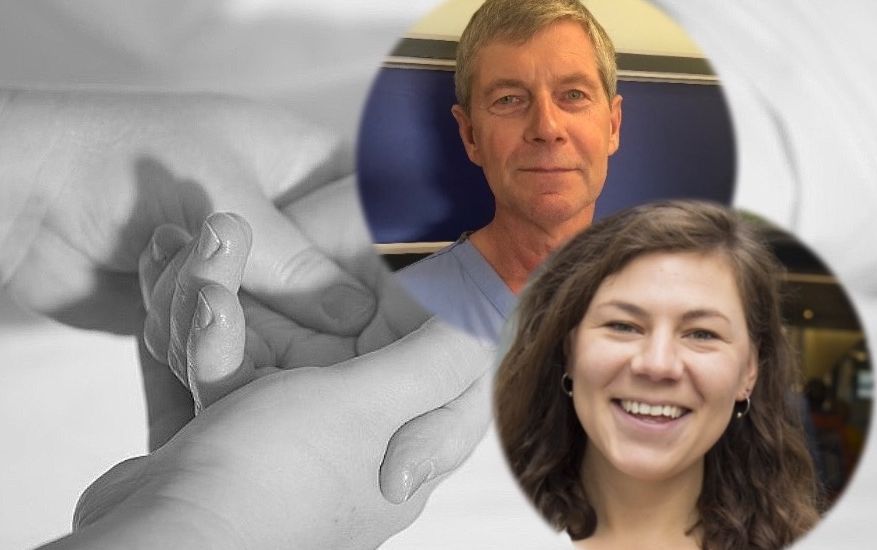 A Jersey doctor whose daughter was once the “sickest child in the UK” has described the torment of waiting for a life-saving heart transplant, in an emotional plea to get islanders to become organ donors.

Dr Neil MacLachlan, who experienced first-hand the vital role of organ donors when his young daughter went into terminal heart failure, is calling for islanders to make the same decision as the stranger that saved her life by signing up to the register.

During Organ Donation Awareness Week (3 - 9 September), he shared their story with Express...

In 2006, Dr MacLachlan’s daughter, Catherine, who was only 15 years old at the time, went to the doctor because she had developed a fast heart rate, and was feeling unwell. A chest X-ray at the hospital later revealed that the teenage girl was in heart-failure.

“You just never think it’s going to happen to you," the Jersey hospital consultant and gynaecologist recalled.

Pictured: A consultant Obstetrician and Gynaecologist at Jersey Hospital is calling for islanders to become organ donors.

Over the following months, Catherine went backwards and forwards between Jersey and Great Ormond Street Hospital (GOSH) in London, where she was told she was in terminal heart failure.

She had to undergo a serious operation to have a defibrillator fitted on her heart in case it stopped beating, but when the surgeons fitted it, it didn’t restart her heart and she was placed on life support. Looking back on the time, Catherine described herself as the "sickest child in the UK" in a submission to a panel reviewing Jersey's organ donation policy.

It was at this point that Catherine’s life and the MacLachlan family were in the hands of strangers who had signed themselves up to be organ donors. They would have to wait for ten days before, miraculously, Catherine was given a new heart.

After the surgery came another month of waiting to see whether Catherine’s body would reject the transplanted heart, but fortunately she made a full recovery and returned to school a few months later to start her A-levels. 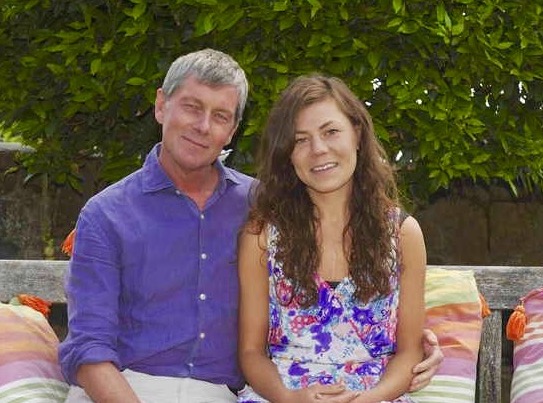 Pictured: Dr Neil MacLachlan and his daughter Catherine MacLachlan, whose life was saved after receiving an emergency heart transplant when she was 15 (Neil MacLachlan).

“We as a family have always paid respect to the donor and their family, because Catherine has had 12 years because of that transplant - that’s 12 years she wouldn’t have had. She finished her studies, she went to university, she went skydiving… she lives a normal life," Dr Machlachlan said, musing that the donor's decision took just "minutes."

To give back to GOSH, where she received life-saving treatment, Catherine has since set up a charity called the Love Hearts Appeal, which raises money for children in need of heart transplants as well as raising awareness around organ donation.

The charity has raised £120,000 to install a cubicle in GOSH’s new Heart Centre which allows parents to sleep beside their seriously ill children - something directly inspired by the family's experience. When Catherine was ill, there was no facility for Dr Machlachlan or his wife to sleep next to their daughter, which they both found distressing at an already difficult time.

Ever since Catherine fell ill, the MacLachlan family have been campaigning to get more people to sign up as organ donors as well as raising money towards completing further medical research to help reduce the risk of transplant failure and save the lives of children undergoing heart transplants.

Dr MacLachlan said the first thing people can do is sign up to the organ donor register or visit one of the special areas at both entrances of the Hospital where you can sign up by post.

“If you would accept an organ, why wouldn’t you donate one?” Dr Machlachlan questioned.

In April, the States voted overwhelmingly in favour of an ‘opt-out’ system when it comes to organ donation, which is expected to come into effect next summer.

Once signed up, Dr MacLachlan emphasised that registered donors must have a conversation with their families to ensure that next of kins understand this decision and, should the situation arise, that this choice should be honoured.

Pictured: The Love Hearts Appeal on their sponsored cycle to Paris to raise money for children undergoing heart transplants.

"We’re trying to encourage people to talk with their families, because if you look at the figures, about 90% of people agree with organ donation, but unfortunately a lot of families block it. If you have signed onto the register and spoken with your family, the organ donation rate at least doubles because there isn’t this refusal from family.”

Catherine now lives in London working as a speech and language therapist as well as helping to run the Love Hearts Appeal with her family.

As part of Donation Awareness Week, the Hospital will be holding a ‘Gift of Life’ service at the Town Church tomorrow at 14:30 which is open to the public to celebrate and honour all those who have been touched by organ donation in some way.

You can sign up to the register by clicking here.

Posted by nigel pearce on Sep 7th, 2018
There is never an age limit given for these donations. For instance, would a 75yo organ be accepted or does it depend on the health of the donor?
Posted by Daniela silvester on Sep 9th, 2018
This needs to be underpinned with education and support. Please check out the work of Believe: https://www.believe-ods.org.uk/

This welsh charity aims to promote organ donation awareness and support in Wales and beyond. It was founded by Anna-Louise Bates. Her husband and their 7 year old son (Fraser) were tragically struck by a car and killed two years ago. Her husband died at the scene and was unable to donate his organs however, their son Fraser went on to save four lives through organ donation. Anna-Louise had already had a conversation about organ donation with her family and was able to follow their wishes. You never think the unimaginable will happen to you, but it can and in the blink of an eye. Please have the conversation about organ donation with your loved ones.
To place a comment please login Login »