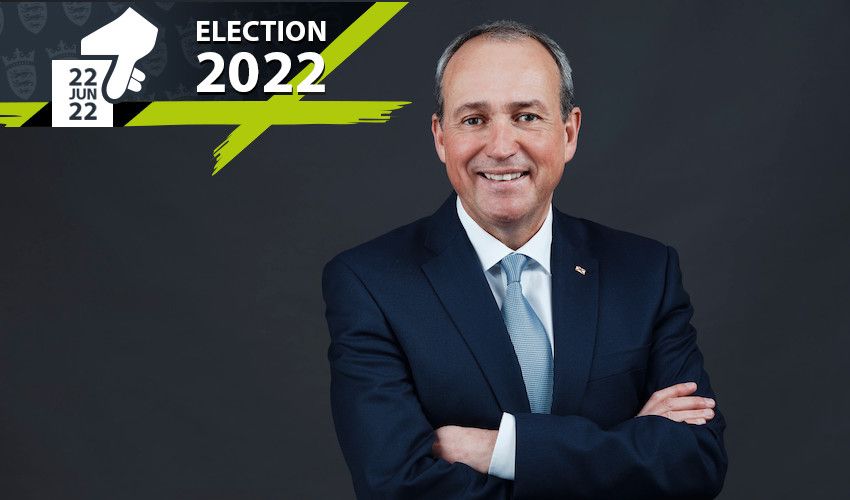 The Minister with responsibility for the Our Hospital project is seeking re-election.

Senator Lyndon Farnham, who describes the removal of the island-wide mandate as an “error of judgment by the current Assembly”, is looking to secure a Deputy seat in the newly created ‘super-district’ of St. Mary, St. Ouen and St. Peter.

In the current Council of Ministers, he has served as Economic Development Minister, which has seen him focus on protecting jobs and the economy during the pandemic, and held political responsibility for the ‘Our Hospital’ project as Deputy Chief Minister,

Senator Farnham said he would be standing as an independent candidate and “will not be seeking to join any political parties or coalitions.”

Yet to be released, Senator Farnham said his manifesto will “focus on dealing with the challenges presented by the current sharp increases in the cost of living, the housing affordability crisis and providing the very best health facilities for future generations of islanders.”

He continued: “We will face some huge challenges during the next term of office and it is  therefore, important for islanders to elect a States Assembly that is both representative of our community and which contains the skills and experience necessary to deal with the challenges that lie ahead.

“As Jersey’s Deputy Chief Minister and Minister for Economic Development, Tourism, Sport and Culture, I have represented the island overseas at the highest political levels, defending and promoting our interests, and strengthening our relationships with other countries and jurisdictions.”

Posted by Jon Jon on May 10th, 2022
Farnhams fate in the hands of St Ouens? Only thing I agree is with him is bring back Island Mandate for all!
To place a comment please login Login »