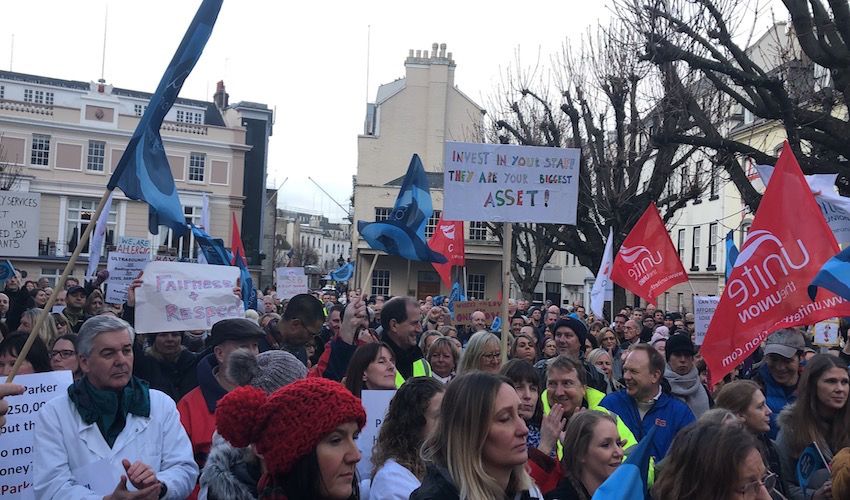 Civil servants "outraged at the lack of respect" shown for them by the government over the ongoing pay battle have announced two days of strikes.

Vice President of union JCSA Prospect, Gary Davies, wrote to its members today to notify them of the planned industrial action on Friday 23 and Tuesday 27 August.

He explained that the strikes had been deliberately "scheduled for a time when many staff are on leave and departments are running with minimal staff, so any strike action will have a greater effect."

Pictured: Public sector workers rallying in the Royal Square in a strike over pay earlier this year.

But, with the SEB having failed to put another offer on the table, today JCSA Prospect announced two days of strikes, each split into half-day sessions - a course of action described as "something none of us wished to have to take."

"...We have been left with no alternative in the face of an employer who refuses to sit down and negotiate with us to get a resolution that is acceptable. The employer has refused to improve the 18/19 offer, in any form, whilst we see even the next lowest group being awarded 100% more consolidated awards for 18/19, the employer has provided no justification for this significant difference," Mr Davies continued.

"Members are clearly outraged at the lack of respect shown for civil servants by the SEB. Union negotiators had suggested that some addition annual leave for 18/19 would at least provide some compensation for the poor 18/19 award, but the employer responded by saying any increase in annual leave would only be offered in return for an increase in working hours (which amounted to an hourly rate pay cut)."

Civil servants were also offered an agreement whereby they would be able to enjoy bonuses - but only if they could find that money through savings. 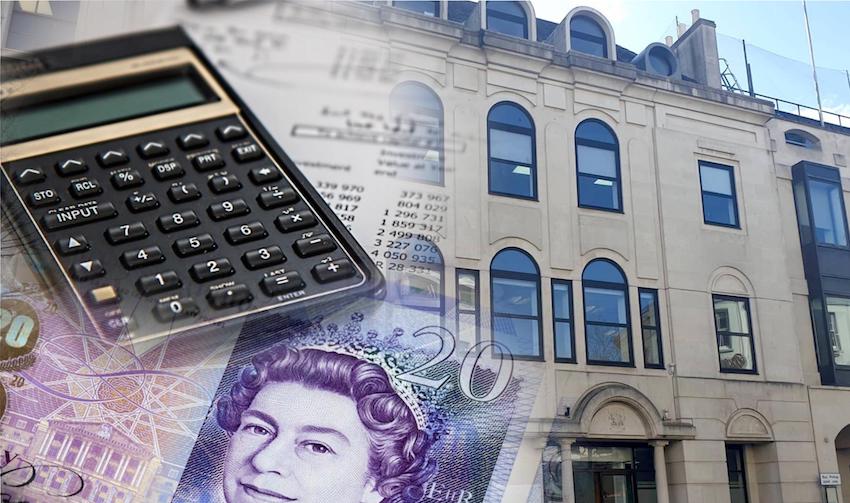 Pictured: Increases in annual leave were previously offered by the SEB in return for longer working hours.

The union hopes that the half-day format of the strikes will therefore give members a way to "show their disgust", including those who may not be "financially able to strike for all four strikes."

While the strikes are scheduled to have maximum impact possible on the government, JCSA assured that it would ensure there was appropriate emergency cover in 'Essential Service Areas' "as we do not wish to place any member of the public at serious risk."

The strikes will be taking place at the following times:

Posted by Stevie Ocean on Jul 18th, 2019
I feel this very stupid greedy and unreasonable people who are on the low pay level have to make do so why not you could it be you live beyond your means that's nobody's fault except your own Stevie Ocean ????
To place a comment please login Login »