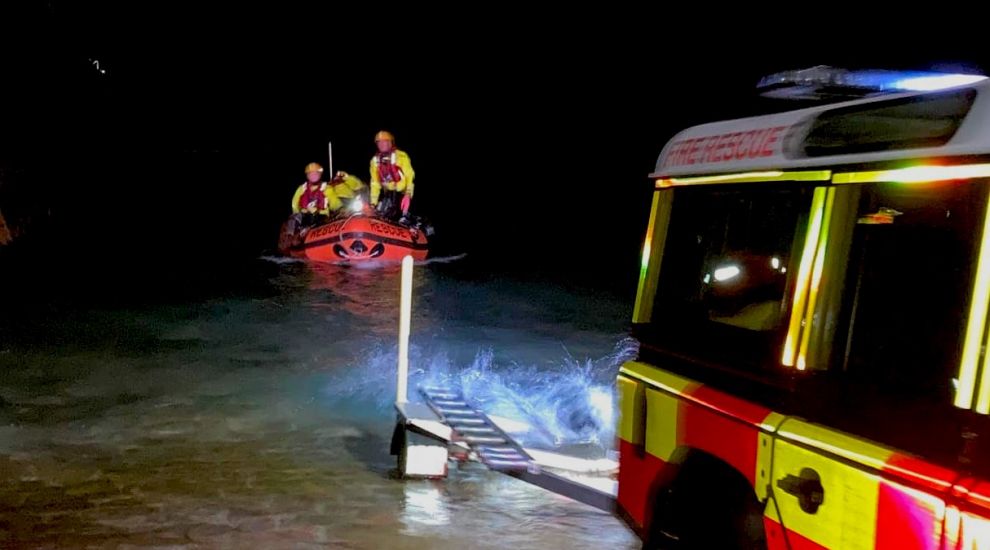 Air and sea rescue services teamed up last night in a major operation to rescue an uncontactable pair from a sinking boat that had struck rocks near the Ecréhous.

The alarm was raised around 18:00 and the RNLI, JLA, Fire and Rescue Service and Channel Island Air Search were all asked to help locate the 16ft Orkney vessel, which had lost power.

After firing off all their rescue flares, the pair on the stricken boat had just one flare left.

Once in the area, the crew on the St. Catherine’s RNLI inshore lifeboat launched one flare and waited for the pair to respond with their last flare – but it didn’t come, and the pair were no longer able to be reached by phone. 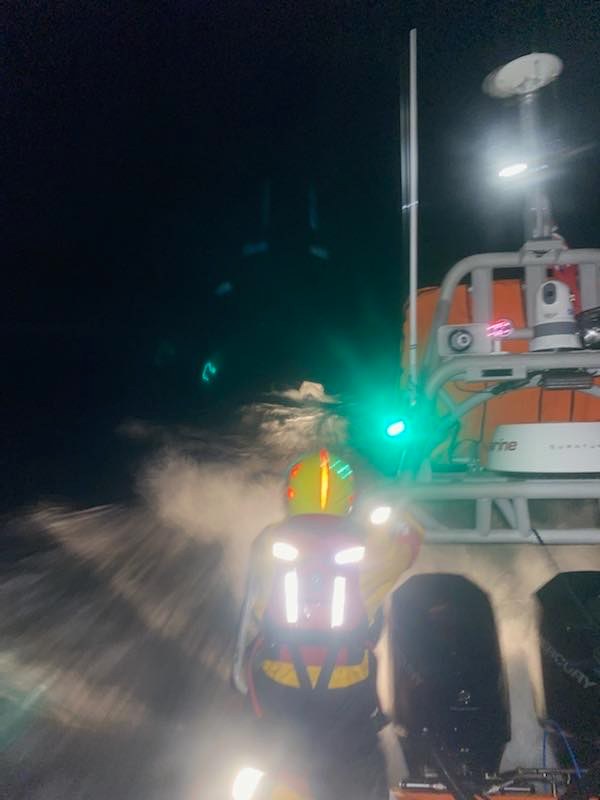 Pictured: The JLA on its way to the shout.

Channel Islands Air Search then spotted a vessel of the correct description three miles north of the Ecréhous.

They then communicated the coordinates to the lifeboat crews, who went to pick up the casualties.

Having found the sinking boat, the RNLI crew noted a “strong smell of petrol” and that the two people on board were showing “signs of shock and early signs of hypothermia”.

“Well done to all involved, a successful outcome,” said the JLA.

The RNLI said it was a “great example of teamwork by four different SAR organisations in the Channel Islands.”

The Channel Islands Air Search crew said it was "delighted to have helped with this search."

They added: "The use of our role equipment, especially the Wescam MX10 thermal camera and the AIMS-HD mission management mapping system allowed us to maintain an accurate position for the casualty and help the boat crews recover them quickly.

"The SAR facilities in the Islands are second to none and we all worked together as one team, well done to everyone involved."

Hundreds of islanders have since praised the teams on social media, with one commenting: “It’s so reassuring being in Jersey knowing there are so many amazing teams of people all there at close quarters!

"We must not forget how lucky we are to have these lads and ladies around us.”

Pictured top: The lifeboat carrying the casualties making its way to shore. (JFRS)

Posted by Martin on Nov 17th, 2021
Persons cannot be automatically charged a fee for being rescued as some would not call BUT let us hope that those who are rescued whether their own fault or not make a good donation to the JERSEY lifeboat fund!
To place a comment please login Login »