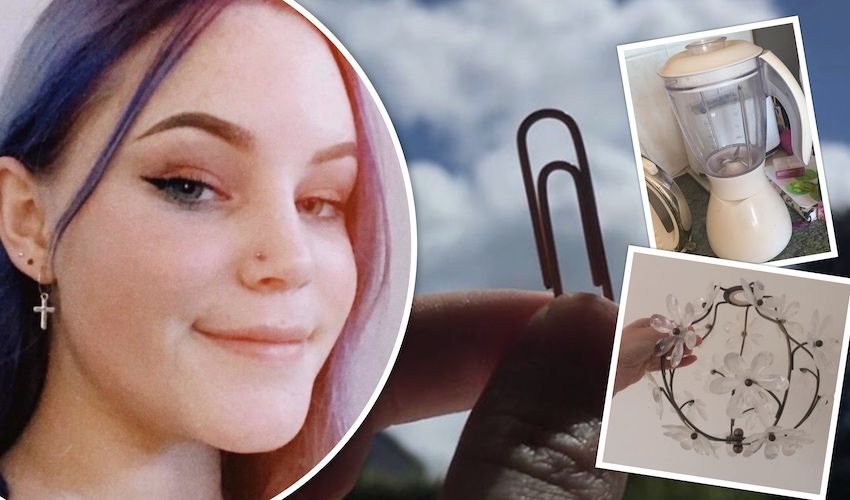 A local teen armed with a single paperclip has started a trading project to encourage islanders to see the value of swapping over buying and selling - and has already bagged herself a blender.

Caitlin Le Couteur (16) launched her trading mission earlier this week in a moment of extreme boredom, having had little to do since the beginning of lockdown in March.

The Year 11 student told Express she was inspired by a woman in the US, who recently went viral in her bid to trade a bobby pin for a house.

According to Caitlin, the task is likely to be even more challenging in Jersey.

“There is a woman in America who got a large following from it, but obviously she had the whole of America for her project,” the teen said. “I thought it would be a bit harder with not so many people on a small island.”

My next trade is up! Watch til the end . . . #trademeproject #tmp

Video: Caitlin was inspired by similar projects in the US.

Starting with an orange paperclip, Caitlin published her first request to trade in a local Facebook group on Tuesday afternoon without expecting much.

“I didn’t expect it to have any sort of interest,” she admitted. “I thought people would just scroll past and think, ‘It’s just a teenager trying to be silly.'"

However, within the space of a few hours, she had made several trades already, exchanging her paperclip for a flowery ceiling lamp, then onto a blender.

Caitlin was pleased with the result but couldn’t quite believe it at first.

“Someone contacted me straight away to trade the paperclip for the lamp and I said, ‘Are you serious? It’s only been up for five minutes!'” she explained. “Some people were saying, ‘This is why we need to go back to work,’ but this woman thought it was a lovely thing to do.”

hi all! i started this journey on a few facebook groups in jersey channel islands and have had a lot of support to start an instagram/facebook account! this is my first trade! how exciting. i’ve gone from this yellow paperclip to this lovely ceiling lamp all in 10 minutes since posting my idea! thank you all for joining me and many more trades to come! #jerseyci #channelislands #jerseytradingproject #trademeproject #explorepage

A post shared by jersey trading project (@jerseytradingproject) onJul 7, 2020 at 4:32am PDT

Caitlin has since been offered a set of shelves in return for the blender. Although the swap is yet to be officially made, she has already been offered a hoover for the shelves.

In addition to interest from those wanting to make swaps with Caitlin, a number of islanders have been contacting her to follow her progress.

“Everyone wants to know what item we are on next,” she said. “It’s quite a shock that anyone cares.”

The project has been met with mixed reactions in Caitlin's family. Her 12-year-old brother is sceptical about the trading, but her mum is really proud of her.

“A lot of kids are being bashed about for littering and swearing, so my mum is really proud that I am doing something positive for teenagers.”

3rd trade already! wow! this time i’ll be swapping the lovely white blender for a gorgeous B&Q bookshelf and yes, before you ask, they’re open on sunday’s please get in touch if you have anything you may like to trade now or in the future :) #jerseyci #channelislands #jerseytradeproject #trademeproject

A post shared by jersey trading project (@jerseytradingproject) onJul 7, 2020 at 10:01am PDT

Caitlin started the project with an open mind about where it might go, and is so far enjoying the process.

“I am happy with whatever I end up with.”

Caitlin hopes her project will not only continue to capture the interest of islanders but also encourage them to trade more, instead of selling what they no longer use.

“Hopefully people will start thinking it’s nice to swap with something else instead of always asking for money all the time”.