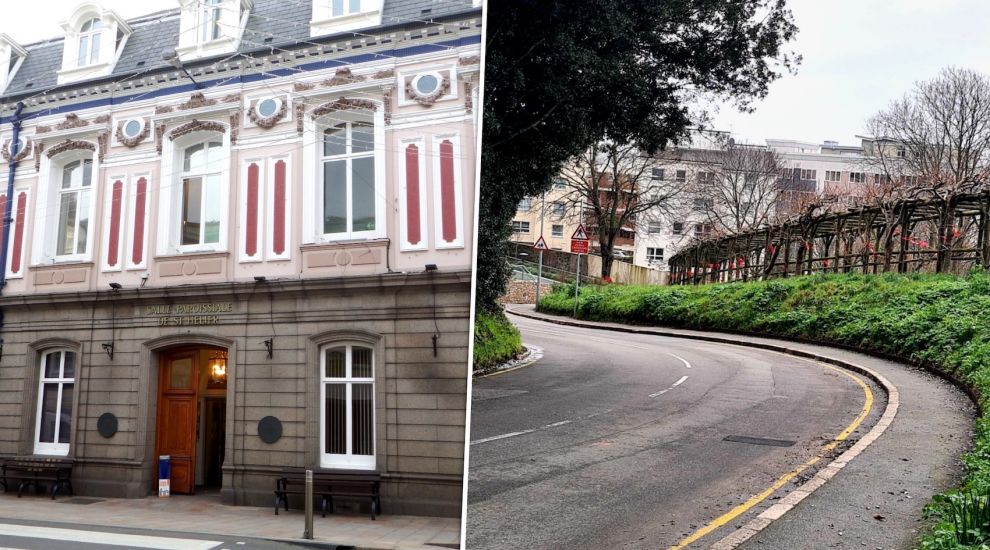 St. Helier parishioners have decisively voted to block any further construction work on the future hospital highway, until Ministers provide more details about their plans.

They also supported the Parish taking legal action to resist the Government using compulsory purchase to seize land around Westmount Road before the Parish has considered the information provided.

The votes came in a landmark meeting of more than 200 parishioners – the most attendees to a Parish Assembly in around two decades, according to Constable Simon Crowcroft.

With the majority of residents in attendance virtually, it was also the first Parish Assembly in which online voting was used.

The Constable has now written to Deputy Chief Minister Senator Lyndon Farnham, who is responsible for the hospital project, to withdraw all existing permission from the Parish to undertake works of any nature connected with the future hospital on Parish land, and asking that the Minister, his agents, contractors and advisers respect the position of the Parish and refrain from ‘interfering’ with any area of Parish land connected with the hospital project.

The meeting itself came about as a result of a requête – a centuries-old mechanism for forcing a Parish Meeting – put forward by Advocate Olaf Blakeley and signed by scores of parishioners frustrated with the Government’s handling of the hospital highway saga.

Discussions throughout the evening were dominated by suggestions that the Government had acted in an underhand manner by pushing ahead with plans to widen Westmount Road without sharing any detailed plans.

Advocate Blakeley, who characterised the requête as a “safeguard”, pointed out in his closing speech that Senator Farnham had spoken of an intention “not to lose a single tree” and suggested that there was an opportunity to create archways and extend People’s Park.

Advocate Blakeley added that it may be that parishioners “are fighting over nothing” and will ultimately “be happy” with the final design, but noted that, if Senator Farnham was right that the new road will “blend in” and “add value”, “I’d think they’d be clamouring to show us.”

While Advocate Blakeley did not agree with the view, other supporters of the motion said they would be using their vote for the requête as a way of sending a “strong message” to Government that they would not stand for a “lack of transparency.”

Senator Sam Mézec said that, while he shared parishioners’ “anger” with Government, he felt a message had already been sent “loudly and clearly”, he would be voting against the motion because it would not be “tactically” sensible.

He explained that stopping the Government from conducting work on Westmount Road may actually hinder parishioners from obtaining the details they seek.

Others voting against argued that the Planning Application stage would be a more appropriate moment in time for parishioners to raise their concerns.

St. Helier Deputy Steve Ahier was among them. He also argued that it was “imperative that the path to litigation is avoided”, as it could result in higher rates bills for parishioners, and that the demand for detail would also put “untold pressure on the Constable and Procureurs.”

Some, including First Tower Community Association’s Ted Vibert, suggested that the requête was unnecessary as an “insurance policy” because they believed the Parish and Procureurs were already capable of upholding parishioners’ interests.

Many, however, asserted that the requête should not be mistaken for a “vote of confidence” in the parish.

Scrutineer Deputy Inna Gardiner was among the supporters of the motion.

Describing the requête debate as a “mini” version of her Future Hospital Review Panel’s recent unsuccessful attempt in the States Assembly to demand more detail about the Westmount Road extension, she went on to explain that, of the 71 options analysed by the Government’s consultants, ‘do nothing’ lost by just one point.

Indeed, several of the 24 speakers during the debate questioned why the Government was not taking this option more seriously.

A number ventured that the road could be made one-way or be simply adapted with a new traffic light system.

West of Town Community Association Chair John Baker made a financial case in favour of the Parish demanding more detail.

He said it was crucial the proposals were properly scrutinised because the current road access plan would cost every man, woman and child on the island around £370, whereas the overall hospital project would cost £7,400.

He also cited research that a mature tree is worth £60,000 over the course of its lifetime in terms of value to the community and biodiversity. The Minister’s suggestion that these could be replaced with a sapling elsewhere in order to accommodate the “super highway”, Mr Baker argued, is “not a fair swap.”

Having touched on the historic significance of the area and analysed the finer legal detail of the requête, retired Advocate Graham Boxall emphasised its protective nature.

While details of the Westmount Road plan remain unknown, he said he understood that three properties could be acquired within the next six weeks, while the Bowling Club, which has been at Westmount for more than a century, had already been offered Warwick Farm as a new base.

“The Government is not worried about taking pre-emptive action and doing things on the assumption that it will get what it wants," he warned.

The sentiment echoed the speech of Westmount resident and campaigner Tamara Vanmeggelen, who also expressed fears about what precedent would be set if the parish allowed green land to be seized without careful scrutiny.

After writing to Senator Farnham this morning to express St. Helier parishioners' wishes following the result of the Assembly vote, Constable Crowcroft said: “It is obviously important that I make the Minister aware of the Parish’s position following last night’s Assembly.  I have also instructed my officers to continue to engage with the hospital team to progress discussions to enable a proposal to be brought to a future Parish Assembly, and hope that the Minister and his advisers will be able to present these proposals to an Assembly in the near future.”

The Constable concluded his letter to the Minister, saying: ”I hope that we will be able to work together with colleagues and Parish Deputies to progress this matter with the urgency that I appreciate is important to all involved."

Senator Farnham later commented: “We note the outcome of the St Helier Parish Assembly meeting and undertake to continue to work closely with the Parish.  Following the States Assembly approval of Westmount Road as the primary access route for our new hospital at Overdale, work has now begun to design the preferred access route, and the main hospital buildings.

"We remain committed to providing further detailed information, including drawings and schematics, as soon as they are available. We also remain committed to fully engaging with Overdale residents, along with all other interested parties, before the planning application is submitted.”

Proposition 1: "That the Parish should not allow any further interference with the Land or any part of it by the Ministers responsible for the new hospital project or by their agents, contractors or advisers unless and until such time as the Parish has confirmed at a further Parish Assembly that it has received the details it requires concerning the matters referred to in Recital D above and is satisfied with the merits of creating an access in accordance with the details provided."

Proposition 2: "That in the meantime the Parish is required to take, or join others in taking, whether by legal proceedings or otherwise, such action as may be necessary or desirable to resist any attempt by the Public to acquire the Land pending the evaluation by the Parish of the details referred to in item 1 above."

Posted by Keith Marsh on Feb 11th, 2021
Congratulations to all who put the brakes on this runaway Government. The people of St Helier have spoken.
Posted by IanSmith97 on Feb 11th, 2021
Unbelievable. We as an Island, as a community and as a political entity are a laughing stock. How much longer must we suffer this farcical,comedy of errors? Just get the thing built. No matter where it is built, sorry, IF it is ever built, it will upset NIMBIES, special interest groups, environmentalists et al.
In the meantime our hospital falls apart in its descent into a third world building.
Posted by Private Individual on Feb 11th, 2021
lets please take a step back and see what has actually transpired here..... well done to Advocate Blakeley for calling this meeting and standing up for the rights of the Jersey taxpayer.

The government which includes Senator Farnham should have been transparent in producing the detailed plans of what 1 billion pounds of taxpayer's money were going to buy. No detailed drawings have been put forward for scrutiny to look at or the general public to view, no detailed costing of the scheme has been forthcoming, no details of how it is going to be paid for in the long term have been produced either.

This, I am afraid is simply not good enough, taxpayers have a right to know these very important details and it is not simply a case of plowing forward regardless of the consequences or the cost.

Without these key details, the project must be stopped and scrutinized further. The public of Jersey as well as the parishioners of St Helier should be treated with the respect they deserve, not the contempt that the government holds of them.
Posted by Jon Jon on Feb 11th, 2021
Well done Advocate Blakeley and residents of St Helier.The fight has just begun!
To place a comment please login Login »