States: Take the pay deal – or you may be forced to 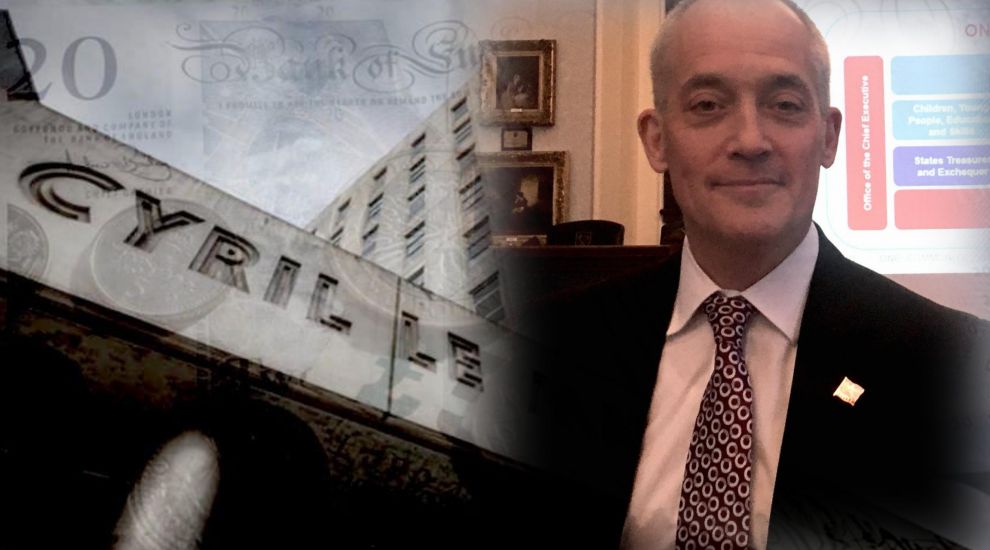 States: Take the pay deal – or you may be forced to

All States workers have been told by Chief Executive Charlie Parker that a controversial pay deal may be forced on them, if they don’t accept it willingly.

In an email sent yesterday afternoon, which has been shared with Express, the island’s most senior civil servant also warned all his employees against strike action, stating that doing so would only “cause harm to the public” and strip pay from their colleagues.

Letters were sent to staff members without internet access.

It comes as talks between unions and the government hit crisis point. The States are refusing to budge on what they have described as their “final” offer to more than 6,500 staff, leaving unions on the cusp of industrial action.

In a paragraph entitled, ‘There is no more money’, Mr Parker advised that savings of £30million were needed to plug a forecasted major gap in budgets and that the government have “a duty to taxpayers to manage [them] responsibly.”

He wrote that the current pay offer, which employees have complained does not take into account rises in the cost of living, would already require savings of £7.45million – “the equivalent to the cost of 149 jobs.” 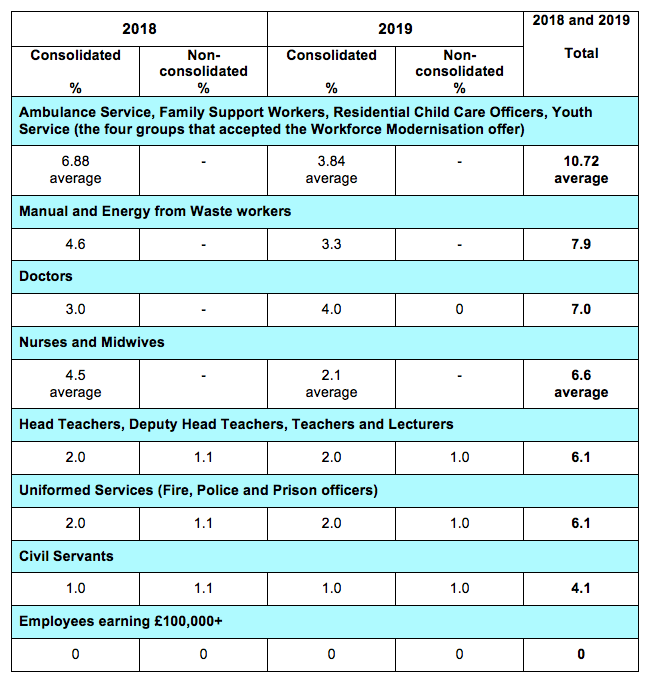 Pictured: Details of the pay deal proposed by the States, which are a mixture of one-off payments and recurring rises.

“Unions have asked for another £6.4million on top of the £33.6million costs committed in our offers. Again, there is no money to cover this, and the extra cost represented by the union requests is equivalent to the cost of a further 148 jobs,” he wrote.

Mr Parker pledged further discussion with unions, but said that an agreement was unlikely and that they were therefore considering whether to “implement the pay offer without agreement.”

Under the proposed ‘no deal’ pay deal, one-off payments for 2018 would be made before Christmas, with the consolidated pay increase introduced on 1 January 2019, as well as an additional lump sum for 2019.

“I also appreciate that colleagues who have been offered lower pay increases are disappointed. But with limited budgets to pay for pay rises, I believe that it is right and fair to resolve the longstanding issues of low pay and unequal pay that affect so many of our hardworking employees,” the Head of Public Service concluded.

JCSA Prospect – the island’s largest public sector worker union – are planning to launch an industrial action ballot on 26 October. It comes after 95% of their members voted against the proposed pay deal.

The same percentage of nurses from the Jersey branch of the Royal College of Nursing also voted against the deal, and are now writing en masse to States Members, telling them: “It is not just the money that’s missing from my pocket. Nursing recruitment on the island is already difficult and the lack of pay parity won’t help secure a solid nursing workforce for the future. We need to be looking toward building a more sustainable future.”

A rally of all public sector worker unions is planned for the 25 October – the day before the strike ballot launch – at the Radisson Blu Hotel. It was previously due to be held at Hautlieu School, but the States banned the meeting from taking place there after they were denied a slot to speak at the event.

Mr Parker’s cautionary notice came just one day after it was announced that his ‘One Government’ reforms, which have included the creation of new departments and merging of others, would result in £30million savings. 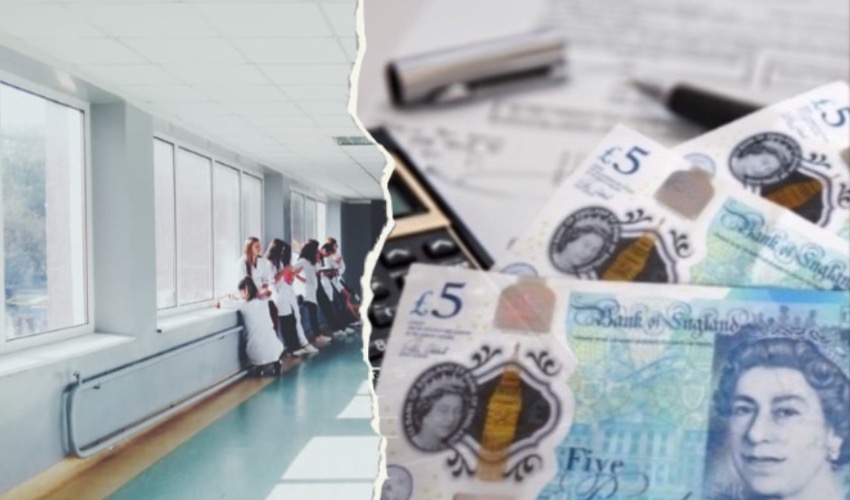 Pictured: Nurses have been advised to write to States Members to express their dissatisfaction with the pay deal.

In a keynote speech delivered to hundreds of the island’s business professionals, Chief Minister John Le Fondré, said that this would be primarily achieved through reducing the size of the workforce, revealing that the States was carrying around 600 vacancies.

While described in financial terms, the scale of this reduction – whether relating to dozens or hundreds of employees – remains unknown. When asked by Express, States officials would not provide an estimate. They would not verify whether this was because the number was unknown or because they did not wish to reveal it.

They added that the Chief Minister’s speech, which also highlighted the need for “better commercial contract management” and “digitisation and automation of routine tasks and services”, was not an “exhaustive list” of how the efficiencies would be achieved.

Posted by William Boyd on Oct 12th, 2018
How can an offer be an offer if it is going to be forced on one partner in the negotiation? Welcome to Charlie's "my way or the highway and you can't use a school for your meeting" world. Utterly disgraceful. Meanwhile Charlie and his angels live high on the hog. Where is the political oversight, not on the negotiations that is not the politicians' job, but the oversight of the atmosphere which seems to be dictatorial and demoralising. Shameful, absolutely shameful. This is not Westminster or Oldham. If that is the way he wants to conduct himself then I am sure there are vacancies elsewhere. He has mesmerised the press and the Chamber of Commerce (no surprise there then) but I thnkmhis lustre is beginnng to fade.
Posted by L Brindle on Oct 12th, 2018
There is no more money? Not surprised really, look how much has been spent this year by Mr P. Look forward to seeing where the savings are going to come from. I could think of a way, but it wouldn't be very popular in some peoples opinion. The big stick approach may work in the UK, using it as the CEO of the States of Jersey just makes you look like a bully.
Posted by Penny Farthing on Oct 13th, 2018
Does uncle Charlie not realise that a large UK council is very different to a small government. By forcing a lot of the skilled people out of the door because they have to protect their existing pension pot, the public service will fail and by having to employ them again via a private contact will only cost the states even more. Publish the states accounts and show us how much the deficit is....nowhere near the propaganda being spread through the press.
To place a comment please login Login »