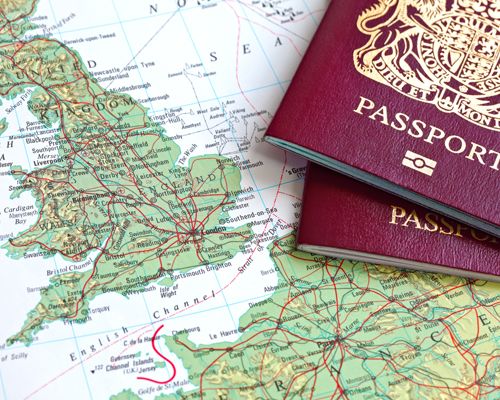 The Brexit vote by the United Kingdom means current passports will eventually need to be replaced - and that includes those in Jersey.

A timescale on when new passports will be required is not yet clear, but a Corporate Services Scrutiny Panel was told yesterday that there would be a “transitional” period.

The United Kingdom will leave the EU in March 2019 following the Brexit vote and States members were concerned over the implications for Jersey passport holders.

External Relations Minister Sir Philip Bailhache said: “The UK will no longer be able to use the European community passport any longer so will have to use a British passport.

“The position is that the passport printing is done in England for security reasons and the applications are completed in Jersey and they are still Jersey passports in the sense that they are issued by the Crown on behalf of the Lieutenant Governor.”

Senator Sarah Ferguson asked: “Does that mean we are all going to have to get new ones, and pay for them?

Sir Philip said: “We will certainly need new passports, but I don’t know who is going to pay for it. I expect you will.”

Deputy Simon Bree asked: “You say we will need new passports, are you saying in March 2019 our passports are no longer valid?”

Sir Philip replied: “This is following on from a great number of matters which will have to be dealt with between the United Kingdom and the European Union. It is a matter which affects both and clearly I would have thought there would be some sort of transitional arrangement which allows EU passports to continue in force for a period of time, so that the passport office is not overwhelmed by 100,000 applications from Jersey.

“We will go back to the status quo before the UK joined the EU, so whatever was in place before 1972 will happen again in 2019.”

A Brexit department, designed to help Jersey cope with the UK’s exit from Europe, has been set up by the States and will cost up to £1.75m between now and the end of 2018.

States members were told the money will pay to recruit experts for a London office, a financial services team, law officers and travel costs.

Posted by Jerry Bolton on Oct 19th, 2016
Jersey was never in the EU; e.g. flight compensation rules under EU legislation don't apply for Jersey based airlines, so why this complex (non) issue over passport change for a region we're leaving that we were never in?
Posted by Mick The Geezer on Oct 19th, 2016
I totally agree with you Jerry.
It's a pity that none of our States (experts) reply to these messages. They just seem to turn a blind eye to peoples comments.
Posted by Michael de Petrovsky on Oct 19th, 2016
Those idiot Brexit voters were totally lacking in foresight. Everything that has so far developed as a result has been detrimental. Total lack of foresight. Surely some sort of stamp or affixed page, at no cost, could be used to make whatever changes are needed to our current passports. Or maybe Jersey should just join the E. U. !
Posted by John Henwood on Oct 19th, 2016
Look at your passport, the topmost letters on the cover spell out EUROPEAN UNION. It means most of us enjoy free movement throughout the EU, including the ability to work. It's one of the benefits of the protocol that allowed us limited access when the UK joined the EU. On the positive side, those who have complained since 1972 about the stamp in their passports which prevents them from working in the EU (because they don't have a UK born parent or grandparent) will no longer have reason to feel aggrieved - we'll all be in that same boat after the UK has exited the EU. Just one of those little consequences of Brexit that few considered before the event; there will be more.
Posted by Maria Le Voguer on Oct 19th, 2016
Agree with you Jerry Bolton - I certainly for one will not be replacing my current valid passport because of government issues!!
Posted by Scott Mills on Oct 20th, 2016
Don't worry John Henwood, I'm sure the scheming global organisations are drafting laws for a loophole, which they will pass onto the EU/UK Law makers...which they will vote in favour for.
To place a comment please login Login »