Past and future of Jersey's prosperity goes on display 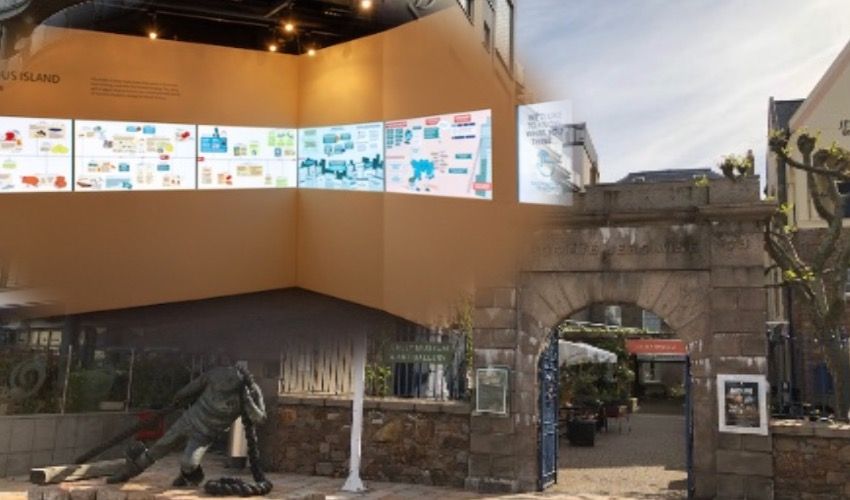 Past and future of Jersey's prosperity goes on display

From the island's earliest currency to the history of the cider, potato and dairy industries... A new display about Jersey's prosperity over time has been unveiled at the Jersey Museum.

'A Prosperous Island’, which has been sponsored by Jersey Finance, is part of the long-running ‘Story of Jersey’ exhibition on the Museum’s first floor.

The new display - which replaces one about the Island’s economy that primarily focused on currency developments - is made of a bank of five large screens across which animated content unfolds about the past, present and future of the Island’s industries, currency and population. 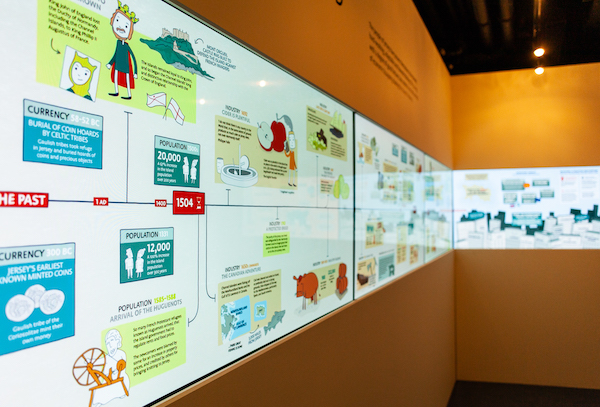 Pictured: The new exhibition is made up of six screens.

A final, sixth screen is an interactive panel, where visitors to the exhibition can share their opinions about the financial services industry and its relationship to the island, while also considering the question of how to secure the island’s future prosperity.

Chris Addy, Jersey Heritage’s Sites Curator, commented: “Over time, the people of Jersey have proven themselves to be shrewd, hard-working, adaptable and forward-thinking. This, along with a degree of good fortune, has created extended periods of economic buoyance during the Island’s history. The new display tells the story of this prosperity, right up to the present day, focusing on the key points in time that have had an impact on shaping the Island we know today.”

'A Prosperous Island’ looks back as far as Jersey’s earliest currency, before moving forward through the history of the cider, potato and dairy industries, as well as smuggling, tourism, the effect that the German Occupation had on the economy, and the growth of the finance industry in more recent times. 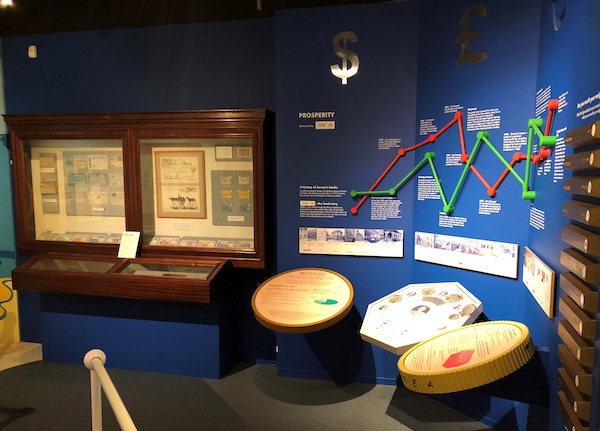 Pictured: The new display has replaced one about the Island’s economy that primarily focused on currency developments.

Joe Moynihan, CEO of Jersey Finance, said: “As the representative body of our finance industry, Jersey Finance is delighted to support Jersey Heritage and the ‘A Prosperous Island’ exhibition. We worked closely with their talented team to update the display and really bring the story of finance to life.

“The result provides a fascinating insight into the evolution of the finance industry, from the earliest known minted coins, right up to our international financial centre of modern times.

"We hope the exhibition will give visitors a sense of the legacy of our industry, its rich past and its exciting future."