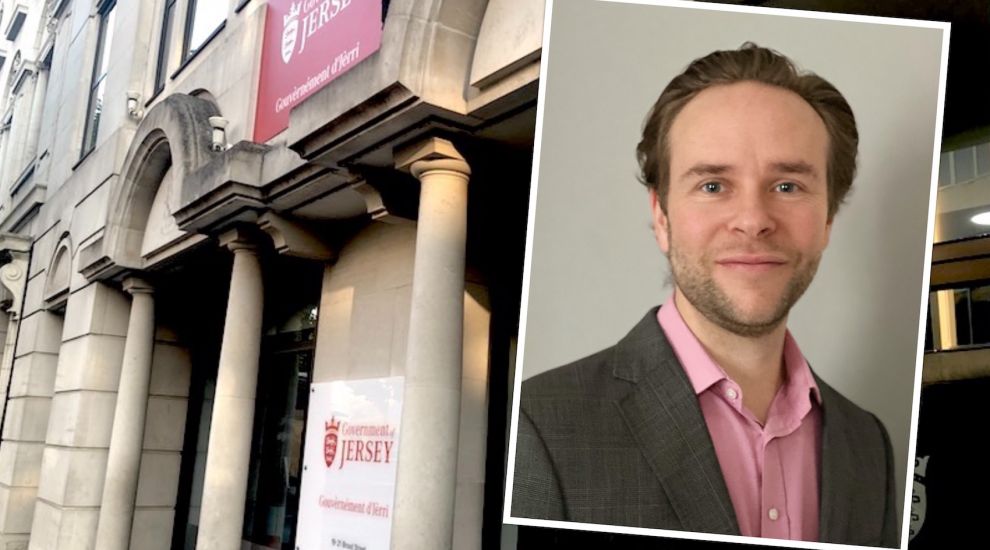 The appointment of a former Home Office Director to help develop the Government’s public policies has been described as “hugely questionable” by an Assistant Minister, just a few hours after its announcement.

Paul Wylie, who currently works in the London Mayor’s Office as Director of Strategy responsible for policing, crime and communities, has been appointed as Group Director of Policy for the Department for Strategic Policy, Planning and Performance.

According to information provided by the Government’s Press Office, he has spent the last few years working on high profile issues such as the response to Black Lives Matter, tackling violence and embedding neighbourhood policing.

The latest senior appointment in the Civil Service is hugely questionable and yet again, laughs in the face of islanders, as a UK civil servant takes another senior job in Jersey. How can islanders believe in Jersey if they're told they can't govern it?

But just a few hours after the announcement of the appointment, the Assistant Minister for Economic Development, Deputy Kirsten Morel, described it as “hugely questionable”, citing the fact that another senior role had gone to a UK civil servant.

Prior to his current role, the Government says Mr Wylie previously worked for the Home Office for nearly 13 years, including over four years as Director of Immigration Enforcement for London and South England.

As well as leading various projects to reduce illegal immigration, Mr Wylie is said to have played a key advisory role to the Home Secretary for nearly four years. 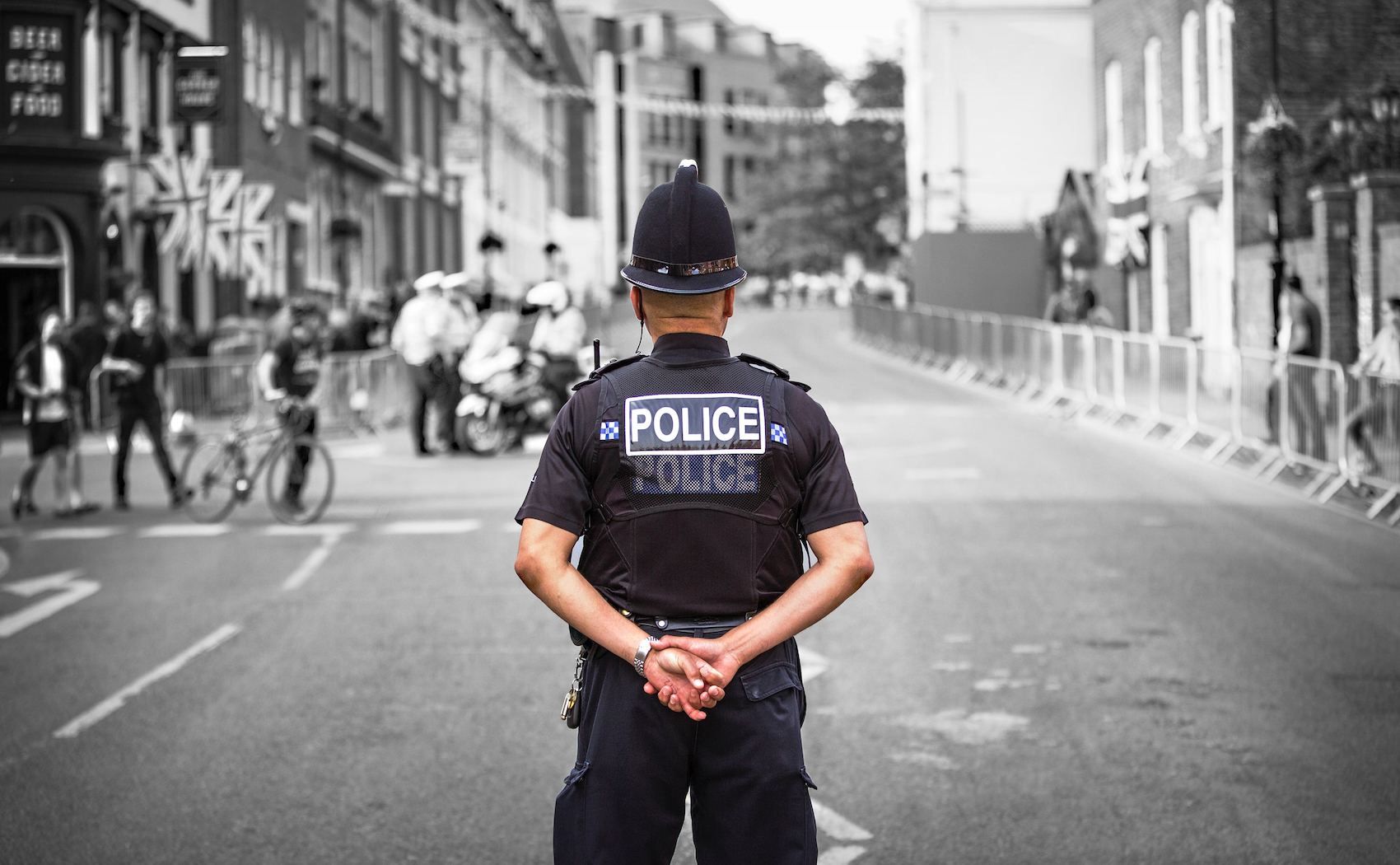 Pictured: Paul Wylie currently works in the London Mayor’s Office as Director of Strategy responsible for policing, crime and communities.

“This is a key role, and with 17 years’ experience in public service, Paul will add strength to policy formation and delivery as we work to implement the Island’s strategic priorities,” Director General for Strategic Policy, Planning and Performance, Tom Walker, said.

“Paul brings valuable expertise, which will add to the diversity of talent and expertise across our senior policy specialists. He will join us as we continue to tackle the impacts of covid-19 and Brexit. It’s a demanding time, but he brings valuable experience of strategic analysis, policy building and operational delivery.”

Mr Wylie will be moving to the island with his family to start his new role in February 2021.

“I am delighted to have the opportunity to lead and develop public policy for the Government of Jersey at this challenging time,” he commented.

“My family and I are excited to move here, and I look forward to contributing more to Island life, both professionally and personally.”

Over 200 prospective on and off-island candidates were initially considered with a shortlist of 14 – 10 men and four women – eventually reduced to three for the final interview.

Posted by Tom Simpson on Dec 23rd, 2020
Appears another great appointment of an individual from UK bringing fresh ideas and experience for such an important position. This xenophobia from Jersey politicians and people is concerning and has to stop. Please can the Jersey politicians and press give this individual a chance and not judge because he is not from Jersey. Look at the work being done by Deborah McMillan as child commissioner and the number of successful businesses being run by non jersey individuals. Recruiting based on talent and experience and not residency is essential for Islanders to believe in Jersey.
Posted by Dudley Ozwald on Dec 23rd, 2020
No, it must not stop. An inward-looking view for an inward role that is designed to meet the needs of the local populace is important, and dare I say it beneficial if not imperative. We are not England and never should be, the gradual anglicising of the island isn't beneficial, to our understanding of the community we live in, the commercial wellbeing of the economy nor our relations within a European context!
Posted by gordon le claire on Dec 23rd, 2020
no idea how good or bad this gentleman will be but why o why we our government not train up local people
Posted by Tim Stone on Dec 23rd, 2020
This is not even funny anymore, it borders on corruption
Posted by MichaelEvans46 on Dec 23rd, 2020
I have no idea who this person is but having been in London from 17/11/20 to 4/12/20 and speaking to numerous people the common agenda was that the mayor didn’t know what he was doing so if the island employs one of his top aides and strategists it won’t make much difference as the government we have are in the same boat and will hopefully be looking for new jobs after the next elections
Posted by Andrew Le Quesne on Dec 23rd, 2020
Sadly this appointment highlights the complete failure of previous governments to have any structure and policy for succession planning, and in place has built a dependence upon UK expats. It is interesting that we never appear to recruit any Europeans.
I am baffled as to why the role exists and needs someone at this level, it is also a mystery as to why Jersey requires a person with such a heavy bias towards law enforcement and immigration.
Bringing his family will add a few more dependants to the population problem.
Posted by Paul Hadikin on Dec 23rd, 2020
Employ local it pays in the long run.
Posted by Private Individual on Dec 23rd, 2020
Yet again we are going to be dictated to by a UK import who will only bring the failed policies he has been implementing with him.

You can not hold London up as an example of his brilliant work, it is simply a mess.

We do not need any more grossly overpaid civil servants telling us what to do.
Posted by David Moon on Dec 23rd, 2020
Deputy Morel is quite correct. We now have a chief of police from Manchester a Uk civil servant heading the preparation of the Island Plan and now it’s appointment of a UK expat. The selection system requires an overhaul and a return to basics. The Island seems able to produce highly compétant lawyers, accountants, doctors and businessmen and women, it’s incomprehensible that it does not appear capable of producing able people for public posts. Why do all these appointees only come from the UK, perhaps if we had some Europeans as Chief officers we might have retained our links with The EU. The Islands most prosperous period was from the decades from 1949 when these posts were filled by local people. We urgently need a population policy and a restraint on immigration from the UK, by making such appointments the government is not leading but giving the completely wrong message. Perhaps we should invite candidates from the UK to stand at the next elections to complete the anglicisation process.
Posted by Paul Troalic on Dec 23rd, 2020
For goodness sakes try a local person in the job first. The contract can be written in such a way that the person is on probation and if they prove themselves then well and good. If not they go back down the ranks.
This is laughable and is another reason for getting shot of these loonies in government.
They are making their own beds and this is another appointment that will haunt them.
We need succession planning. This was the case more than 20 years ago and still nothing is being done to achieve this.
It just seems to me that they appoint non locals as they can more easily get rid of them. Albeit with a golden handshake.
Posted by Private Individual on Dec 23rd, 2020
Yet again we are going to be dictated to by a UK import who will only bring the failed policies he has been implementing with him.

You can not hold London up as an example of his brilliant work, it is simply a mess.

We do not need any more grossly overpaid civil servants telling us what to do.
Posted by IanSmith97 on Dec 23rd, 2020
Mr Moon, we don’t and never did have links with the EU as we are not and never have been members. The U.K. used to be the member, not us. EU citizens don’t have the right of employment in the U.K. or Jersey now.
Posted by IanSmith97 on Dec 23rd, 2020
You think it can’t get any worse then we hire someone who works for the worst London Mayor ever. I despair but as long as I spend time with my grandkids on Christmas Day I thank my lucky stars.
To place a comment please login Login »