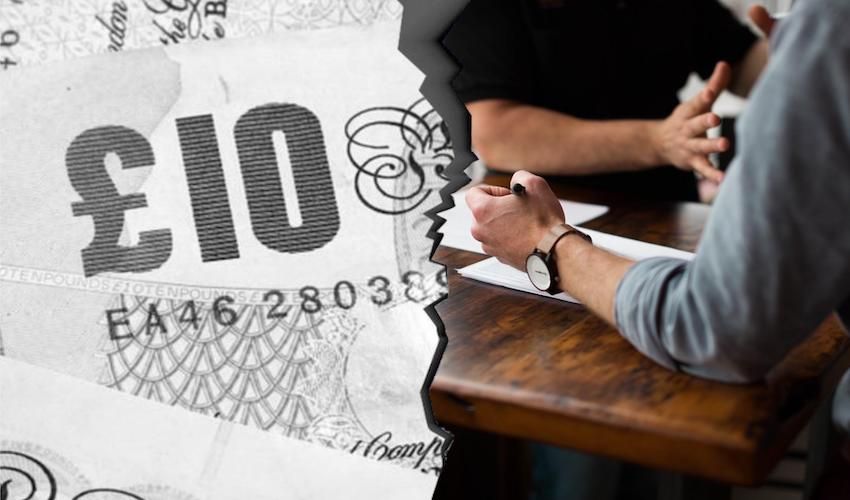 A “base pay” offer has been forced into the wage packets of more than 3,000 civil servants, despite it not being agreed by union members, it has been announced.

The States Employment Board (SEB) has written to civil servants telling them that in the absence of an agreed pay deal, a “base” increase is going to be implemented.

This means that, after over a year of fractured negotiations, tension and industrial action, civil servants – the last group to resolve their pay dispute with the Government – will be getting just over 1% more than inflation as their 2020 pay increase across the board. 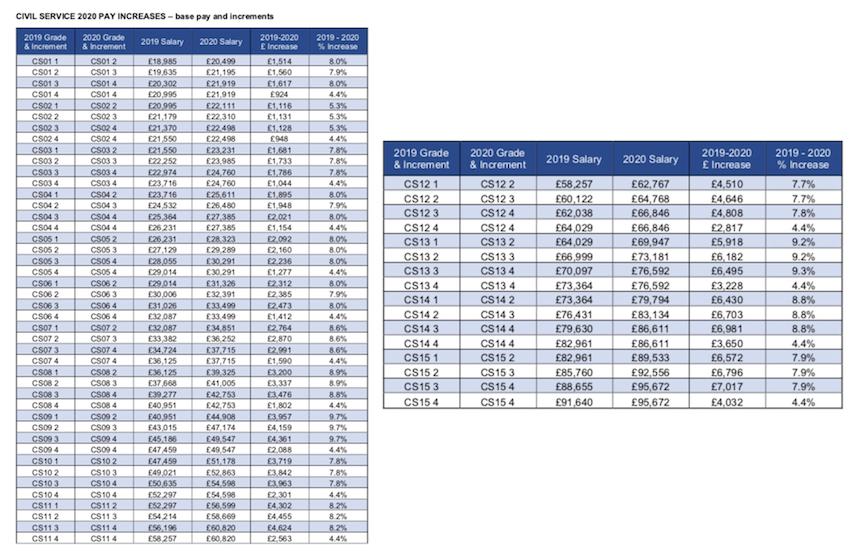 Pictured: The base pay increases and grade increments for civil service pay increments which are being forced into employee pay packets.

The Board claim that they have “no choice” but to implement the non-agreed pay increase of inflation plus an extra 1.3% which was overwhelmingly rejected by civil service unions Prospect and Unite.

This comes after around two-thirds of their public sector union members voted against the latest pay offer from the SEB.

The letter, which is signed by Group Director of People and Corporate Services Mark Grimley and SEB Vice-Chair Constable Richard Buchanan, states that the Board has “concluded that we are unable to reach a negotiated settlement”, lamenting this situation as “unfortunate for two important reasons".

The first being because the Board say “the base pay offer for 2020 is less than what we offered in July which we said in August is the best that could be negotiated".

The second reason is because it “will be a repeat of the experience in a number of years recently that we have been unable to reach agreement with the unions over pay".

Pictured: In the absence of an agreement between government and unions, the Board has forced a base pay arrangement on the civil service.

Having said this, the SEB added that it will keep the 50:50 ‘gain share agreement’ – where civil servants can have a higher pay increase if they find where money can be cut to afford them – and the offer of additional holidays in exchange for a longer working week on the table until 30 November. Until this date, the Board say they are still willing to negotiate on these elements of the deal.

However, they warn that these “cannot be implemented without the agreement and cooperation of the unions".

The letter ends by inviting all civil servants who want these aspects of the pay deal “to make your view known to your union, if you are a member; SEB have not been advised by the unions on how many members actually rejected the offer and believe it important that all civil servants have a voice".

They also ask staff members to email a particular address to “share feedback on this matter confidentially, honestly and safely".

Connétable Richard Buchanan, Vice-Chair of the States Employment Board, said: “SEB would have liked to have reached agreement with the unions, so that all civil servants can receive all the elements of the July pay offer. Negotiations continued this week, but to no avail. 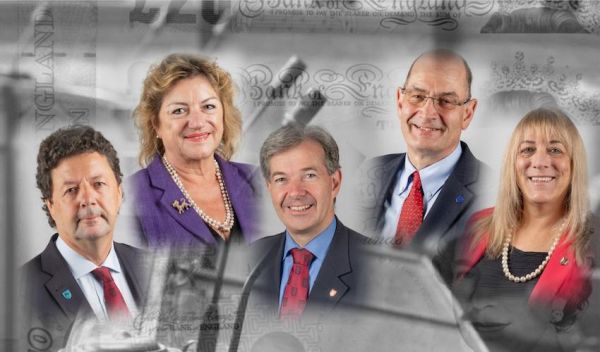 Pictured: The SEB have written to all staff members affected to inform them of their decision.

“The potential 0.8% additional increase and the additional paid holidays cannot be implemented without the agreement and cooperation of the unions. SEB therefore agreed that we will keep the additional elements of the July pay offer on the table for as long as possible, in the hope that the unions will reconsider their position and enable all civil servants to receive this better settlement, including many who choose not to be in a union and who did not therefore have a vote.

“SEB is willing for officers to continue negotiations with the trades unions on these two elements, if the unions are willing to reconsider their rejection of them.”

CLICK BELOW to read the letter to civil servants in full…