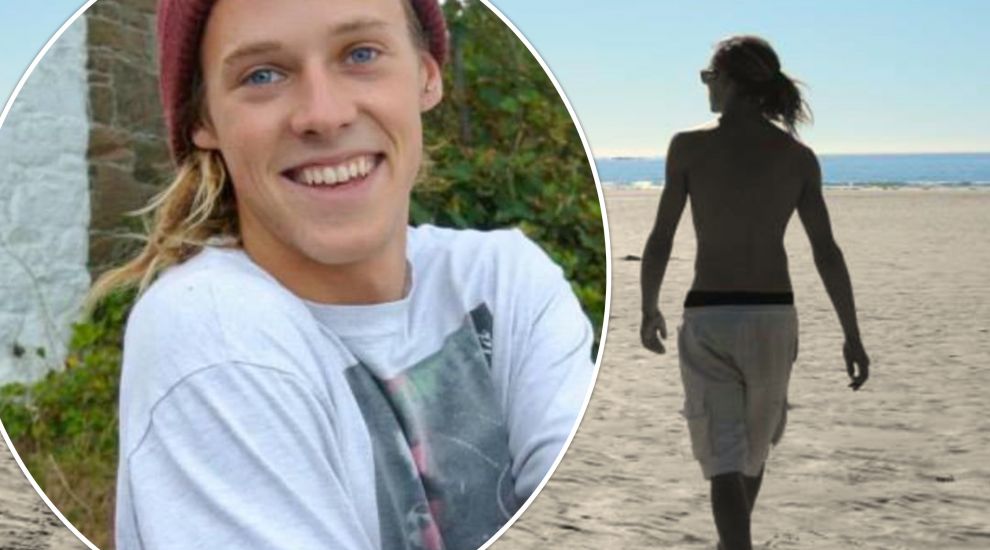 Tributes have been paid to a surfer and musician, whose life-changing car accident saw thousands of islanders come together to raise money to bring him home from a specialist facility in the UK, after he passed away from a short illness today.

Olly Newman had been at the Queen Elizabeth Foundation – a specialist rehabilitation facility - since 2014, when an uninsured driver slammed into the side of his car at over 70mph as he was leaving Le Port, his favourite beach area.

The tragic accident saw the then-19-year-old lose the use of his limbs and torso.

But, after years of support from his friends and the wider island community through a charity named after one of his favourite phrases, 'Peas and Glove', which was founded with the one goal of getting him home, Olly finally touched back down in Jersey for good in 2019.

In a post on Facebook, Peas and Glove announced at lunchtime that Olly had sadly passed away earlier today, after falling ill on Monday.

It read: "...Family were called in to see him. On top of that all his incredible and dedicated care team (17 people) came to see him and stayed all day. [Peas and Glove leaders] Matt [Daly], Brontey [Luxo-Piazza] and Luke [Hounslea] also came along with a number of friends (and dogs) all trying to understand and deal with a final goodbye.

"At 6:30pm on Monday the decision was taken by everyone that we should remove his oxygen mask, something he had been reliant on for a few weeks. The understanding was that he would go and meet his free spirit in a couple of hours. That's what should have happened.

"But in true Pretty Boy style, he went against medical convention, expectations and every textbook and finally passed on to his next journey 17 hours later on Tuesday at 11:40."

The post continued: "He was peaceful, not in pain or distress, and surrounded by his whole immediate family. It was an absolute honour and privilege to be with him for his last few hours.

"Thank you all again for supporting him, and each other , on what has been a challenging but incredible journey over the last eight years.

"Love to you all and we wish you so much luck and happiness for all your future loves, lives and adventures." 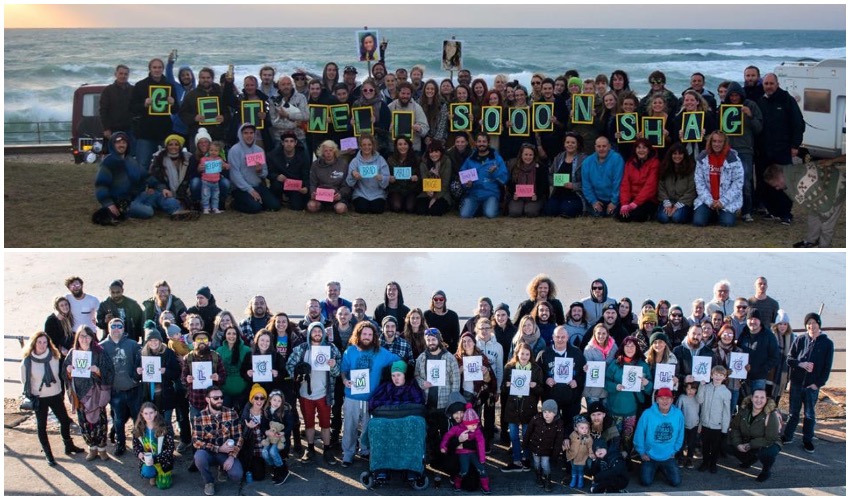 Pictured: Olly's friends calling for him to 'get well soon' in 2014, and when they were reunited with Olly for the first time in 2019.

Hundreds of islanders have since shared tributes to Olly, remembering him as "inspirational" and with a "heart so full of love for everyone he met", and also offered messages of support for the Peas and Glove team who made his return to Jersey possible.

One islander commented: "Literally god bless all Peas & Glove team and mates and family. Amazing to see just how important friends and family are and although Olly was ill, we know he would have love the fact you were all there for him since day one.

"Pure inspiration you guys are and you deserve anything and everything, Proud of Olly and you guys for all the amazing and inspirational strength everyone showed."

The Watersplash, which hosted many fundraising events for Peas and Glove, commented: "We are all so saddened to learn of the news that Olly Newman (Peas & Glove) passed away peacefully earlier today, surrounded by his loving friends and family.

"We were blessed to play host to some of our most epic and memorable events at the Splash not just for Olly but because of him. The Peas and Gloves events were a testament to the person Olly was and the effect he had on so many people, but most of all they were a testament to extraordinary friendship.

"Go easy Olly, the next wave is yours."

Many islanders who did not know Olly personally have also spoken about how his journey touched their hearts.

One told the Peas and Glove team: "I never knew Olly but I followed his story... I know that he loved and was loved by so many. Your love and dedication to him over the last few years has been absolutely amazing and inspirational."