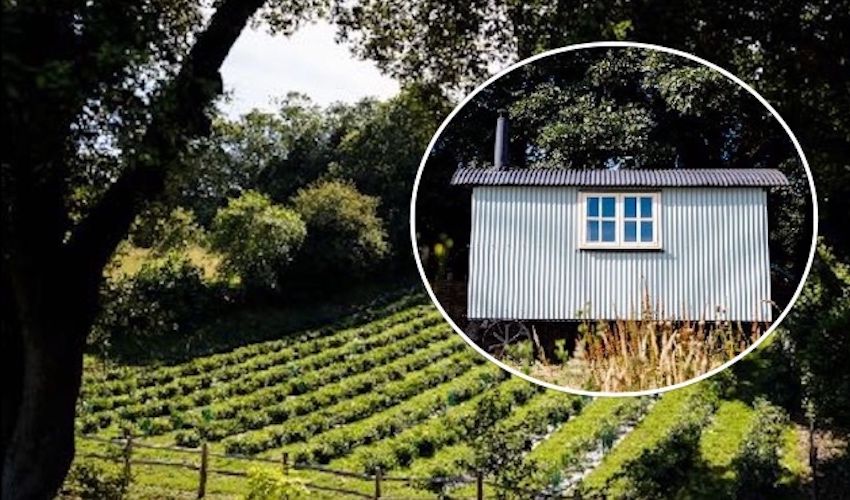 A planning application to create a shepherd’s hut holiday let on agricultural land in St Lawrence has been rejected, following an appeal by a nearby resident.

The plans were initially approved by the Planning Committee in December 2021, but the decision was overturned following an appeal, with the Minister for the Environment, Deputy John Young, judging that use of the green zone location had not been “sufficiently justified”.

The plans involved installing a shepherd’s hut above a tea field off La Ruette in St Lawrence and retaining an agricultural track into the field.

In a cover letter accompanying the plans, applicant Matthew Bartlett stated that setting up a shepherd’s hut would make use of an “otherwise unproductive area of the field”.

“We hope to be able to utilise this in the future as an additional tourist unit, so that visitors can stay within the tea field itself,” he added. 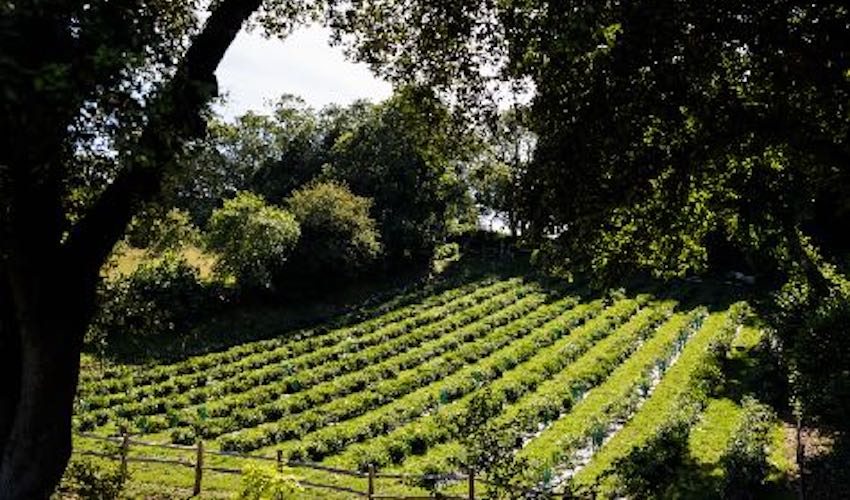 Pictured: Plans to create a shepherd's hut holiday let above the tea field in St Lawrence were initially passed in 2021.

The tea fields are rented for production by The Jersey Royal Company for their subsidiary group, Jersey Fine Tea, and the site already has two registered self-catering tourist cottages.

Permission was initially granted stating the shepherd’s hut was a “temporary structure” with “minimal landscape impact”.

However, the application was opposed by homeowner Martin Sabey, who argued that the structure would be permanent, despite being on wheels, and would infringe on his privacy.

He also claimed the planning application did not provide enough evidence to show that the land was unproductive, and did not justify departing from the Island Plan.

Following the appeal, Planning Inspector Graham Self was tasked with submitting a report to the Minister for the Environment, Deputy Young. 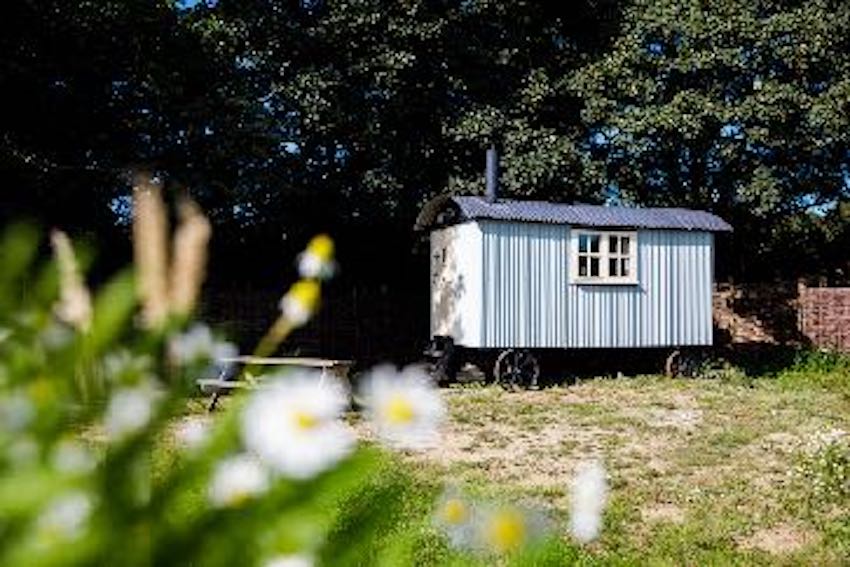 Pictured: The plans were later refused for breaching planning policies of the 2022 bridging Island Plan.

In the report, he stated that the issues arising from the appeal were “fairly closely balanced”.

“The small scale of this development by itself, the limited direct impact on the area, and the potential benefit in helping to widen the range of available tourist or holiday accommodation are all factors weighing in support of granting planning permission.

“The appellant’s objections focussing on harm to residential amenity are weak. But other objections are stronger, and on balance I judge that there are sound, mainly policy-based reasons why planning permission should be refused, coupled with the potential cumulative effect of undermining key aims of the Island Plan.”

Deputy Young agreed with the recommendation of the inspector and refused planning permission for the site, stating that the proposed plans represented development within the countryside, outside of the built-up area, and that use of this green zone location had not been “sufficiently justified”.

He stated that the proposal was therefore not in accordance with the planning policies of the 2022 bridging Island Plan.

Deputy Young also judged that the proposal did not contain “sufficient details” of foul and waste-water treatment and disposal routes, or any parking area.

This hut hardly has the height to impinge on another,s privacy - I live with another house on ALL four corners of my premises! I am VERY happy here!

This hut is temporary due to it,s construction!

Cyril Le Marquand house WAS intended to be permanent but ended up "temporary". As did The Limes!

Any cost to Mr Bartlett is being covered by -- WHO?

IF you drive around Jersey & look into green zones you will see shipping containers & all sorts of abandoned machinery. Also is this hut REALLY going to be occupied in the Winter - Unlikely unless we invite Bear Grylls! = Temporary building & temporarily occupied!

We are being legislated into a state of lunacy! Whilst I wholly agree with the banning of single use plastic bags a £1000 fine?? Really We need to prioritise the legislation

This Island IS infested with 10 ft wide roads with a 40 MPH limit & contraflow - including HGV,s ( 7ft 6 in wide each ) & we introduce plastic bag laws! Get the lanes sorted & safe FIRST!

I feel better now!
Posted by Denise Shrives on Jul 11th, 2022
The idea is a good one but badly thought out. Shepard Hats look better mad from wood, surely it would have a closed septic tank ?
To place a comment please login Login »