Plémont saved – if the States can find £3.5 million 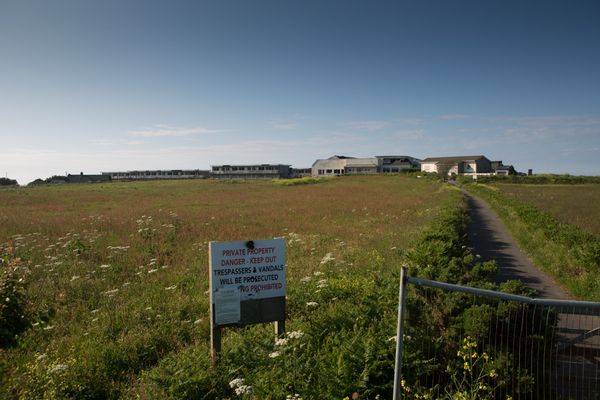 Plémont saved – if the States can find £3.5 million

After years of debate and wrangling, the National Trust for Jersey have agreed to buy the Plémont headland for £7.15 million.

The deal to secure the future of one of the last remaining unspoilt parts of Jersey’s unique coastal headland was announced this morning, and the Trust are looking to the States to cough up half of the money.

Senator Philip Bailhache – who came agonisingly close to securing States approval for the purchase of the site two years ago – will take a proposition to the States to put in just over £3.5 million of public money to secure the future of the site.

It's owner, UK millionaire Trevor Hemmings, has been given Planning permission to develop luxury houses there and it had been feared that the site would be lost forever.

“Over the last 18 months, we have actively sought to address the valid concerns raised by States Members in the debate of December 2012 by agreeing a fixed figure with the owners of the site and dispensing with the need for compulsory purchase. We sincerely hope that States Members will now be able to fully support our on-going efforts to help restore a significant part of our coastline forever and for everyone.”

The Trust say that if the States support the bid, they hope that demolition of the old Pontins holiday village – gutted by fire in January – will start in the autumn and that the whole site will be cleared next year.

Senator Bailhache said that he was hoping for an early debate in July to get the deal signed off.

He said: “The old holiday camp at Plémont has been an eyesore on our coastline for far too long. I am sure that States members will want to support the huge efforts of the National Trust and seize the opportunity to restore the headland to its natural state for the benefit of Jersey people.”