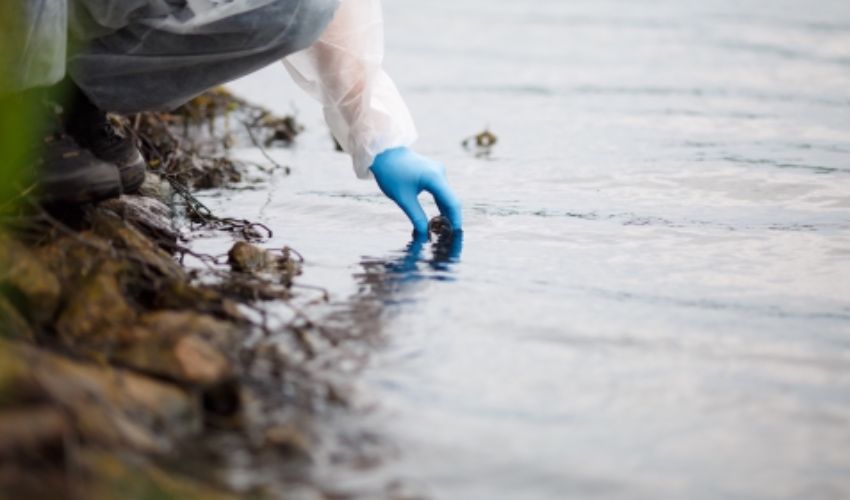 A dedicated team is being set up in the Environment Department to look after local water resources, waste management and incidents of pollution.

It comes as the recorded number of pollution incidents has risen in recent years.

The Environment Minister, Deputy John Young, said the Pollution Control team was formed during a restructuring of the department and is made up of 4.8 full time equivalent roles;

The team includes staff from the former Environmental Protection team. The Government is currently seeking to recruit a Regulatory Standards Officer.

The role currently advertised replaces an existing member of staff who has left. The Government is looking for a candidate with an “appropriate environmental science qualification” (Level 6 degree or level 7 MSc), as well as knowledge and experience in an environmental discipline. 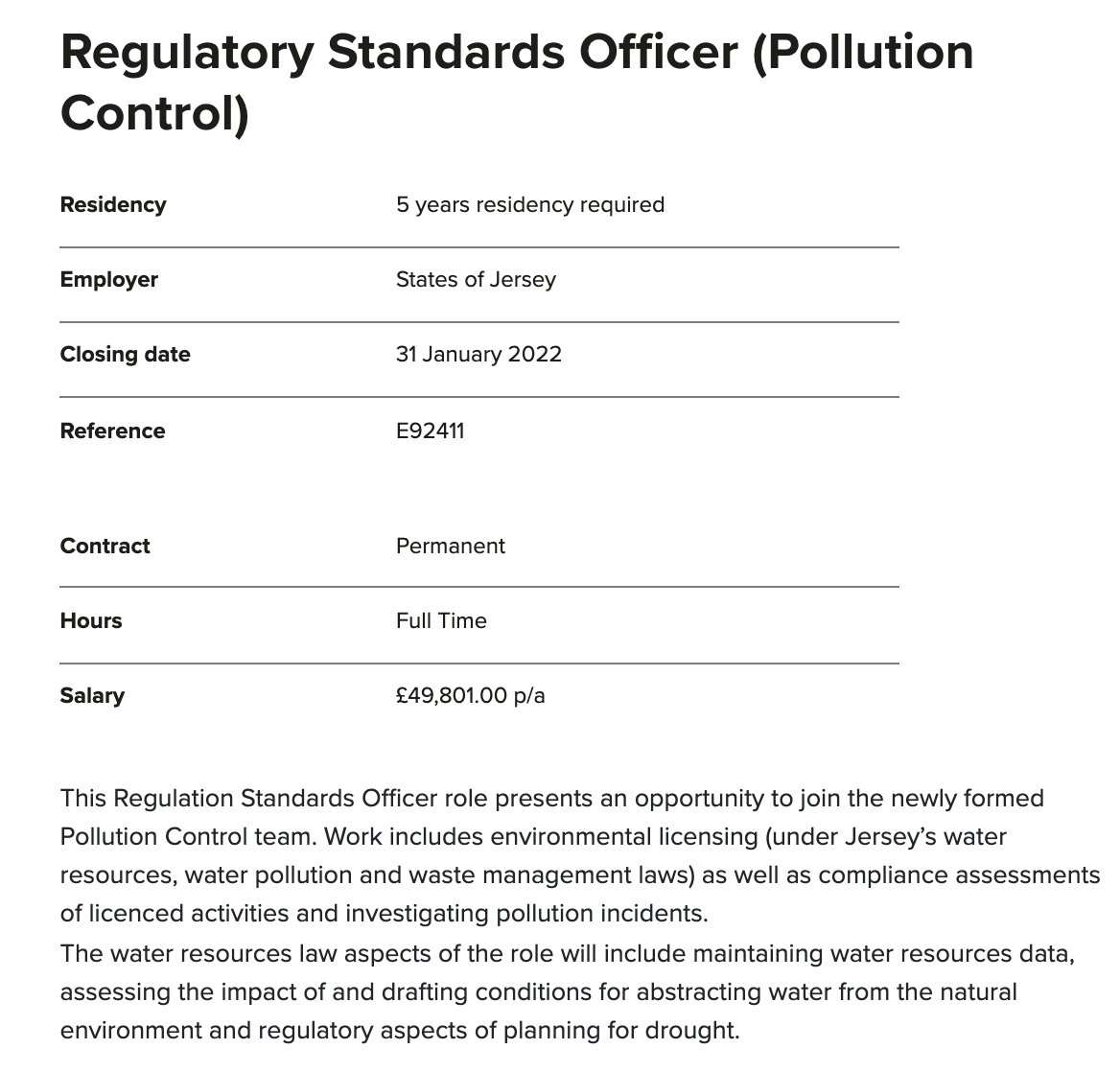 Pictured: The role currently being advertised.

It says the work will include environmental licensing as well as compliance assessments of licenced activities and investigating pollution incidents.

“The water resources law aspects of the role will include maintaining water resources data, assessing the impact of and drafting conditions for abstracting water from the natural environment and regulatory aspects of planning for drought,” the job description adds.

Meanwhile, the Group Director of Regulation is responsible for PFAS and he works with officers from Regulation, Natural Environment and Public Health.

According to statistics from the Environmental Protection Team released under the Freedom of Information Law, water pollution incidents went from 146 in 2016 to 215 in 2020. 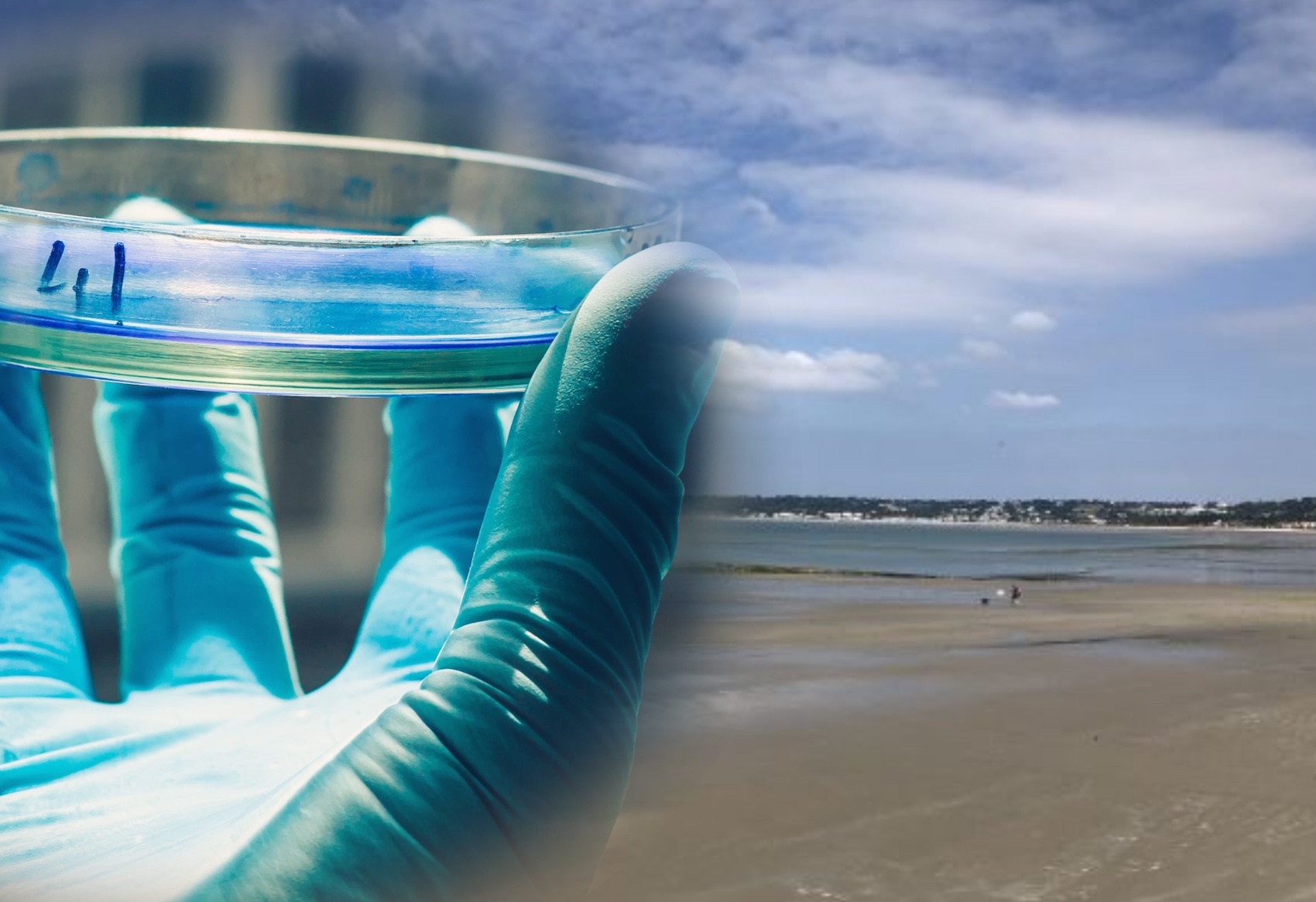 Since 2011, there have been 1,695 reported incidents of waste incidents and water pollution across the island, with one in five of those having taken place in St. Helier.

Meanwhile, a separate request under the Freedom of Information Law by Express revealed that incidents of sewer spillage from Jersey's pumping stations have been rising year-on-year since 2018 - more than tripling from 23 cases in 2018 to 101 cases in 2020.

The most affected areas were St. Helier’s Weighbridge, which suffered 83 spillages, the Trinity stations (44) and Les Ruisseaux (39).

The last high-profile pollution-related court case saw the French construction firm working on the Waterfront Horizon development, Group Legendre, fined £10,000 after it admitted risking causing polluting Elizabeth Marina. It later emerged that this fine was less than the amount spent on investigating the case: £28,000.

The Environment Minister said that work is currently underway to create the “budgetary transfers” that will fund the team. “This includes creating a resourcing plan to ensure that the funding in the amending Government Plan is used to prioritise regulatory improvement,” he added.

Last year, Senator Tracey Vallois submitted an amendment to the Government Plan seeking to allocate £772,650 to restore the budget for environmental regulation, which was adopted by the Government.