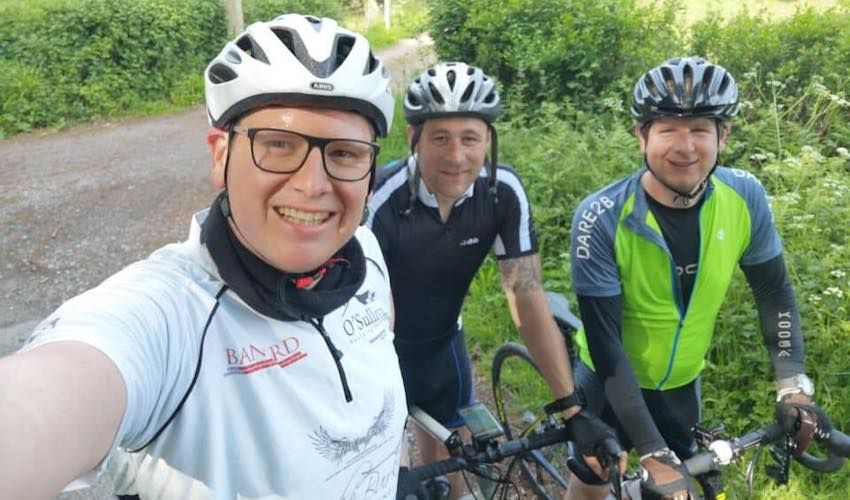 A group of eight cyclists will be riding 600 miles from Poole to Jersey to raise money for a friend and the charity that supports him after a life-changing accident left him paralysed from the chest down.

Despite admitting they are not “natural cyclists”, Joe Burkmar, Mike Coe, James Davies, Tim Hannibal, Rew Leonard, Dave Perry, Lewis Whitehouse and Nick Townend will get on the saddle on the 26 August for the six-day challenge in support of their friend, Will Ross.

Last October, Will had a life-changing accident that left him permanently paralysed from the chest down. As soon as they heard, Will’s friends started thinking about a way “to do our bit and raise money.”

Nick said all the men are close friends and decided soon after the accident to help raise funds. “We stupidly came with this idea,” he added. “We are not naturally all cyclists but we wanted to do something extreme enough that people would get interested in.”

Pictured: The friends' journey will take them from Poole to Jersey.

The group will cycle from Poole to Jersey, taking the long way round. The ride will take them from Poole (Dorset) to Folkestone (Kent) then, after a brief hop through the Channel tunnel- across to France, in St-Malo where they will cross to Jersey.

This feat will take them six days to complete, with an average of 115 miles a day for the first five days.

They have been cycling together and individually to get ready for the big day but, as Nick says: “You can never do enough.” “We are probably in a good place. We have all being doing bits. We cycle together but we also do pieces individually where we can," he said.

"Over the next weeks we will try and do a number of rides to replicate the timings. We know how long we will do each day. We are not all natural athletes,” Nick added.” But it’s all part of the fun."

Video: Will should join the group on their lap of Jersey.

When asked how they came up with the idea of the ride, Nick says they originally thought of doing one in Dorset but that they were keen to tie in a Jersey lap as Will lives there. “The easier thing would have been to just get the ferry, but we wanted to do something more extreme.”

The team is hoping to raise funds to support Will, his wife Emma and their young daughter but also to support and raise awareness of ‘The Inspire Foundation'. The charity specialises which specialises in spinal cord Injuries (including rehabilitation help), and has been working with Will during his rehab.

With a few weeks to go before the departure, the six friends are still appealing for donations. They are also looking for sponsors, with all proceeds going to the Foundation. 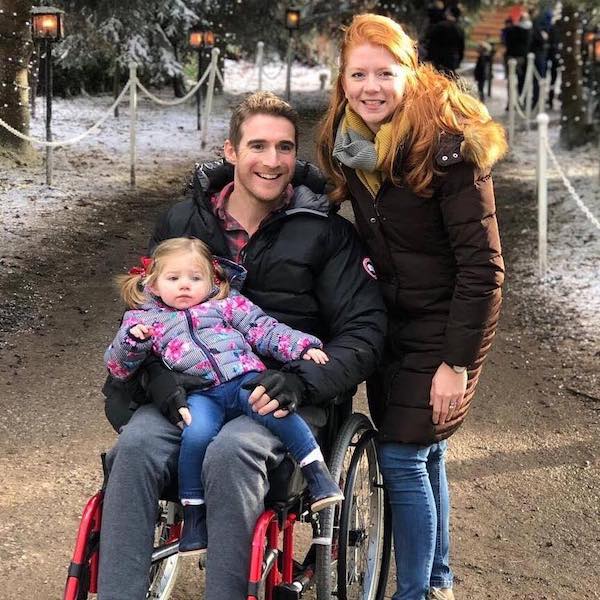 Pictured: Will Ross, with his wife Emma and their daughter, Florence.

Islanders will also get to show their support by joining the group on a nearly 30-mile lap of Jersey on 31 August. As soon as their ferry arrives, the six friends will get cycling around the rock and Will should also be joining thanks to a hand-bike that can attach to his wheelchair.

“The more, the merrier,” said Nick. “We want to make it a bigger event.”

Nick said Will was really “taken aback” when his friends told him about their idea. “Will was hugely appreciative. He was extremely grateful and excited about doing something some of it. He was really active, I think it’s the kind of thing he would love to do.

“We are a close group of friends, even though we do not get to see Will as often. As soon as we heard the news we all kind of started thinking about it privately. One of used said it would be a great idea. There’s only so much we can do it’s our way our doing our bit.”