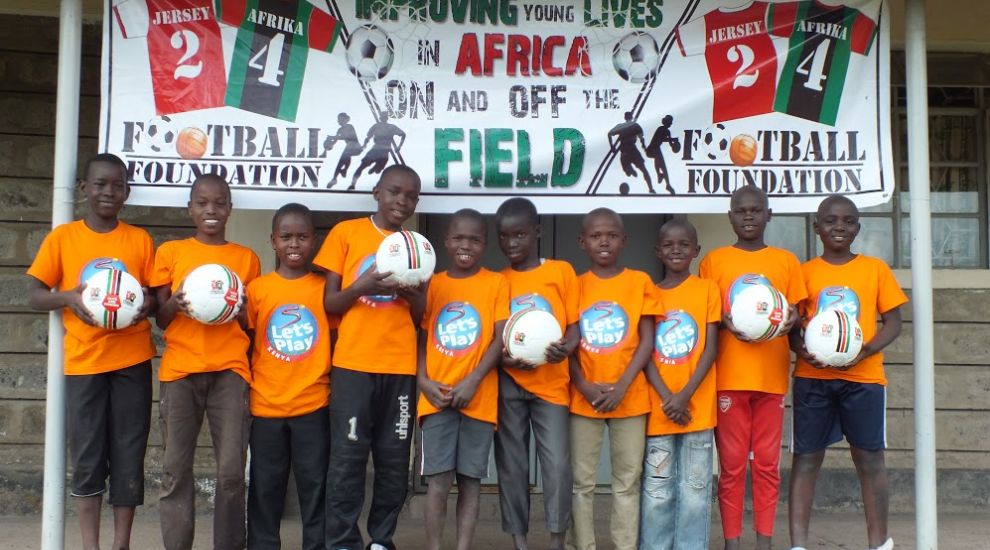 He’s a top shot on the pitch, but now Tottenham Hotspur midfielder Victor Wanyama is setting his sights further afield in his new role with a Jersey charity.

Wanyama (24), who is Kenya’s most successful ever footballer and captain of the national team, is the new ambassador for Jersey 2 Africa 4 Football Foundation (J2A) – a charity dedicated to improving the lives of young people in Nairobi slums with the power of ‘The Beautiful Game’.

Having grown up in Nairobi, Wanyama has experienced first-hand the challenges faced by young people in Africa. He has since gone on to wow crowds playing in the Premier League with Tottenham Hotspur, and was the first ever Kenyan footballer to score in the UEFA Champions League.

The Tottenham Hotspur star said that he was “honoured” to be J2A’s new ambassador.

He added: “Football has a way of bringing people together and gives young people a focus and strong sense of community, discipline and respect.  I am looking forward to working with the Foundation in its ongoing efforts to encourage young boys and girls in the slum areas of my home country how through football they can gain inspiration and hope.”

Following this appointment, J2A hopes that Wanyama’s experiences will serve as inspiration to the young boys, girls, men and women living in Nairobi slum areas, who are confronted daily with drugs, prostitution and crime.

Ricky Weir, former Jersey ‘Footballer of the Year’ and J2A Founder, commented: “The profile Victor brings, and the respect in which he is held by millions of young African boys and girls, will help bring greater attention to the young people we have been working with and giving support, hope and encouragement to through football, both as aspiring young footballers as well as encouraging, guiding and inspiring them on how to improve their lives as they grow into young adults.”

Director of J2A, Thomas Cummins, added: “Victor is known for his great sportsmanship and leadership qualities and I am delighted he has agreed to be our Ambassador.  He is seen as a fantastic role model to many children in Africa and his endorsement of the Foundation will encourage many more children to get involved in football and explore their sporting talent. This is a very exciting time for the work J2A has undertaken in the past 4 years as we move forward.”