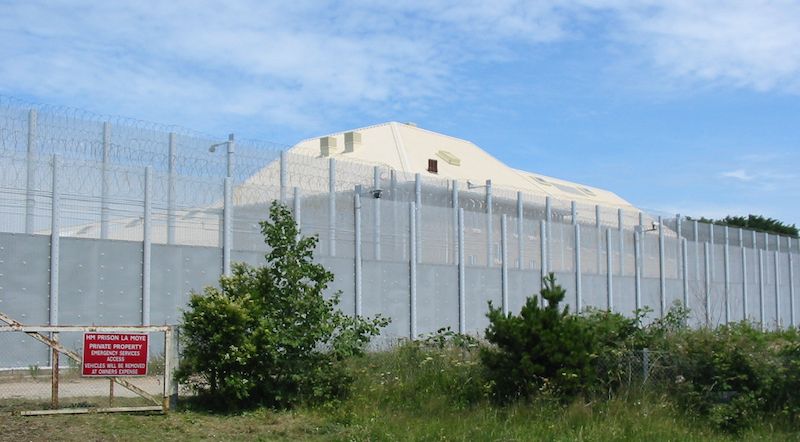 A large-scale blaze at HMP La Moye in January was caused by self-combusting tea towels, it has been revealed.

The tea towels came out of a tumble dryer and were then folded and put in a plastic bag. The heat in the centre of the pile was so great that the tea towels caught alight, causing significant damage.

The alarm was raised just after 20:00 on Friday 21 January when thick black smoke was spotted coming from the area.

Speaking to Scrutiny on Friday, Home Affairs Minister Helen Miles said that after many months of the Hospital providing meals, food was now being prepared back at the prison.

She said: “There was a fire in the kitchen, which was an accident. A bag of tea towels got so hot when they came out of the tumble dryer that they self-combusted, so there is a warning there about folding your tea towels and putting them into a plastic bag.

“The status is that the prison is still using its temporary kitchen, but we are now stopping using the hospital, which was providing meals.

“They are back up and running and preparing and cooking their own meals. We are just waiting for the insurance claim to come through in order to purchase new equipment and complete the renovation there.

“I am told that the prisoners are happy that they have returned to having their own meals.”

Posted by Martin on Nov 14th, 2022
Maybe domestic Science courses at HMP to get them to use a cool/synthetic tumble dry!

Some offenders are still dangerous even when in prison?
Posted by Scott Mills on Nov 14th, 2022
Wow sounds like prisoner's get better food there, than we would in hospital. Oh how times have changed.
To place a comment please login Login »