Private penny for your Fort? 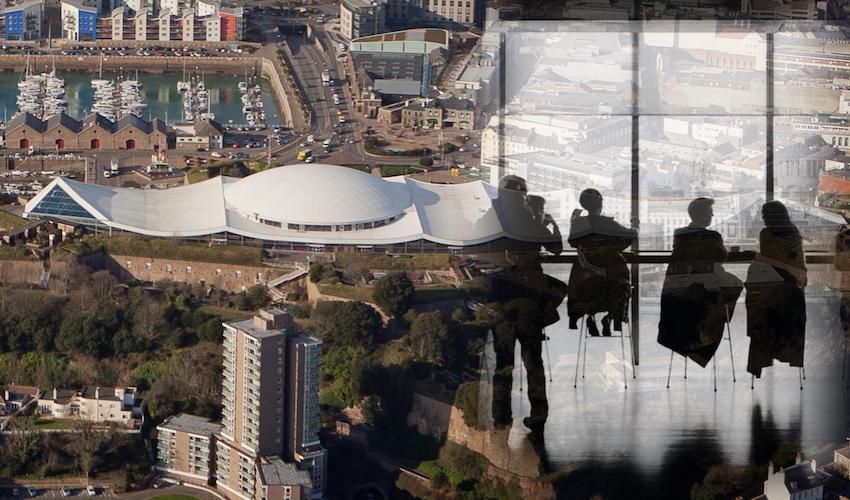 Private penny for your Fort?

Pitches from businesses are being invited to salvage the future of the ailing Fort Regent, which could pave the way for the government's first foray into a controversial method of funding public infrastructure.

Under plans developed by States’ Chief Executive Charlie Parker, Jersey’s government has announced its intention to collaborate with private businesses, inviting them to pitch for contracts to create "events and experiences" at the Fort.

Having been dubbed “a ticking time bomb” in a damning independent report as well as being plagued with serious health and safety concerns over asbestos and Legionella, the question of how to ‘save’ Fort Regent has lingered for many years.

The venue’s issues have left the site so unsafe that it led to shock emergency cancellation of all the Fort’s events earlier this year. It later reopened for bookings but at a slashed capacity to ensure safety regulations at the site were met.

Pictured: The venue has been plagued with numerous health and safety concerns.

Now, there’s been a call-out for businesses to tender for two contracts available at the centre: one for an events management company, “which will attract islanders to the Fort in the medium-term”, and another seeking private consultancy from a business “able to provide practical commercial advice on the long-term options for the Fort’s use.”

The winners of the tenders will report to the Fort’s Political Steering Group, which is led by Deputy Hugh Raymond.

Of the call-out for private sector involvement, Deputy Raymond said: “The Political Steering Group are developing a long-term vision for the Fort and – while we are formulating that vision – we want to ensure that islanders continue to use the Fort. Whoever wins the first contract will be expected to create innovative experiences which attract islanders and ensure that the Fort becomes an increasingly vibrant and well-used space.

“The second company will help us to achieve the long-term vision that we set and so, while it will be a less public-facing role, it will be very important.”

A spokesperson for the Government confirmed that the cost of both tenders will come from money that has already been allocated to the Fort, adding that pitching companies will be expected to detail a full breakdown of their costs and the contracts will only be allocated if this quote falls within the available parameters.

The method of using private finances to fund large-scale project works or long-standing maintenance issues to avoid borrowing money or dipping into government coffers was briefly alluded to in Mr Parker’s ‘One Gov – One Year On’ report, while Economic Development Minister Senator Lyndon Farnham later alluded to using private finance specifically in the case of Fort Regent following grilling during a Scrutiny Panel meeting.

These earlier suggestions of moving towards Private Finance Initiatives (PFI) now appear to have been concretised by the announcement of the Fort Regent contracts.

Speaking to Express ahead of today's announcement, Deputy Kirsten Morel, who chairs the panel that scrutinised Senator Farnham on his intentions for the Fort, said he was concerned about the lack of public dialogue as the government potentially started making moves towards the controversial method of funding that the UK Chancellor recently announced he would be putting a stop to.

"There needs to be a dialogue. At the moment, you've got to spot it in a report, and draw it out," the Deputy said. "The island should be aware of it, so we can have a discussion about it."

Pictured: Speaking ahead of the announcement, Deputy Kirsten Morel said there needed to be more "discussion" about PFI.

Although stating that he had not yet made up his mind about PFI in Jersey, Deputy Morel said that the UK's experience should raise a few alarm bells.

"PFI UK has been a mess. The reasons for doing PFI when they were first kicked off… Value for money was the main one. The idea that the private sector will deliver a project more efficiently than the public sector. That’s the basic premise," he explained.

"I was reading a 2011 Treasury Committee report into PFI, which found that there is no evidence to back up this argument that they deliver value for money. There is evidence to show that capital projects delivered by private finance initiatives are of a lower standard. The reasons for this make sense, this is the trouble... The reason they cost more, they’re not value for money, the standards are less, is because the private company needs to make money."

Giving the example of the collapse of facilities and management giant Carillion, which was widely relied on by the UK government, Deputy Morel further reasoned that such contracts, while striving to save funds, could actually put public money at risk.

"The other argument for private finance is that it reduces the risk to the government. It shares that risk with the government. But what we’ve seen in the UK is that when something goes wrong, the government picks up the bill – Carillion is a perfect example."

He called for the government to be more open with its intentions and calling for their to be "honest dialogue" with States Members and the public about the financial implications of PFI initiatives before launching into them. "The government is going to have to do a lot of convincing," he said.

Although today's announcement relates to the Fort, there had previously been suggestions that the government's continuing exploration of using private finance for public infrastructure projects was also related to the Future Hospital.

Upon the release of a report into the next steps for the heavily-stalled project earlier this month, a government spokesperson said that the type of private finance envisaged in this case was not a contract, but a potential investment fund, involving "internationally-recognised funders", such as banks and investment houses.

"This option is being developed through some feasibility work through 2019, but no decisions have been made on the outcome of the work," they said.